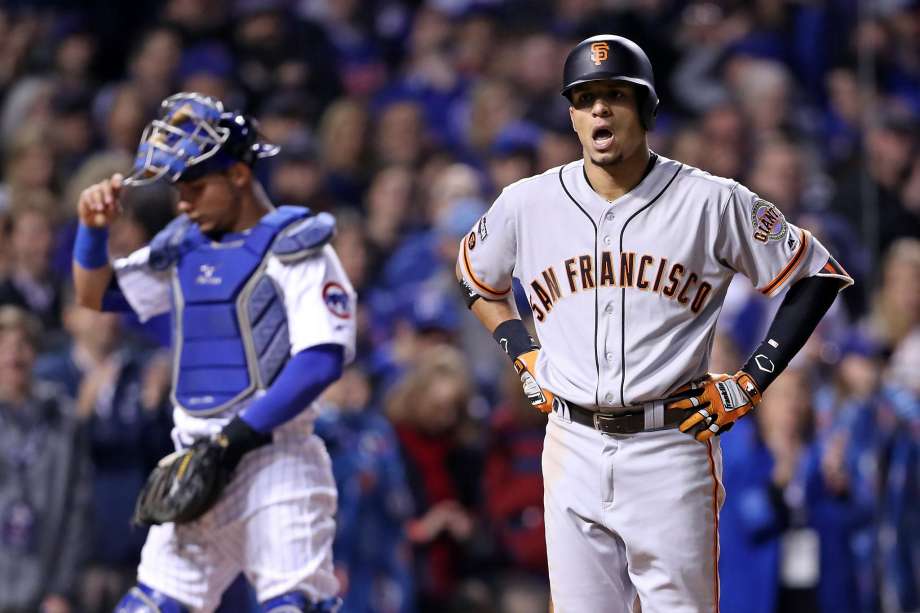 The San Francisco Giants had a 98 loss season in 2017. They then proceeded to miss out on both Giancarlo Stanton and Shohei Ohtani, despite being finalists for both. So far during the Winter Meetings, they have stood pat.

It’s no secret that they had a bad season. However, they did have some bad luck. Madison Bumgarner did some less than smart things on a dirt bike, Brandon Belt missed time to injuries, and Brandon Crawford regressed. Just to give an idea of just how poor their season was, Bumgarner made only 17 starts, and was second on the team in WAR, according to Baseball Reference. And Gorkys Hernandez – yes you read that right – got 348 plate appearance. They are really going to roll with that in 2018?

Obviously, it was a shame to miss out on Stanton and Ohtani. Even after that, they have not really been mentioned a whole lot. They have been connected to Jay Bruce, Billy Hamilton, Eduardo Nunez, and even Manny Machado. To get this out of the way, Machado is not realistic. The White Sox are currently seen as the front runners. And they do not have what the Orioles want.

Back to reality, Bruce has come up with the Giants for most of the offseason, and they have reportedly kept in touch with him. He has good career numbers at AT&T Park, slashing .293/.357/.526 with seven homers and 22 RBI. He would be a nice offensive addition and provide some power, but wouldn’t be much of a defensive upgrade over Hunter Pence. Bruce posted a 1.8 UZR in 2017, compared to a 1.1 UZR from Pence. Maybe the Giants will prioritize offense over defense in that case.

Hamilton has also been linked to the Giants, but it has been reported that their offer wasn’t strong enough. That may be a good thing. While, yes, he would play good outfield and provide speed that the team desperately needs, his bat wouldn’t play at AT&T Park.

Of course, the Giants would welcome Nunez back with open arms after trading him to the Boston Red Sox at the deadline.

Those are the names the Giants have been linked to, but are they the best fits? Probably not.

Of course, Christian Yelich would help, but even after trading Stanton and Marcell Ozuna, the Marlins have said they plan to keep him, but want to talk to him and see where his head is at. However, the package would be astronomical for Yelich. He is a budding star, and has an extremely team friendly deal, after signing a seven year, $49.5 million extension. The Giants probably don’t have the package for Yelich.

Stephen Piscotty would have also made sense, but he was dealt to the Oakland Athletics late on Wednesday. Maybe Randal Grichuck, who has struggled as of late, could benefit from a change of scenery.

J.D. Martinez would make the most sense from an offensive standpoint, but the market has been quiet on him. He’s been very good since 2014, but he broke out last year between the Tigers and Diamondbacks. In just 62 games in Arizona, he hit to the tune of a .719 slugging percentage, posting 29 homers and 65 RBI. He is likely the most coveted bat on the market, and the little rumors on him are that he is meeting with the Red Sox. He was linked to the Giants at the deadline, but nothing so far.

He would upgrade the offense more than anyone on the free agent market, and provides the most power after missing out on Stanton and Ohtani.