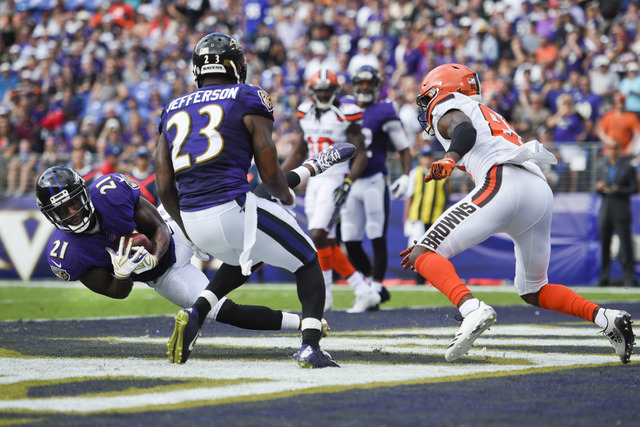 The Baltimore Ravens enter Week 15 against a team the entire NFL has fared well against. The boys in purple and black will be heading into Week 15 against the Cleveland Browns.

Baltimore is looking to prevent them from their first win, keeping their 0-16 parade hopes alive. Meanwhile, the Ravens look to keep something actually meaningful alive: their playoff hopes.

After coming off a loss in which the Ravens gave up over 500 yards passing, this week will be the perfect time to regroup and figure out how they will handle opposing teams’ passing situations down the line without star cornerback Jimmy Smith.

On the other side of Smith, Ravens rookie cornerback Marlon Humphrey is a definite bright spot. Despite Antonio Brown racking up over 200 yards receiving last week against the Ravens, Humphrey managed to hold Brown to just 37 yards. If Ravens Defensive Coordinator Dean Pees saw this last week, which all Ravens fans hope he did, then Humphrey will more than likely be on Browns’ star wide receiver Josh Gordon all game Sunday and any other team’s number one receiver moving forward.

Baltimore shouldn’t have to worry about much else defensively against Cleveland.

But the Browns have been showing signs of resilience.

They held the red-hot Chargers to just 19 points two weeks ago and took the Packers into overtime led by Kizer’s three touchdowns. Only to throw an interception in typical Browns fashion which led to the Packers scoring a touchdown the following drive to win the game.

But the Browns defense isn’t to take lightly. They are actually ranked 12th overall and can provide a problem for Ravens runningback Alex Collins as they are 6th in the league against the run. If the Ravens fail to establish a run game, then they’ll have to rely on Flacco, which has shown not to go well for the most part this season.

Ravens fans know the Browns play against them hard every week the two teams face each other. Let’s not forget the beginning of last season when the Browns came out the gate and scored 20 points in the first quarter until they became the Browns again and didn’t score a single point the rest of the game.

The Ravens will look to continue the trend of reaching the end zone more than once this upcoming Sunday after leading the league in points scored (82) the past two weeks.

This should be a win for the Ravens but they have a tendency to play down to their competition.