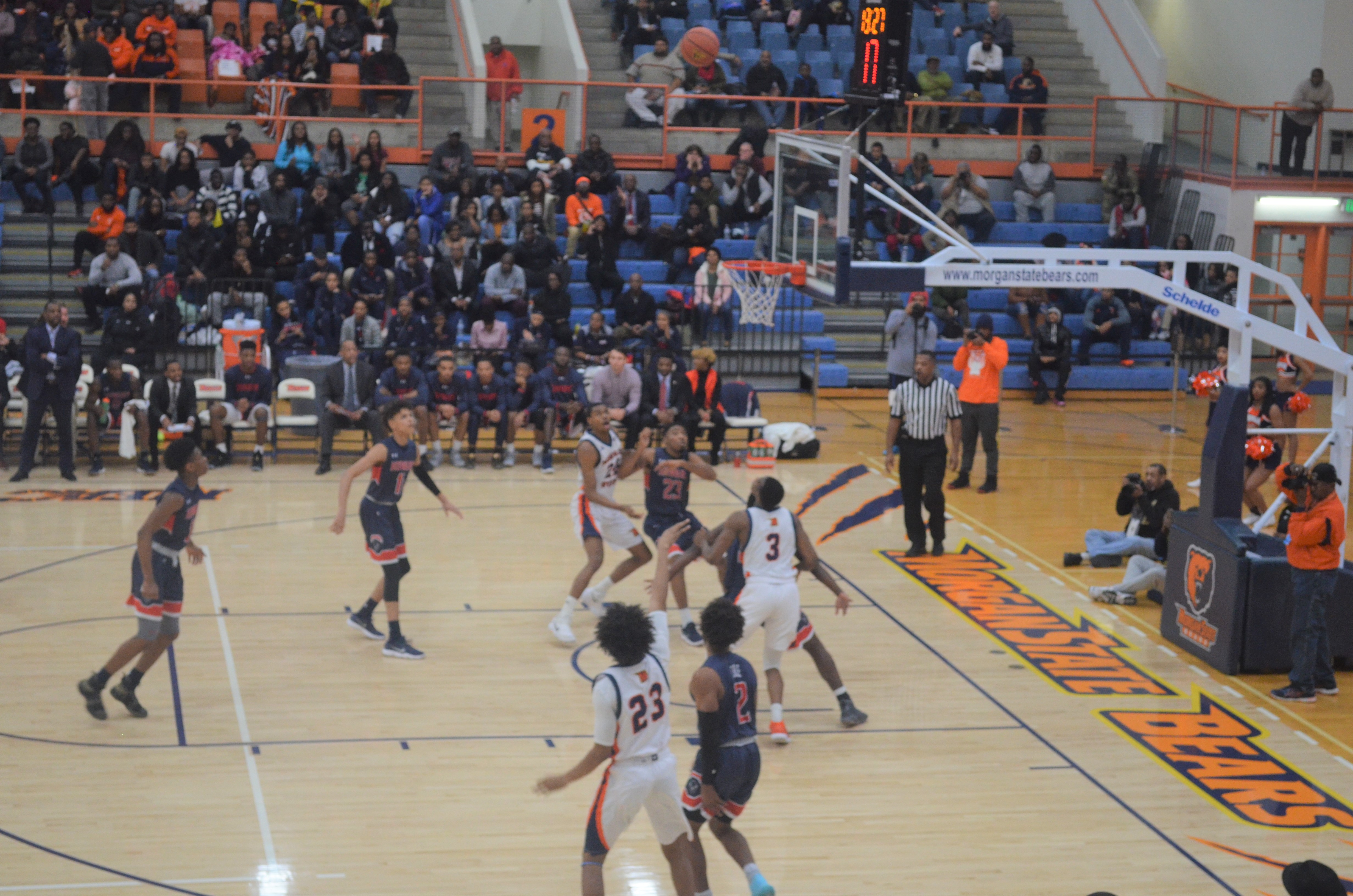 BALTIMORE — The game started HOT with a powerful dunk by Tiwian Kendley. The crowd erupted and everyone at the fieldhouse knew how this game would go. Seconds later, Howard added a powerful dunk thanks to Charles Williams. Early on, Morgan State attacked the paint hard which was rare compared to other games.

With 12:14 left in the 1st half, the Bears held to a 16-12 lead early on. The main difference was MSU’s intensity to create turnovers. That lead was later pushed to 28-19 with another Kendley dunk. Howard’s man defense was being torched by Morgan State early on. Also, the Bears’s offensive rebounding was the key to their early push. Tips deflections in their offensive rebounding helped the Bears have 5 early offensive rebounds, which lead to more Morgan State points. A Bison hard foul on Kendley stopped the game briefly with 7:04 left in the 1st Half. The foul was later named a technical foul for Tiwian Kendley as well for Howard.

In the 2nd half, the Bison started to gain more steam but could not get over the Bears’s tough offense. Howard guard RJ Cole started to heat up with the use of ball screens and flashy handles. On the Morgan State side of things, Kendley added more dunks and flare as the Bears poured things on the Bison. After the dust settled, Morgan State secured a 97-61 win over Howard.

Kendley put on a show as he led the game in scoring with 27 points. He also added 6 assists as well. Phillip Carr had 20 points and five assists in an absolute clinic. Tyson Rawls had 12 points as Morgan State poured on from every direction; even from the bench. Stanley Davis and Khalil Gracey both added seven points from the bench. Cameron Martez and Tyler Streeter both had 8 points respectfully in addition to the boatload of the Bears’ points on Monday night. Morgan State clicked on all cylinders in a total team effort. They had 22 points in the paint, 20 points off turnovers, 14 second-chance points, and 32 bench points.

Morgan State faces a tough road stretch coming up as they face Savanah State this Friday and Florida A&M on  Monday. The Bears are now 9-14 overall and 5-5 in MEAC play.