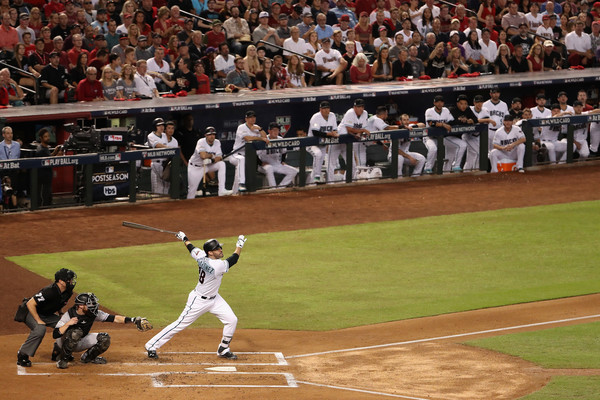 As all of us are well aware, this Major League Baseball offseason has been painfully, and I mean painfully slow.

Pitchers and catchers are supposed to start reporting to Spring Training in just over a week, and yet players like Jake Arrietta, Yu Darvish, Greg Holland and Lance Lynn all remain unsigned.

But those are just the pitchers; JD Martinez, Eric Hosmer, Mike Moustakas and Logan Morrison all remain unsigned as well.

What’s happening? It’s a classic unstoppable force meeting immovable object. The players are holding out for deals they feel they deserve, while the owners refuse to budge on the money they are letting their general managers use.

With both sides refusing to back down rumors and anonymous quotes have been flying everywhere. Anonymous player A says that they’ll wait until June if that’s what it takes anonymous Executive Z says that nobody wants to pay players for declining production, Anonymous player B says the free agents will form their own Spring Training camp, etc. etc. you get the picture.

Obviously when a guy is looking at a multi-million dollar contract and is angry for not being paid even more money it’s hard to sympathize with him. But here’s why you should feel for the players:

First of all the owners have the money to pay these guys their worth. Baseball is currently enjoying one of its most profitable periods thanks to new TV deals and all the new ways to watch the game, hell baseball has almost five thousand scheduled content dates spanning 27 markets in 2018 alone.

Secondly these players wait their whole careers, literally their whole careers, for their foray into free agency. Teams have so much control over a player from the minute they are drafted. Through rookie deals, through arbitration through everything the teams hold all the cards concerning a player’s present and future. Even through arbitration when players are supposed to start being paid fairly for their performances teams will generally lowball them and suppress their value. So free agency is finally when the players have some sort of control over their fate and can get what they feel they deserve. But now the teams aren’t even playing by those rules either.

Imagine if at your job, you had a set base salary for seven years with no chance of getting a raise for those seven years no matter how well you did you were stuck in that same spot. But at the end of that seventh year you finally get the chance to negotiate and to get what you’ve earned for your production and hard work over the past seven years. But now your boss doesn’t want to negotiate. They walk into the meeting and says okay here’s what we’ll give you and that’s it. We don’t care what you’ve done prior to this we think this number is what we feel adequately protects us and we won’t go any higher.

That’s what is happening to these players.

Even remove the top guys like Martinez, Darvish, Hosmer, Arrietta from the mix. What about the next tier? The guys who maybe aren’t blessed with as much raw talent but are still quite good. Those are the guys who really get lowballed. All the top tier guys mentioned above will inevitably get paid. But for those other tiers their value plummets and continues to fall. There are guys who will have to settle for non-guaranteed minors deals when they should reasonably be getting a real contract.

And the players are aware of this. Many have come out to support each other and even those under contract are standing with their brothers in free agency. They are united.

Major League Baseball hasn’t experienced a work stoppage or lockout since 1994, but with Spring Training so close it’s starting to feel more and more like we could see it again. In the end 1,200+ players are more powerful and hold more power than 32 owners.

Pay the players. Show them they are valued. Appreciate them. And then let them go to work.