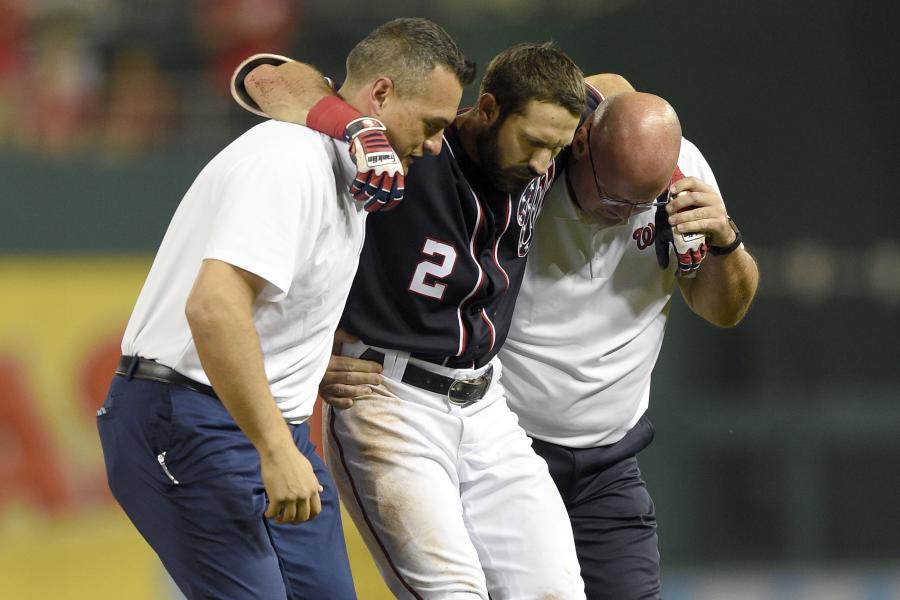 The Nationals saw a key piece return to the lineup on Saturday. Presumptive starting left fielder Adam Eaton returned to the spring training lineup for the first time since his gruesome injury in April last year. After receiving a standing ovation before his first at-bat, Eaton blasted a ball over the fence against the wind to right center field in his second at-bat of the game. He went 1-for-2 with a solo home run in his first game back.

Eaton has previously seen game action this spring, having 40 at-bats in minor league games to get his timing back. While Eaton had plenty of at-bats in the minors, he played the field just once this spring, taking a few innings in left on Thursday in a minor league game. On Saturday, Eaton saw three balls hit his way in four innings of work but failed to record an out, though none of the balls were routine plays.

Can he get back to form?

Before going down with a torn ACL last year, Eaton was having an excellent April. He slashed .297/.393/.462 and was a crucial part of the deadly top of the Nationals order. He scored 24 runs and drew 14 walks in just 23 games after being acquired for two top prospects in December 2016. It still remains to be seen whether Eaton will be ready to start in left field on Opening Day.

The Nationals will be looking forward to a healthy year from Eaton in 2018. Dave Martinez plans to have him hit in the leadoff spot this year as his high on-base percentage and speed play well at the top of the order. Eaton’s return to the lineup in a major league spring training game is just a small step, but a very encouraging one if he plans to be ready by Opening Day.