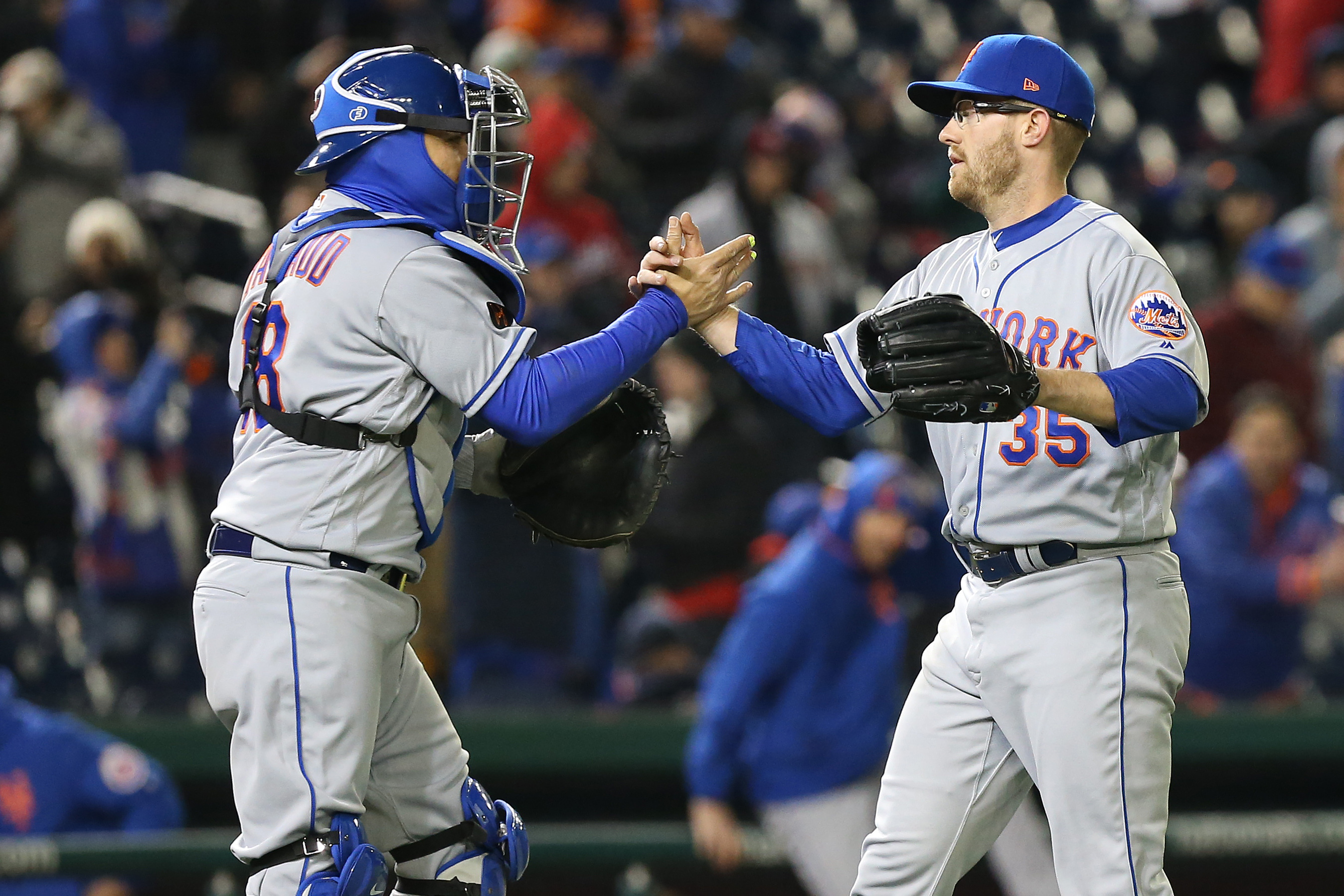 The Nationals looked to salvage a game against the New York Mets, but late inning heroics by Yoenis Cespedes spoiled the party.

In the final meeting of the series, this is how the Nationals lined up:

*Adam Eaton returned to the lineup after having a game and a half (made a pinch-hitting appearance in the previous game) off with the scar tissue in his left foot breaking up after a weird slide into home plate on opening day.

After a terrific first outing to start the season, Tanner Roark got knocked around in this affair. He gave up a grand slam to Adrian Gonzalez in the second inning, an Asdrubal Cabrera home run in the fifth inning, and five earned runs on the day. He exited in the fifth inning with 100 pitches and nine strikeouts.

The Nationals were able to keep up on a Bryce Harper home run and a productive bottom of the seventh to tie the game 5-5. But they had multiple innings with one-plus runners on base and could not capitalize, which is ultimately the reason this one went to extra innings. In the bottom on the ninth inning, with the bases loaded, Taylor struck out, followed by Severino doing the same. The issue of not being able to score in crucial situations that can dictate the outcome of the game continue to rear its ugly head for the Nationals.

Sammy Solis was the first up for relief pitching in extra innings (10th and 11th) and he was solid, nearly perfect. The game winning run came in the 12th with Brandon Kintzler on the mound. The unfortunate trend in the last three losses have been that Kinztler was the one to give up the lethal blow. He was supposed to have the day off because he pitched in the previous two games and did not have the best of outings, but as the bullpen was extremely short he had no choice. After intentionally walking Michael Conforto to get to Cespedes – who struggled majorly throughout the game – he made them pay.