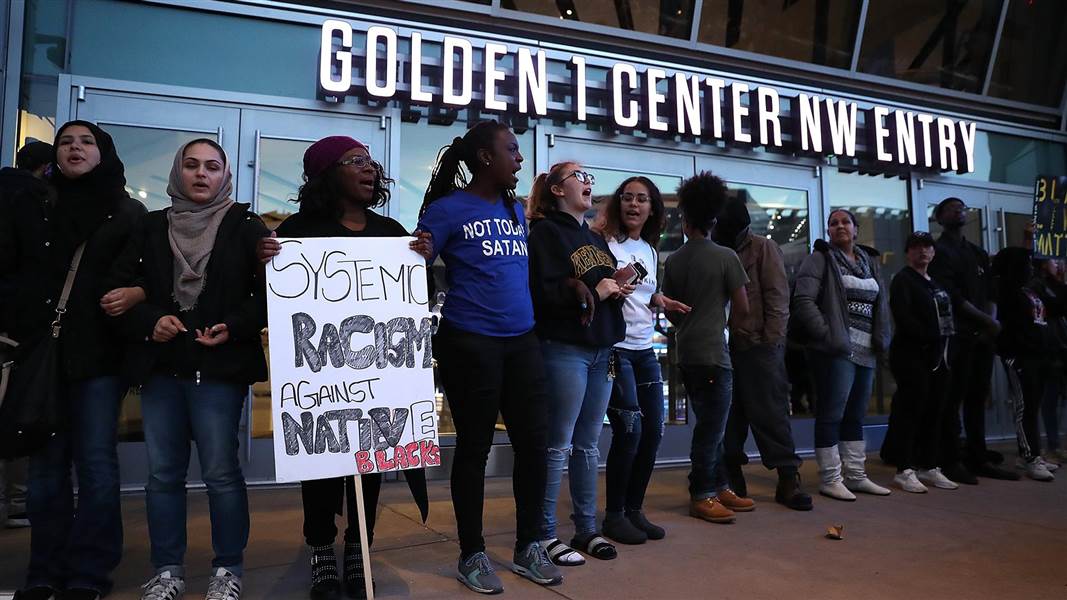 For the past 15-20 years, the National Football League has arguably reigned supreme as the most popular professional league.

That reign is rapidly coming to an end, and it has almost nothing to do what the product being put out on the field.

Another Unarmed Black Man Shot Down

On Sunday March 18, 2018, 22-year old Stephon Alonzo Clark was shot in his grandparents’ backyard by two police officers after they believed him to be holding a firearm. Bodycam footage released by the Sacramento Police Department showed about 20 shots being fired at Clark. Later investigations showed that Clark was simply another unarmed black man minding his business in his grandparents’ backyard holding not a firearm as police on the scene suspected, but his cell phone.

Hours before the scheduled 7:30pm local game-time against the Atlanta Hawks, Sacramento Kings owner Vivek Ranadive was pulled out of dinner to a scene that, in his words, caused him to be “stunned by what was going on.” Thousands of Sacramento residents hit the streets Thursday night in a protest of the events that took place Sunday night. The protests made there way to the “Golden 1 Center”; the Kings home arena that just opened in September 2016. Protesters lined the streets, locked in arms, to a point where getting inside of the arena for the game was impossible.

After receiving word from the league office that the game would not be cancelled due to the protests, Ranadive spoke with fellow executives and veterans on the team to come to the only conclusion that would allow the game to go on as scheduled as well as respect the protest; the Kings shut the doors to the arena and released a statement that read urged ticketed fans who remained outside the arena to return home and await information regarding a refund.

“Tonight’s game began with a delay. Due to law enforcement being unable to ensure ticketed fans could safely enter the arena, the arena remains closed and we ask fans outside to travel home. We will issue further information soon regarding a refund.”

The protest resulted in approximately 15,000 fans being sent home without admission to the game. At the conclusion of the game, Ranadive took center-court surrounded by his players and expressed his deepest sympathies to the everyone impacted. He also acknowledged that the NBA has not only a privilege, but a responsibility to use their platform to make a positive impact. The Kings owner concluded his statement by saying that Thursday night was in fact “not business as usual.”

All of this occurs on the same day that Johnny Manziel threw at the pro day of the University of San Diego, an event that drew the attendance of 13 NFL scouts. Meanwhile, we all know the story behind Colin Kaepernick and after the first round of 2018 free agency, his name has still not been brought up as a potential signing for any of the NFL’s 32 franchises.

Speaking of NFL free agency this offseason, former 49ers defensive back Eric Reid is on the market and hasn’t been touched with a six-foot pole. Some say it’s simply because the DB market is not in high demand at this point of the offseason; however the fact that Reid actively participated in National Anthem protests’ and helped lead the Players Coalition is playing a role in his lack of free agency opportunities and that can not be denied.

At this point it seems as if everytime a social injustice issue occurs, the NFL prefers to stick to sports, with executives even threatening players that take a stand; while the NBA has provided us with iconic moments of solidarity. From the “I Can’t Breathe” shirts worn in warm-ups after the death of Eric Garner, to the best player in the world calling the most powerful man in the world “u bum” on social media, after a statement made attacking NFL players mind you, the NBA is miles ahead of using their platform to make a positive change.

The actions taken Thursday night by the Sacramento Kings franchise is just another example how the NBA continues to walk the walk when they say they will not “shut up and dribble” while the NFL is still on the sideline taking a knee.