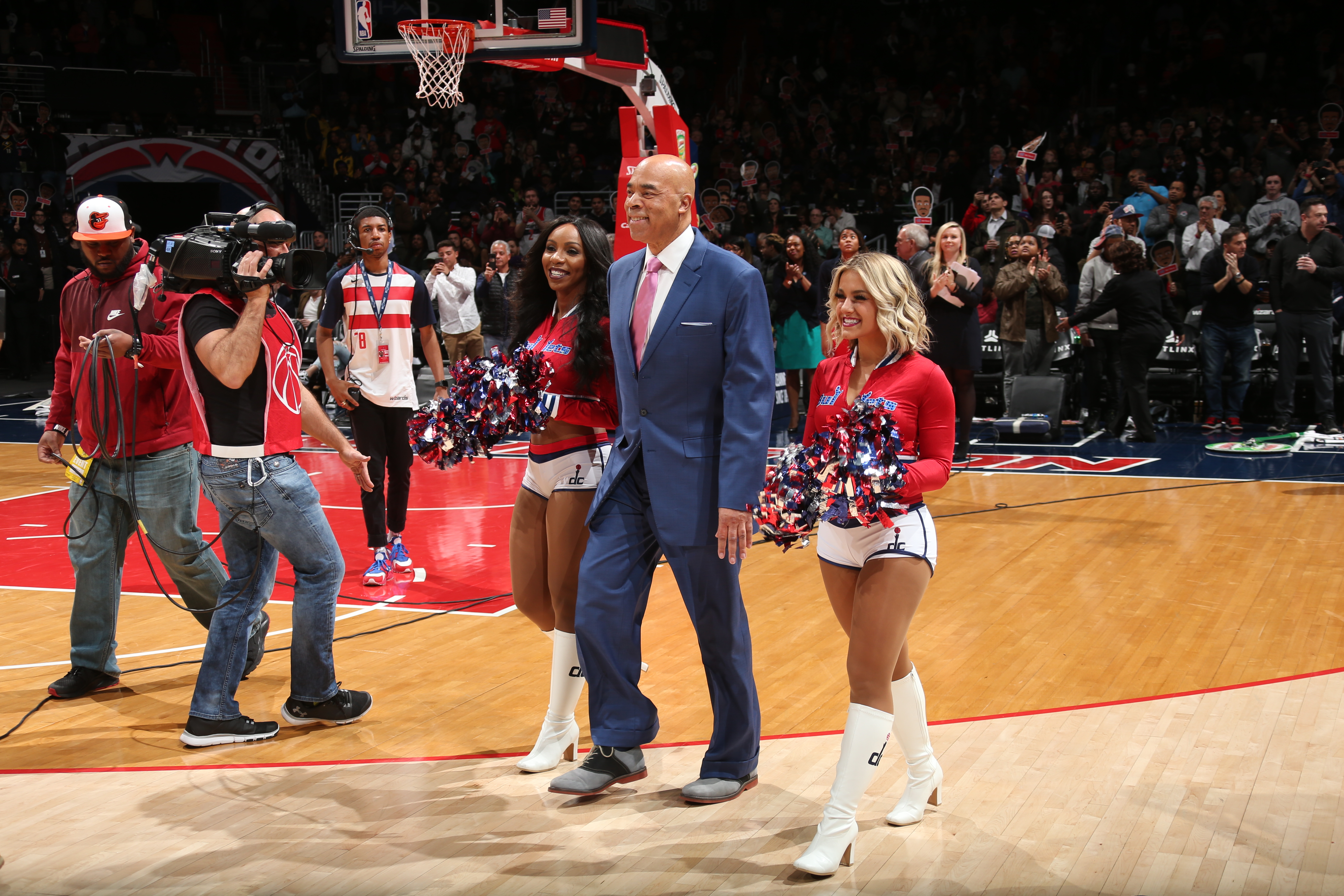 WASHINGTON- Washington Bullets’ legend Phil Chenier’s No.45 jersey was finally raised to the rafters of Capital One Arena, joining the great Earl Monroe, Elvin Hayes, Gus Johnson and Wes Unseld. To say this moment was a bit later than people expected is an understatement but the anticipation for this moment and his heartfelt speech was certainly worth it.

Phil’s dedication to this organization is unmatched not only during his time in a Bullets uniform but after serving 33 years as Washington’s television color analyst. His accolades certainly surpass your average franchise player which gives light to how special this moment was for Phil and his family.

The three-time NBA All Star started his speech by thanking vital members of the Washington Bullets organization, Abe and Irene Pullin, the longest tenured owners of a franchise in NBA history and Ted Leonsis, now owner of Monumental Sports.

After the game, Coach Scott Brooks spoke on Phil’s legacy and said, “What he has done for our organization and the city and the game of basketball. He’s a great ambassador and we all love him. It’s well deserved. It’s going to be pretty cool seeing his jersey every time that we step into this building. He’s a special person. Too bad we didn’t get the win, but it had nothing to do with this night for him and his family and all of us.”

Despite the outcome of the Wizards’ game, a 108-100 defeat to the Denver Nuggets, there is most certainly one thing for sure-Phil Chenier’s legacy will continue to live on in Capital One Arena for years to come and maybe he’ll pass over that 1978 championship luck on to this Wizards team who are certainly in need of it.