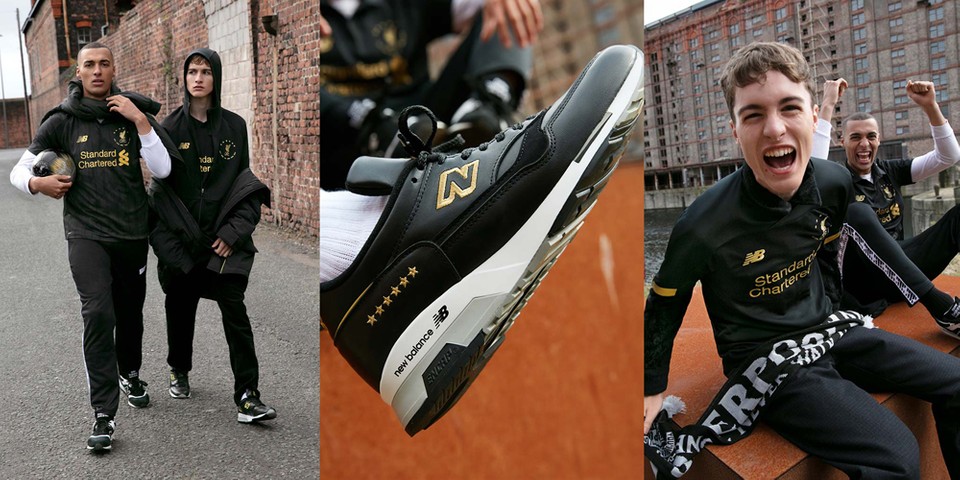 Included is a black LFC jersey with gold applications, game jacket, a football and off-pitch items including a cap, bobble hat, snood and bags.

The black jersey features gold detail on the front with the special edition crest proudly visible. The jersey has been constructed with NB Dry – technology that helps to remove moisture from the body.

Kenny McCallum, General Manager at New Balance Football, said: “With memories from Madrid still fresh in our minds, we are delighted to introduce the black Six Times Collection. We look forward to seeing Reds fans around the world in the new range.”

The range has been photographed on the streets of Liverpool, taking in locations from the Club’s city centre, celebratory parade.

The new LFC Six Times Collection adds to the line of unique and innovative kits that New Balance has delivered for Liverpool Football Club and its fans since 2011.