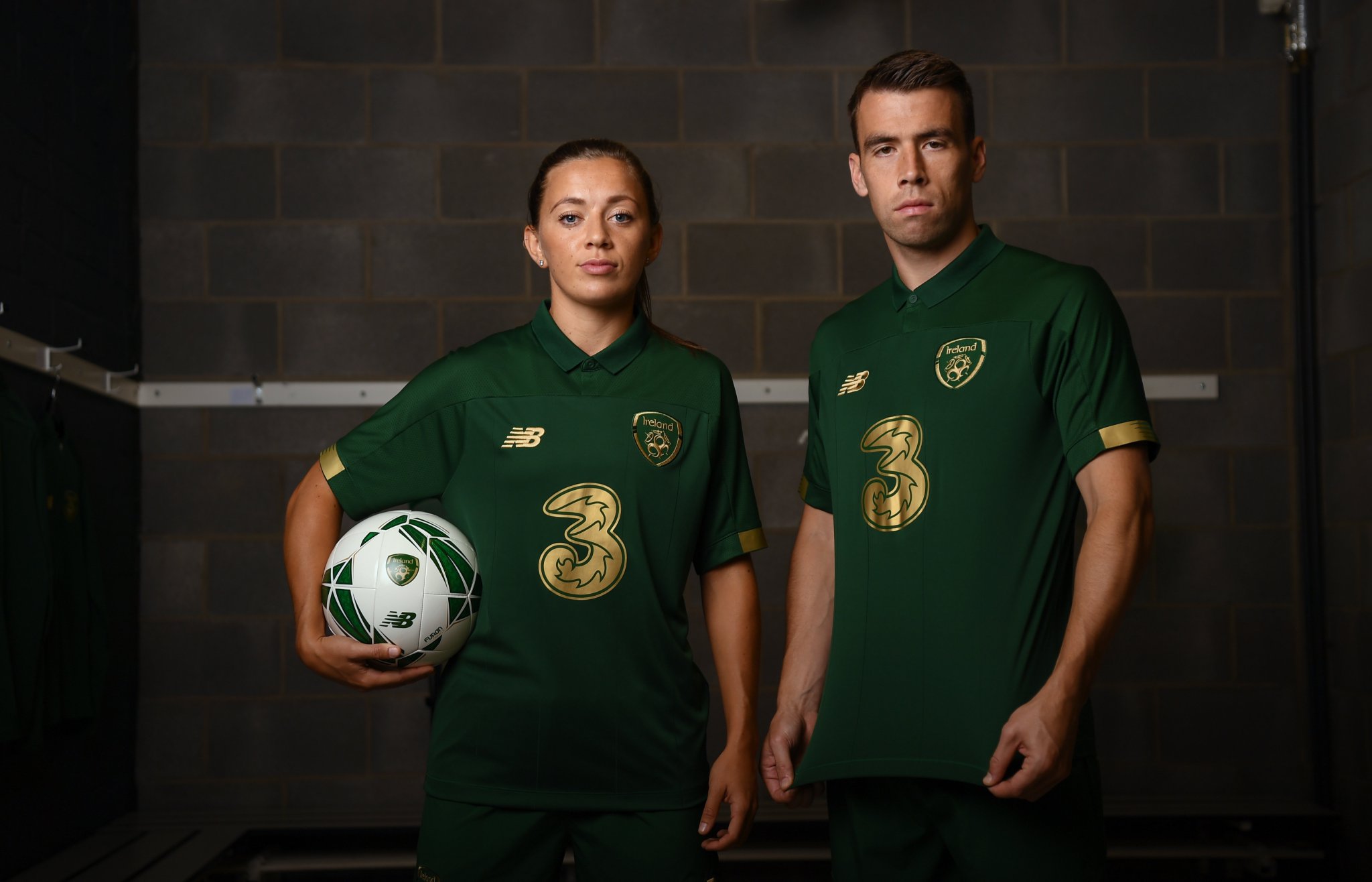 New Balance has unveiled Ireland’s home strip for 2019/20. The new kit will be worn as the team sets its sights on qualification for next summer’s European tournament.

This kit officially launches “Through It All”, New Balance’s campaign for the year, which aims to encapsulate the devoted and loyal spirit of Ireland’s legendary fans.

The jersey is designed in Eden Green with tonal pin stripes. It also features Eden Green detailing around the collar and sleeves, whilst a Gold border frames the Ireland crest on the chest.

Engineered using a host of cutting-edge NB design innovations. A bonded chest seam aids comfort, while a mesh structure across the shoulders helps breathability and airflow. NB Dry technology helps to wick away moisture to keep players comfortable during matches.

The goalkeeper strip arrives in Sparkling Grape colourway with detailing in a Bleached Lime Glo shade.

Ireland midfielder Callum O’Dowda said: “The new Republic of Ireland kit feels special. It has a new look and feel to it, which the players instantly liked. It’s always an honour to pull on the Ireland jersey, but it’s even better when it’s a jersey that you feel comfortable in. I hope that the Ireland supporters like this kit as much as the players do and we hope to deliver some big results for them whilst wearing it.”

Jonathan Courtenay, Managing Director of JACC Sports, Irish Distributor for New Balance Football, said: “We are extremely proud to be launching the 2019 Ireland home kit. Most results in the group stages of this campaign have been positive and we hope that we can get a win against Denmark and see the team qualify for Euro 2020, with games in Dublin being an added incentive. Equally the Women’s team and all age grades are performing really well so we look forward to seeing all of the teams in the new kit”.