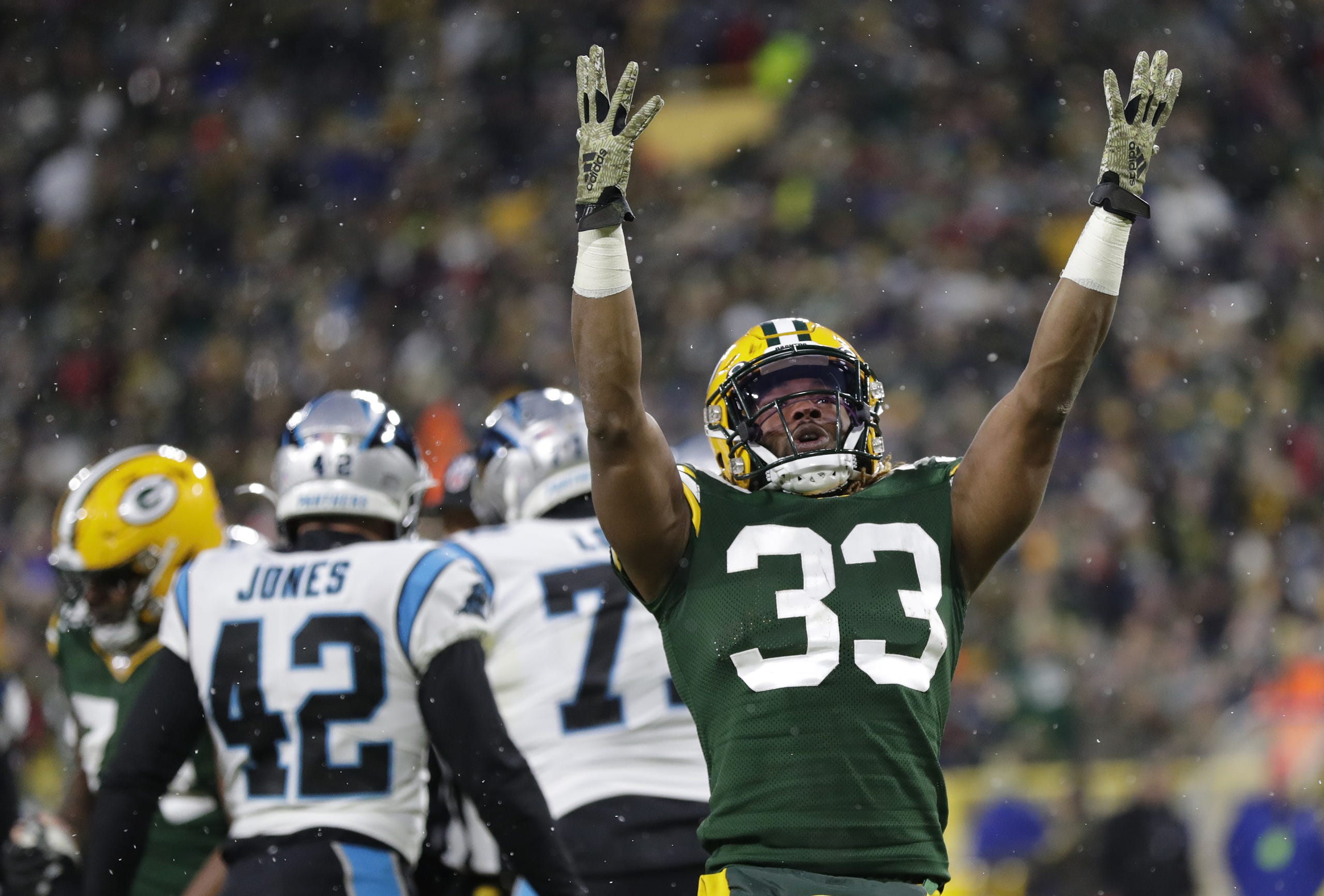 Each team had its share of off-field action leading up to Sunday afternoon’s game. For the Carolina Panthers, it was placing Cam Newton on Injured Reserve and welcoming back Mario Addison after a personal tragedy. For the Green Bay Packers; they were reeling after a 26-11 loss to the Los Angeles Chargers.

Early in the week, many Panthers players expressed that getting to Aaron Rodgers early and often would be the key to the game. No one mentioned stopping the run – which ultimately cost the Panthers the game along with a couple of turnovers. Going into Sunday’s game, the Panthers were ranked next to last in the NFL in rushing yards allowed per carry. The Packers looked to exploit this weakness in an otherwise solid Panthers defense.

The two teams traded touchdowns in the first quarter with Panthers receiver Curtis Samuel putting the Panthers on the board first with a 2-yard touchdown reception. The Packers responded on their next possession with Aaron Jones scampering into the end zone for the first of his three touchdowns on the day.

One of the areas that has been somewhat of an Achille’s heel for the young quarterback has been ball security. Allen’s second quarter fumble was recovered by Green Bay and ultimately led to another Aaron Jones touchdown. Another definitive moment in the half occurred when the Packers were facing 3rd-and-13 from their own 7-yard line when Rodgers was taken down in the end zone. What would have been a safety ended up giving the Packers 15 yards and an automatic first down as Panthers defensive lineman Gerald McCoy was flagged for a questionable roughing the passer penalty. The Packers would drive all the way to the Panthers 1-yard line before McCoy, in an act of redemption of sorts, drove running back Jamaal Williams back 3 yards to keep the Packers out of the end zone going into halftime.

Any momentum the Panthers had going into the locker room was nonexistent as the second half got underway. Outside of sacking Rodgers on the first play from scrimmage, the Panthers did little to stop the Packers drive down the field. After a series of chunk plays; including plays of 38 and 28 yards, the Packers found their way back into the end zone and with a 21-10 lead. On their next possession, the Panthers drove to the Packers 11-yard line before Allen was intercepted by Tramon Williams. This time, the Packers took advantage of the turnover with a field goal to increase their lead 24-10.

Early in the fourth quarter, running back Christian McCaffrey closed the gap a bit with a 3-yard touchdown. Panthers head coach Ron Rivera decided to attempt the two-point conversion; a decision fueled by analytics. The Panthers could not convert and were starring at an eight-point deficit. Although run defense looked porous at times, the Panthers still were in position to at least tie the game with 2:25 left in the game.

The Panthers drove down to the Packers 7-yard line before a pair of Green Bay penalties put the ball on the 2-yard line. After a couple incompletions, Allen handed off to McCaffrey with 4 seconds left in the game and he was stopped mere inches from the goal line. After a booth review, the call on the field was upheld and the Packers escaped with a 24-16 win to move to 8-2 on the season while the Panthers fell to 5-3.