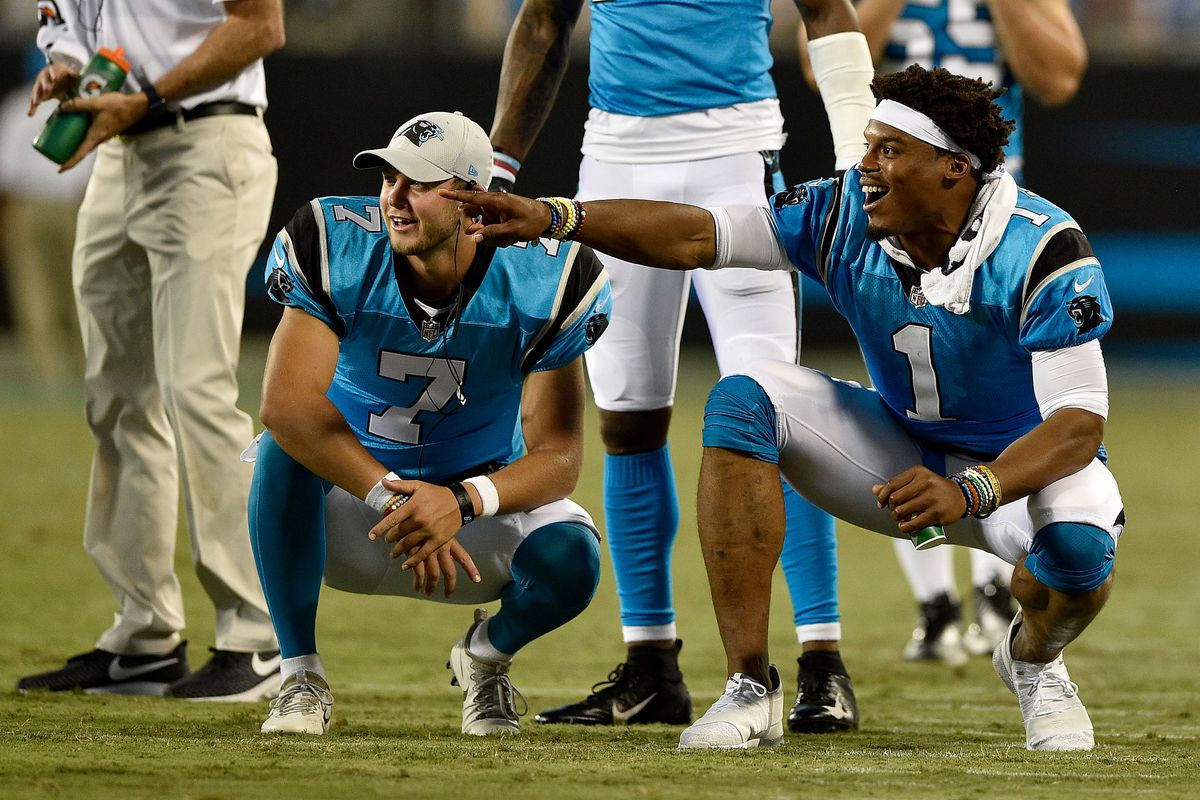 While the decision to place Cam Newton on Injured Reserve may have come as news to most; the Carolina Panthers players were not surprised. In fact, most were relieved as it brings an end to the constant quarterback question week after week.

“(The media) wants to hear people talk about it, ” said safety Tre Boston. “For us, I mean again, the way we handle it is to just ignore it. In our locker room, in our building, we’ve known Kyle the whole time, what’s been going on. To hear it happen finally (the decision to place Newton on IR), you’re like, you know, you’re kinda glad because you want (Newton) to heal. You want everybody to be quiet about Cam/Kyle, Cam/Kyle. You couldn’t just have two great quarterbacks and go on with your season that way because the media just wouldn’t let us.”

“I wanted to get that weight off my brother’s chest. Obviously (Newton) is trying his best to get back each and every week. Well if you know the history of the injury, it’s not easy to come back from. So I’m happy to see him get the recovery time that he needs.”

Head coach Ron Rivera echoed Boston’s sentiments by saying that the move provided clarity. When speaking to media, Rivera stated that having the decision out of the way benefits Allen who won’t have to worry about the ramifications of a bad outing or two. Rivera also went on to disclose that the decision to place Newton on IR was a collective decision involving the medical team, coaches, and Newton himself. While rumors swirl about Newton’s time with the Panthers in the near future, Rivera says that he appreciates the fact that Cam wants to be around and is still around the team. During open locker room, Newton was spotted walking through the locker room with a smile on his face and appeared to be in good spirits.

Shortly after the announcement was made on Tuesday, Allen posted a message on Instagram showing appreciation for Newton and the guidance and support he has provided during this time. “Thank you for setting the example. We got you,” stated the caption.

“It’s bittersweet,” said wide receiver Jarius Wright. “You get the bitter of not having a guy that you love to be around; not having one of your friends out there with you. The sweet part is a guy like Kyle Allen gets his chance to be the guy he is. I tell you all the time that Kyle Allen is Kyle Allen. He’s a vocal leader; you see the way he goes out and plays the game.”

Of course there is the slim chance that Newton could be available should the Panthers make a playoff run but that is not something that Rivera will address until that time comes and rightfully so. The Panthers are focused on traveling to Green Bay on Sunday to face a Packers team with the stale taste of defeat fresh on their palate after losing to the Los Angeles Chargers last Sunday.