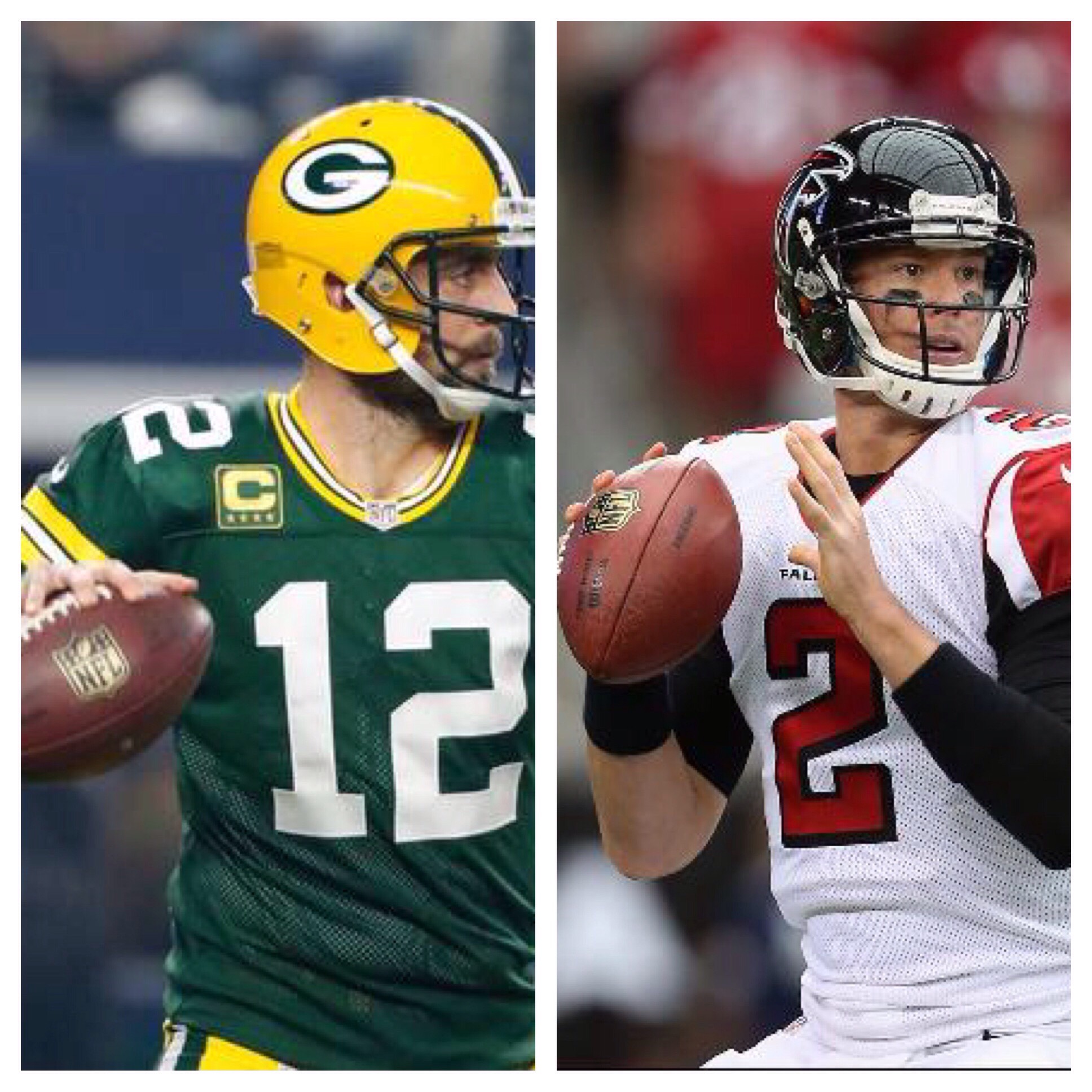 The battle for the NFC conference crown begins Sunday at 3:05 pm EST. The hottest team in NFL the fourth-seeded Green Bay Packers will visit the league’s best offense the second-seeded Atlanta Falcons.

What to know about Green Bay:

In the most thrilling game of the Divisional Round playoffs thus far, the Green Bay Packers escaped Jerry World with a tense 34-31 victory over the Dallas Cowboys. The Packers kept their sizzling form intact, now having won their last eight contests to advance to the NFC Championship Game for the first time since 2014.

Aaron Rodgers was far from perfect that night – 356 passing yards, two touchdowns and a pick on 28-of-43 passing – but he didn’t need to be his invincible self to shock the Dallas crowd with the way his team pulled through in the clutch. The hero of the game was actually kicker Mason Crosby, who hit two 50-yard field goals in the final two minutes of the game, including the 51-yard, game-winning kick with 12 seconds left.

We really shouldn’t discredit Rodgers’ performance despite his relatively lackluster numbers. After all, the former Super Bowl champ had to work without top wide receiver Jordy Nelson (ribs). Currently, Nelson is questionable for the Falcons contest. And if there’s a solid takeaway from Green Bay’s victory, it’s that tight end Jared Cook (six catches for 104 receiving yards and a score) proved to be a viable option for Rodgers in the absence of Nelson.

However, the Packers’ defense reverted back to its clumsy self by nearly losing a 15-point lead over Dallas in the third quarter. The Cowboys even outgained Green Bay 429-414 in total offensive yardage, and this simply cannot be the case next Sunday against Atlanta’s very potent and dangerous offense.

What to know about Atlanta

With a convincing 36-20 win over the Seattle Seahawks on Saturday, it’s about time that NFL fans finally buy into the hype surrounding this season’s Atlanta Falcons.

For as stellar as Rodgers was against the Cowboys, Matt Ryan was even more impressive in dissecting the Seahawks’ vaunted defense. Ryan, completed 26-of-37 passes for 338 yards and three touchdowns to become the first QB to have thrown for 300 or more yards, three TDs and no interceptions against a Pete Carroll-led Seattle defense. By the way, Ryan connected with eight different receivers to achieve such a feat, which goes to show how deep Atlanta’s aerial attack really is right now.

The Falcons run game behind the duo of Devonta Freeman and Tevin Coleman was spectacular enough to baffle Seattle as well. Freeman and Coleman combined for 102 rushing yards and a score on 25 carries, further strengthening their team’s distinction as the seventh-highest scoring offense in NFL history.

Take note that the Seahawks had a top-five defense in the regular season and that the Falcons blew them away with little to no resistance. Green Bay’s defense, meanwhile, ranks in the bottom-third of the league in yards (363.9) and points (24.3) allowed per game.

Russell Wilson was sacked three times, hit seven other times and was picked off twice, showing that the Falcons’ opportunistic D came to play in the postseason. The same Falcons that were tied for fourth in the regular season with a plus-11 turnover difference. Atlanta has won five of its last six games in Hot-lanta, including the 33-32 nail-biter over Green Bay on October 30th.

This game is looking like a shootout. It will be tough sledding for the Packers because their receiver corp is in disarray. Davante Adams has not practiced all week his status for the game is questionable. It seems however, that he’s on the doubtful side of that tag. If a scenario in which Rodgers doesn’t have Nelson or Adams, it could spell the end for these packers.

In the end, Green Bay is going to fight but Atlanta advances to their Superbowl since that crushing defeat in 1998 against the Denver Broncos.