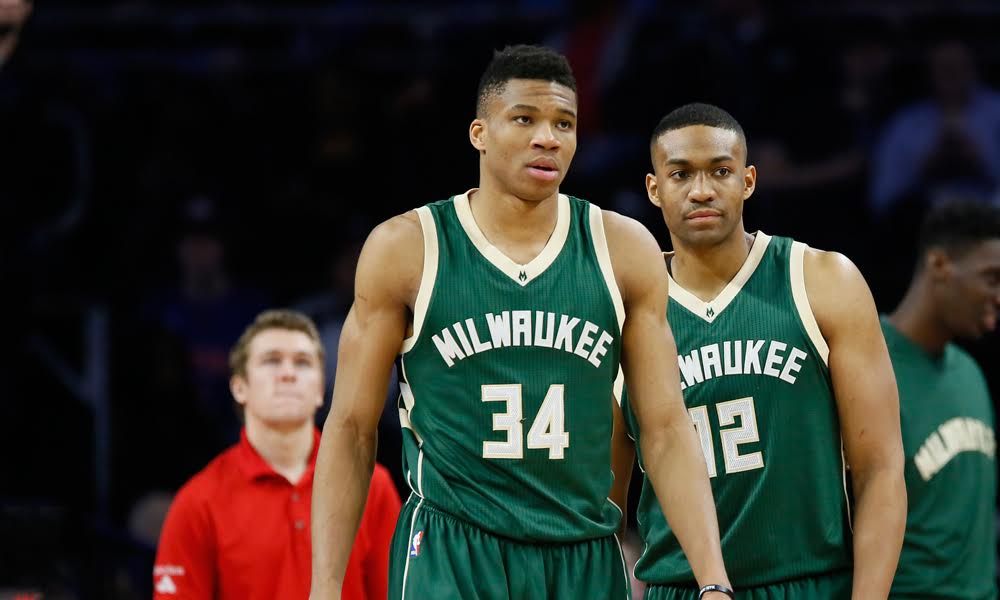 Here’s the weekly check in on the NBA’s Central Division:

The Cavs blew a 3-1 lead in the NBA…wait, wrong story. The Cavaliers were trounced in their Martin Luther King Day matchup with the Golden State Warriors, losing by 35 points. They then bounced back on the road against the Phoenix Suns. LeBron James recorded a near triple-double with 21 points, 15 assists, and nine rebounds. The Cavs lost an overtime game yesterday to the San Antonio Spurs, 118-115. Spurs star forward Kawhi Leonard dropped 41 points in a winning effort.

Both LeBron James and Kyrie Irving were named starters for the Eastern Conference team in the 2017 NBA All-Star Game. Neither of the two Cavaliers are surprise picks in said announcement. Teammate Kevin Love has a solid chance of joining them as a reserve for the team.

The Cavaliers have yet to acquire the backup point guard that LeBron James has requested. They’re on the road on Monday against Anthony Davis and the New Orleans Pelicans. They then return home for three games against the Sacramento Kings, Brooklyn Nets and a Sunday afternoon matchup with the Oklahoma City Thunder.

The Pacers beat the New Orleans Pelicans by three on Monday. Jeff Teague and Myles Turner both recorded double-doubles in the winning effort. The Pacers then beat the Kings 105-100, with Paul George throwing down this monster jam.

Paul George attacks the rim for the @Pacers! #GoPacers pic.twitter.com/bRn9fWYAD4

They were then defeated in back-to-back losses against the Los Angeles Lakers and Utah Jazz. George fouled in the second game, finishing with 19 points on 8-16 shooting.

Paul George was not named a starter for the Eastern Conference All-Star team. This, however, was to be expected. There is a very good chance that George is selected as a reserve for the team. Becoming a reserve would mark his fourth All-Star selection.

The Pacers will play host to the New York Knicks on Monday in a game TNT is covering. From there, they’ll travel to Minnesota to take on the Timberwolves on Thursday. They return home Friday for a rematch with the Kings and finish the week against James Harden and the Houston Rockets.

The Bulls beat the Pelicans last Saturday by eight points in Chicago. They then won the next day on the road against the Memphis Grizzlies, thanks in no small part to Doug McDermott and Jimmy Butler. After returning home for one game only, they lost a heartbreaker to the Dallas Mavericks. Mavs G Wesley Matthews hit the game-winning three with 12 seconds left in the game. Chicago then lost to the Atlanta Hawks in Atlanta on Friday by nine, but the Hawks led at one point by 34. The Bulls then closed out the week with a very controversial three-point win over the Sacramento Kings.

Bulls end up with the win after a questionable foul call on Boogie 🙃 pic.twitter.com/ceg3gvvdkh

Jimmy Butler is an All-Star Game starter, his third consecutive selection. If it were up to solely the fans, however, teammate Dwyane Wade would be starting. Butler would not, in this scenario, losing out to Philadelphia 76ers rookie center Joel Embiid. It is still possible that Wade will join him as a reserve.

The Bulls will travel to Orlando on Tuesday and then return home the next day for a mini home stand. The three-game stretch will include games against the Atlanta Hawks, Miami Heat, and the Joel Embiid lead 76ers.

The Bucks went on a cold streak, losing all five games they played this week. First, the Bucks lost by 13 to the Atlanta Hawks on the road. Then, they lost to the 76ers, which included this monstrous slam from Joel Embiid.

After that, they dropped three straight on the road. This included an 18-point loss to the Miami Heat yesterday. Rookie Thon Maker got his first start of his NBA career. Maker only played 18 minutes, as the start stemmed from Jabari Parker breaking team rules.

Giannis Antetokounmpo is a starter for the NBA’s 2017 All-Star Game. This will not only be his first start in the annual games, but also his first time at the event. While the rest of the reserves have yet to be named, there is a good chance he is joined by teammate Jabari Parker.

I really enjoy watching the Bucks' Giannis Antetokounmpo aka "The Greek Freak" and Jabari Parker. Both are All-Star caliber players!

The Bucks have a shot at redemption against two teams that defeated them recently. On Monday, they face the Houston Rockets at home. Then on Wednesday, the Philadelphia 76ers revisit Milwaukee. The Bucks go on the road Friday to play the Toronto Raptors before returning home to play the Boston Celtics on Saturday.

The Pistons have been on an uptick, winning all three games they played this week. First, they beat the Los Angeles Lakers on Monday by five points. Andre Drummond contributed a double-double in the winning effort with 15 points and 17 rebounds. Detroit then defeated the Atlanta Hawks by 23 points. Reggie Jackson spearheaded the effort with 26 points. Finally, they overcame the Washington Wizards with a game-winning shot by Marcus Morris over his twin brother.

Marcus Morris Game-Winner at the buzzer vs the Wizards! pic.twitter.com/MN8vNX1tDF

Stan Van Gundy had a very interesting quote when asked about the availability of players on his team.

#Pistons SVG on trade talks 🔥🔥🔥🔥🔥: "Everybody’s available. I got asked a question the other day: there’s a.. pic.twitter.com/ywvTyulgk3

At the very least, SVG is keeping it real. There have been rumors of a Reggie Jackson for Ricky Rubio trade. It remains to be seen just exactly what Detroit will do as they inch closer and closer to the trade deadline.

Detroit gets a bit of a break in the upcoming week, as they only play twice. They will face the Sacramento Kings on Monday at home before hitting the road Saturday to play the Miami Heat.