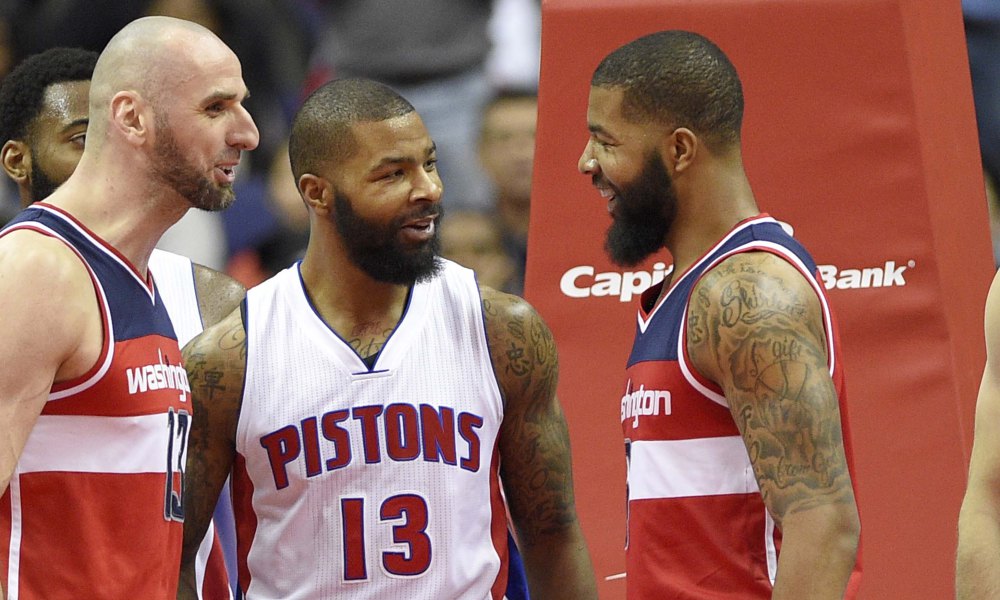 Entering tonight’s game the Washington Wizards had won four-straight games, however their streak came to an end tonight in heartbreaking fashion 113-112. After finding their way back into the game by outscoring the Pistons 30-15 in the fourth quarter, Marcus Morris played the hero as he tipped in the game-winning basket as time expired.

The road has been an issue for the Wizards this season despite sneaking out of New York with a win against the Knicks on Thursday. The loss brings their record to 23-20 overall and 5-14 on the road. For Detroit, they improve to 21-24 overall and 12-9 at home. The win extends their streak to three.

The Pistons came into tonight without their third leading scorer, Kentavious Caldwell-Pope. The sharpshooter is averaging 14.5 points per game while shooting over 40 percent from the field this season. Nevertheless, the Pistons still managed to shoot 39.3 percent beyond the arc with solid production from their bench to help earn the victory.

—Kelly Oubre Jr. and Jason Smith both had solid outings. Oubre Jr. had two steals in the first half that happened by deflecting two passes that was intended for his matchup. Both resulted in breakaway dunks. He finished the game with 11 points on 5-of-8 shooting. Smith continues to be an outside shooting threat in kick-out situations. Six of his 16 points came off three’s. For the game, Smith shot 6-of-9 from the field. The two accounted for 27 of the bench’s 34 points.

–Otto Porter came into tonight as the number two three-point shooter in the league, converting on 45.8 percent of his attempts. He went 2-for-6 from deep tonight and finished with just 11 points.

–Bradley Beal had two scary falls that caused the entire fan base to hold their breath. One occurred on an attempted charge attempt when he slammed his head on the floor. The immediate thought was that he may have had a concussion, but after gathering himself for a second, he resumed play. Another fall came on a fastbreak dunk attempt. A Detroit player got a piece of his arm which caused Beal to land awkward on his knee. He immediately grimaced in pain and Porter called the medical staff over, but again, Beal was able to stand up on his own and convert on both free-throws.

–The Wizards got off to a quick start similar to when they played the Portland Trail Blazers, starting the game on a 9-0 run. The Pistons answered by outscoring the Wizards 30-17 the remainder of the quarter to head into the second period with a four-point lead.

–As a team, the Wizards shot 8-for-26 (30.8%) from three. It wasn’t like Detroit’s defense was prohibiting good looks, there were plenty of times where Wizards players were in catch-and-shoot situations with a second or two to set their feet. They just couldn’t make them pay.

–In the battle of the twin brothers, Marcus Morris had the final laugh not only because he had the game-winning tip-in, but also because he led all scorers with 25 points and also pulled down 11 rebounds. Markieff finished with a respectable 19 points and nine rebounds. They both shot 7-for-17 from the field.