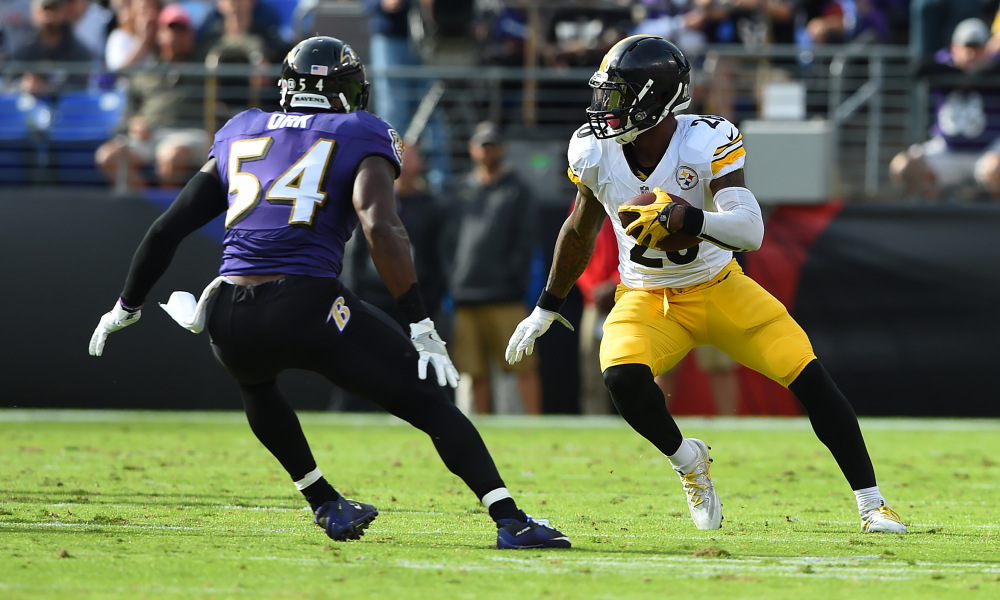 For many, Christmas is joyous time to gather and share special moments. While also exchanging gifts.

The only thing division rivals Ravens and Steelers will exchange on Sunday is trash talk and hard hits. For the Ravens (8-6), they have won five of their last seven. However, they still are on the outside of the looking in when it comes to the playoffs. They are gunning for what the Steelers (9-5) have which is first place in the AFC North. Two bitter rivals meeting on Christmas Day with plenty of playoff implications at stake. Does that not sound festive? Here is the preview for Ravens-Steelers.

What To Know About Baltimore

The Ravens were poised to make the most of a lost year in 2015. The first under .500 season under coach John Harbaugh last season was odd to say the least. This season has presented a similar bugaboo as last year: injuries. Beyond that, they are still alive in the playoff race. The offense is led by quarterback Joe Flacco, who is sixth in the league in yards with 3,788. While he has played ok so far, he is on a four-game streak with an interception. Granted, Flacco has still produced despite the amount of injuries around him. Receiver Mike Wallace is the deep threat that Flacco often relies on. Wallace is easily having his best season in quite awhile with 963 yards and five touchdowns. Wallace along with Steve Smith (60/686/4) and Dennis Pitta (67/563/2) help quietly form the eighth ranked passing offense. The run game on the other has not been as reliant with only six games over 100 yards rushing. Lead back Terrance West is the most “consistent” and leads the team in rushing (729 yards, five TDs).

The identity for the Ravens over the years has been an aggressive defense. Outside linebacker Terrell Suggs is the leader of the defense and leads the team in sacks with eight. Free safety Eric Weddle is the leader in interceptions with four and second on the team in tackles (46). The run defense is second in the NFL as they only allow 82.1 yards per game. Defensive tackle Timmy Jernigan (15 tackles, five sacks) and linebackers Zach Orr (83 tackles, two INTs) and C.J. Mosley (48 tackles, three INTs) are the main reasons why. The unit is one of the best in the league as evident to ranking fifth overall in total defense.

What To Know About Pittsburgh

The triplets on offense for the Steelers are arguably the most identifiable in the NFL. Quarterback Ben Roethlisberger, running back Le’Veon Bell, and receiver Antonio Brown is the trio that leads the Steelers offense. A unit that is seventh overall (374.6 ypg) and 11th in scoring (24.4 ppg). Roethlisberger bounced back from a dreadful week 14 performance to throw for 286 yards and a score last week. On the season, he has thrown for 3,540 yards and 26 touchdowns with 11 interceptions. Bell missed the first three games of the season yet he still has 1,747 total yards and seven scores. Brown is his normal self as he is second in the NFL in catches (98), fourth in yards (1,188) and second in TDs (11).

A defense that was often picked on last season has made great strides in 2016. Overall, the Steelers are eight in total defense (334.1 ypg) and ninth in scoring (19.7 ppg). Just like past seasons, the linebacking unit is in charge and drives the defense. Inside linebackers Ryan Shazier and Lawrence Timmons are first and second on the team in tackles. Veteran outside linebacker James Harrison leads the team in sacks with five. A pair of rookies, CB Artie Burns and DT Javon Hargrave, have slowly established themselves as key players on the unit.

Nothing like a clash of two bitter rivals on a festive holiday.

Both teams enter with defenses that are stingy in allow opposing points. The spotlight will be on the defenses, but the Ravens run game will have to get cranking. The element has been up and down this season and it has a big test ahead. The Steelers are fifth against the run and have not allowed 100 rush yards since early November.

The Ravens defense has a propensity of causing turnovers left and right. The unit is third in the league in takeaways with 26. They also have caused a turnover in all but two games this season. Something to definitely keep an eye on.

If you recall back in week nine, a 21-14 Ravens win showcased two stellar defenses. Also, that was Roethlisberger’s first game back from a meniscus injury. He was obviously not his normal self yet he still had 264 yards and two total touchdowns. So with Roethlisberger more healthier now, it can be the difference. I expect both defenses to make plays and get after the opposing quarterback. However, Roethlisberger and the offense are much different at home and they squeeze out a tight and scrappy win.