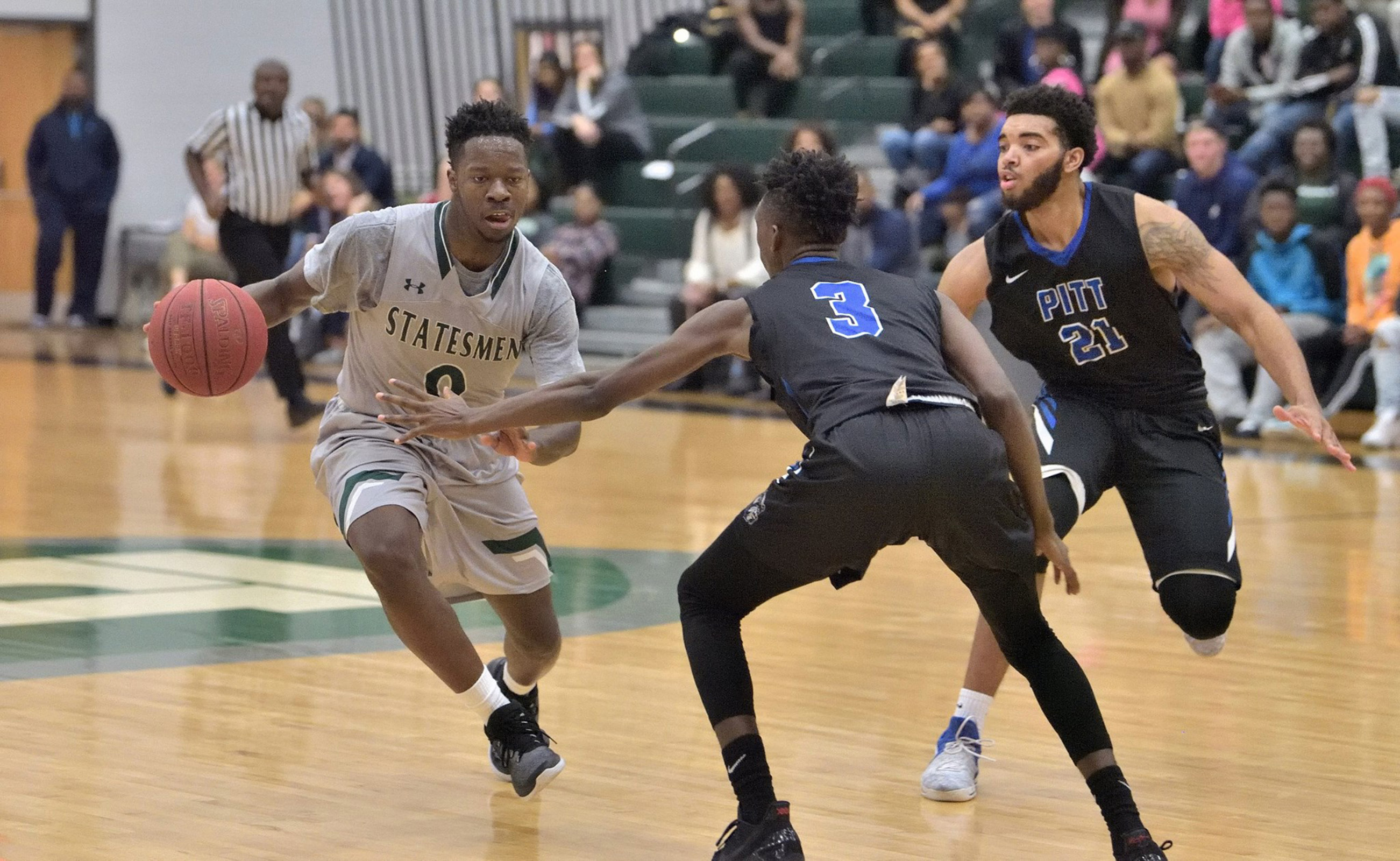 Richard Bland used a 30-11 run to close the opening half for a 45-27 advantage at the intermission. Catawba Valley managed to get within 53-41 early in the second half, but the Statesmen answered with a 15-4 run to lead 68-44. Richard Bland maintained control while increasing its margin toward the 37-point road win.

Following this week’s exam break and the road game next Sunday at Guilford Tech, Richard Bland will remain on the road at Fayetteville Technical (N.C.) Community College on Wednesday, Dec. 13, at 7 p.m. in Fayetteville, North Carolina.