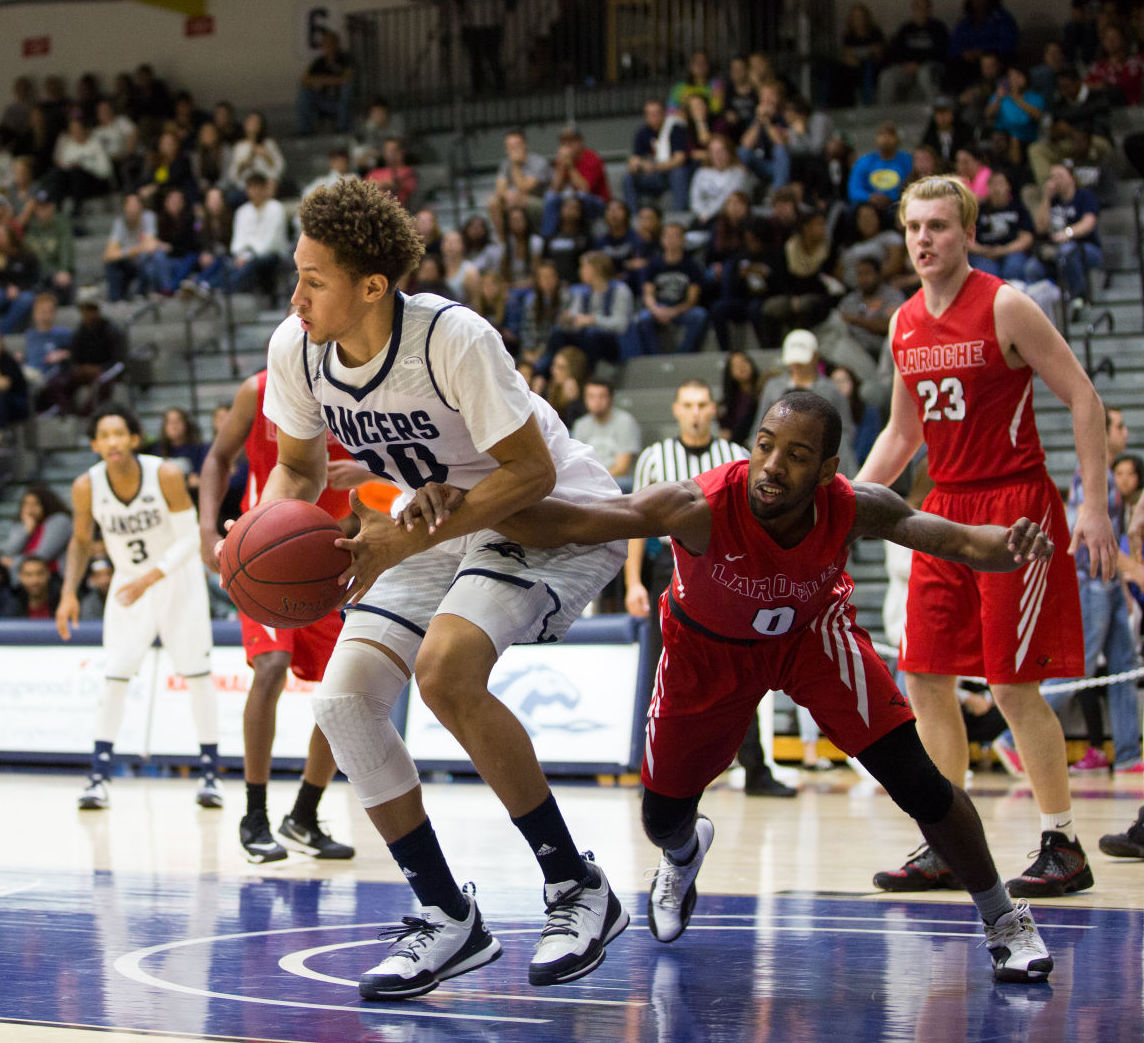 FARMVILLE, Va. – The last miles of a marathon is the hardest, but that’s where runners find out what they’re made of.

Playing its third game this week, Longwood (3-5) powered through those last few figurative miles and grinded out a 61-52 win over Fayetteville State Saturday en route to a third straight win, all of which have come at home in Willett Hall.

The final push to the Saturday’s finish line came from junior forward Chris Shields, who posted the first double-double of his career with 11 points and a career-high 13 rebounds across a career-high 31 minutes of action. Shields, who was just one rebound shy of a double-double seven days ago in a win over N.C. Wesleyan, hit 5-of-9 shots from the field, grabbed five offensive rebounds and picked off two steals.

His production, along with a career-high 10 points from junior Spencer Franklin and 10 more from Big South scoring leader Isaiah Walton, was enough to overcome a sluggish offensive performance that saw the Lancers shoot .383 (23-of-60) from the floor against the Broncos (3-5).

“It looked like we were running the last five miles of a 400-mile race,” said Longwood head coach Jayson Gee. “I thought we were a step slow, a little lethargic. But I thought it was good for us to be in a position where shots weren’t falling. It discombobulated us a little bit. A couple guys got hot under the collar. I like when those competitive juices get going, even though it was out of frustration today and not competitive drive.”

Longwood’s Saturday shooting slump came in the team’s third game in a seven-day span following a 107-78 win over N.C. Wesleyan this past Sunday and an 84-59 win over Bluefield State Tuesday. The Lancers shot a combined .557 (73-of-131) in those two wins and shot better than 40.0 percent from three-point range in both games.

However, it was the short game that troubled Longwood Saturday against the Broncos (3-5) as the Lancers struggled to finish at the basket and scored just 30 points in the paint despite taking 40 of their 60 field goal attempts inside the three-point arc.

“We just couldn’t get into a rhythm tonight,” Gee said. “We missed layups, we missed dunks, and when you miss those, it’s draining. All the way to the end, it happened. Those are things that just can’t happen, but they happen when you’re lethargic. It’s been a tough stretch for us with three games in one week. We didn’t have an off day, and it looked like it.”

Despite the offensive woes, Longwood’s defense showed up in force, holding Fayetteville State to .309 shooting from the field. The Broncos entered the game shooting .469 from the field but hit just 21-of-68 shots from the floor and 3-of-23 (.130) from three-point range. Broncos guard Josh Bryant got off for 19 points and nine rebounds, but Fayetteville State missed all but one of their last 16 attempts from beyond the arc.

Shields’ 13 rebounds, Franklin’s six and a combined 16 from the guard trio of B.K. Ashe, Charles Glover and Walton, helped the Lancers turn those missed shots into extra possessions and compensate for Longwood’s off-shooting night.

“The first two games we played with tremendous energy, but tonight we wavered a little bit,” said Walton, whose 10-point game was his fifth double-digit scoring effort this season. “We had a lack of energy, a few mental errors, but we’re just going to go back to the drawing board, learn from our mistakes keep trying to improve. We’re trying to get ready for January, and games like this are part of that process.”

Longwood has just five non-conference games remaining before the start of Big South play, four of which will be on the road. The three-game win streak leads Longwood into the first of those road matchups next Saturday, Dec. 9, at former Big South foe VMI in Lexington, Va.

“It does a lot [for our confidence],” Walton said of Longwood’s three straight wins. “Just getting that monkey off your back and getting into the flow. Seeing what we’re doing to win these games can help us when we play against other teams. Honestly, to me the game is about 80 percent confidence and 20 percent everything else. So when you’re confident, and when our team is confident, the sky is the limit.”