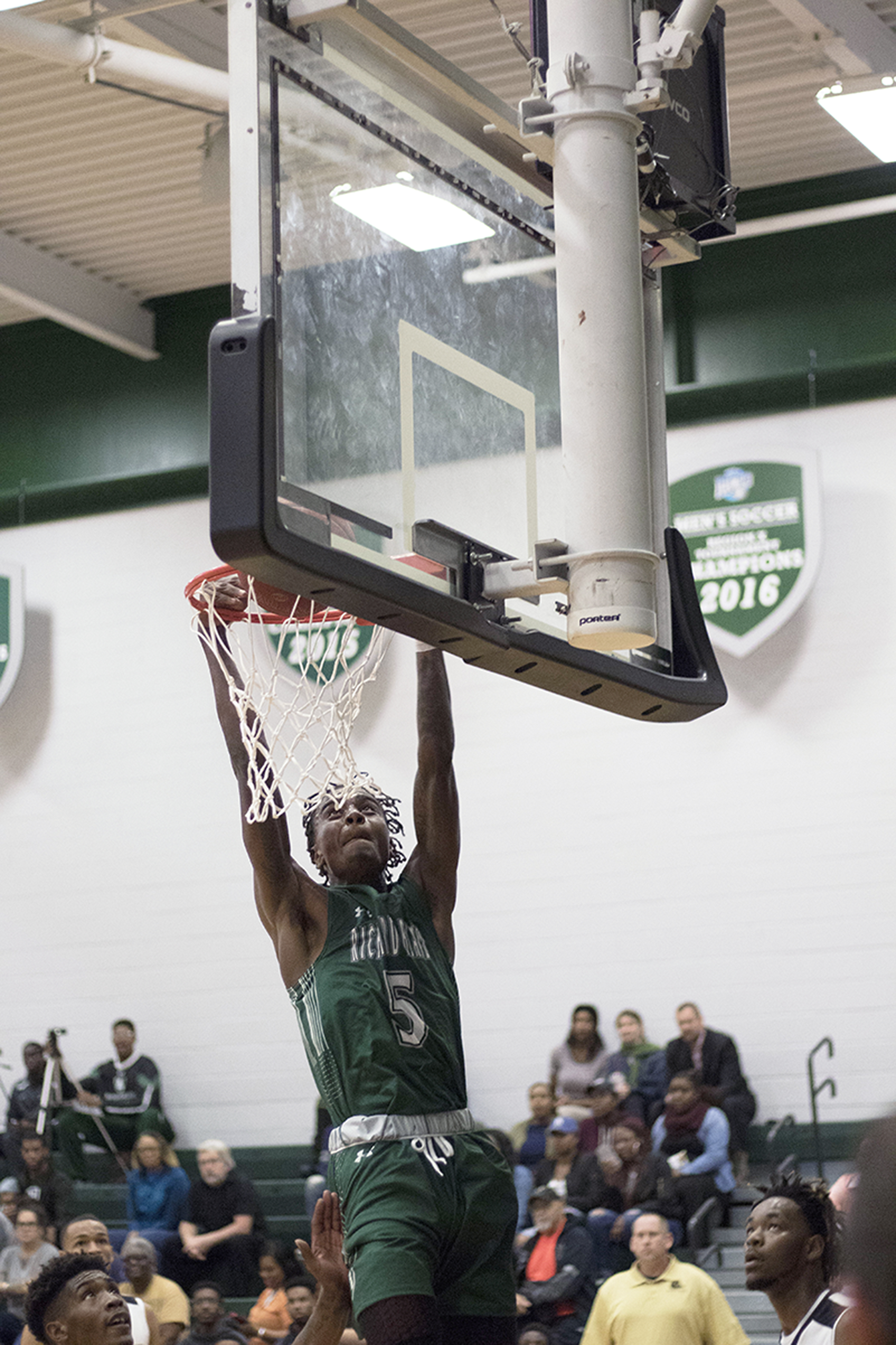 Nov. 4, 2017
DUNDALK, Md. — Sophomore Robert Smith/Hampton scored a game-high 22 points to lead No. 2 Richard Bland College to an 85-63 men’s basketball road win at CCBC Dundalk (Md.) on Saturday evening in Dundalk, Maryland. Classmate Stanley Taylor/Petersburg added a double-double with 17 points and a career-high 17 rebounds for the preseason nationally-ranked Statesmen (2-0), while sophomore Tre’ Patterson/Richmond had 11 points for the visitors. Christopher Fitzgerald scored 12 points for the host Lions (0-2). Richard Bland will play at Northern Virginia Community College on Wednesday, November 8, at 7:30 p.m. in Annandale.

Richard Bland took control of the away contest early and led 43-28 at halftime, getting 13 first-half points each from Smith and Taylor. Patterson added nine points during the opening 20 minutes for the Statesmen. Richard Bland maintained its comfortable margin throughout the second half, as Smith scored nine points after the intermission, while sophomore Tim Bing Jr./Suitland, Maryland added seven second-half points and classmate Ricky Hicks/Bronx, New York scored six points during the final 20 minutes.

Richard Bland and CCBC Dundalk were playing for just the fourth time in the sport of men’s basketball, and the Statesmen now lead the young series at 4-0.