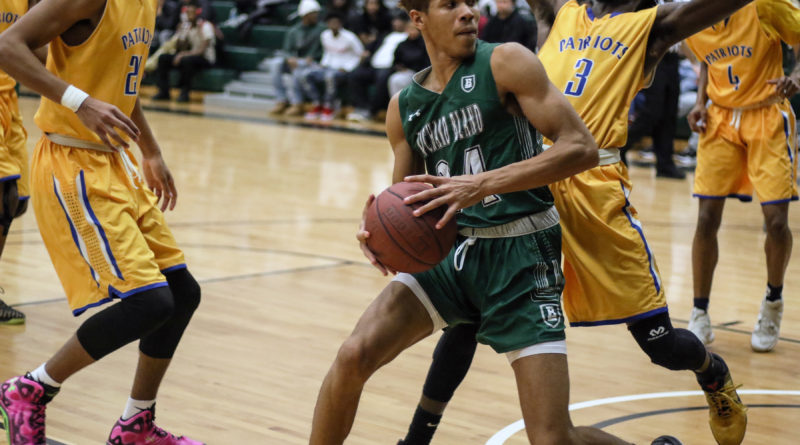 “It was good basketball today, what we call Statesmen Basketball,” said fifth-year head coach Chuck Moore, who is now 126-39 (.764) during his tenure at Richard Bland. “I couldn’t be prouder of my guys.”

By advancing to the Region 10 title game, Richard Bland and Louisburg have each qualified for the 33rd Annual NJCAA Division II Men’s Basketball National Tournament, March 20-24, at Danville Area Community College in Danville, Illinois. Region 10 receives two bids to the National Tournament, and the Hurricanes had already qualified as the regular season champion, and the Statesmen have now qualified by advancing to the tournament championship against Louisburg, regardless of the outcome tomorrow.

Richard Bland took an early 16-7 lead at 14:35, getting points from six different players, including four quick points from Joyner and three-point field goals from sophomore Tim Bing Jr./Suitland, Maryland and Smith. Another three-pointer by Smith made it 27-11 at 10:38, and the Statesmen took their largest lead at 44-13 with 5:47 on the first-half clock after a three-pointer from Patterson, who scored 11 first-half points. The 31-point advantage was aided by six three-pointers, including two each by Smith and redshirt-freshman Miodrag Dronjak/Kladovo, Serbia. Fayetteville Tech did outscore Richard Bland 17-6 over the final five-plus minutes of the half, but the Statesmen still led 50-30 at the intermission with sophomore Ricky Hicks/Bronx, New York scoring on a floater in the lane just ahead of the buzzer.

Richard Bland extended its lead to 59-35 early in the second half at 15:38, following back-to-back three-pointers from redshirt-freshman Tyler Lloyd/Manassas and Patterson, along with a free throw by Southerland, who scored nine second-half points. The Statesmen pushed the advantage to 71-40 at 10:33 after a layup by Smith, and took their largest lead of the game at 83-41 with eight minutes remaining on two free throws by Joyner. Fayetteville Tech was never closer than the final 28-point margin.

Patterson and Southerland led Richard Bland with their respective 15 points, with Southerland adding eight rebounds. Smith and Joyner finished with their 13 points and 12 points, respectively, with Smith adding eight rebounds and Joyner adding three steals. Bing contributed 11 points, six rebounds and three assists, and Dronjak had 10 points, including 3-4 three-pointers. Hicks added seven points and five assists, while freshmen Ryan Jones/Smithfield and Marvin Trotman/Virginia Beach each finished with six points. Richard Bland shot 51% (37-73) from the field, including 46% (10-22) on three-pointers, and 63% (17-27) at the free throw line. The Statesmen forced 24 turnovers which they converted to a 33-12 advantage in points off turnovers.

Richard Bland and Fayetteville Tech were playing for just the fourth time, and the Statesmen continue to lead the series at 3-1.

Richard Bland will be making its second-straight and third National Tournament appearance in four years, after winning the 2015 NJCAA Division II National Championship, defeating John Wood (Ill.) 64-53 on March 21, 2015 at the Mary Miller Gymnasium in Danville, Illinois. The Statesmen finished their most memorable storybook 2014-15 campaign with a school-record of 32-4, winning the national title in only their second year back in action following a 20-year hiatus from competitive sports at the College. Richard Bland advanced to the NJCAA Division II Final Four a year ago, as well, completing the 2016-17 season with a record of 30-6.

Tomorrow’s 1 p.m. Region 10 title game against Louisburg can be heard locally on WHAP Radio, Fox Sports 1340 AM, and the radio station has plans to live video stream the contest, as well. Links are available at rbcathletics.com. 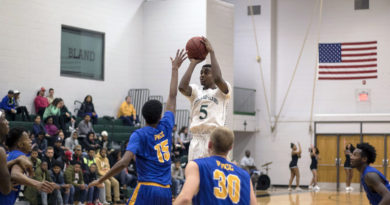 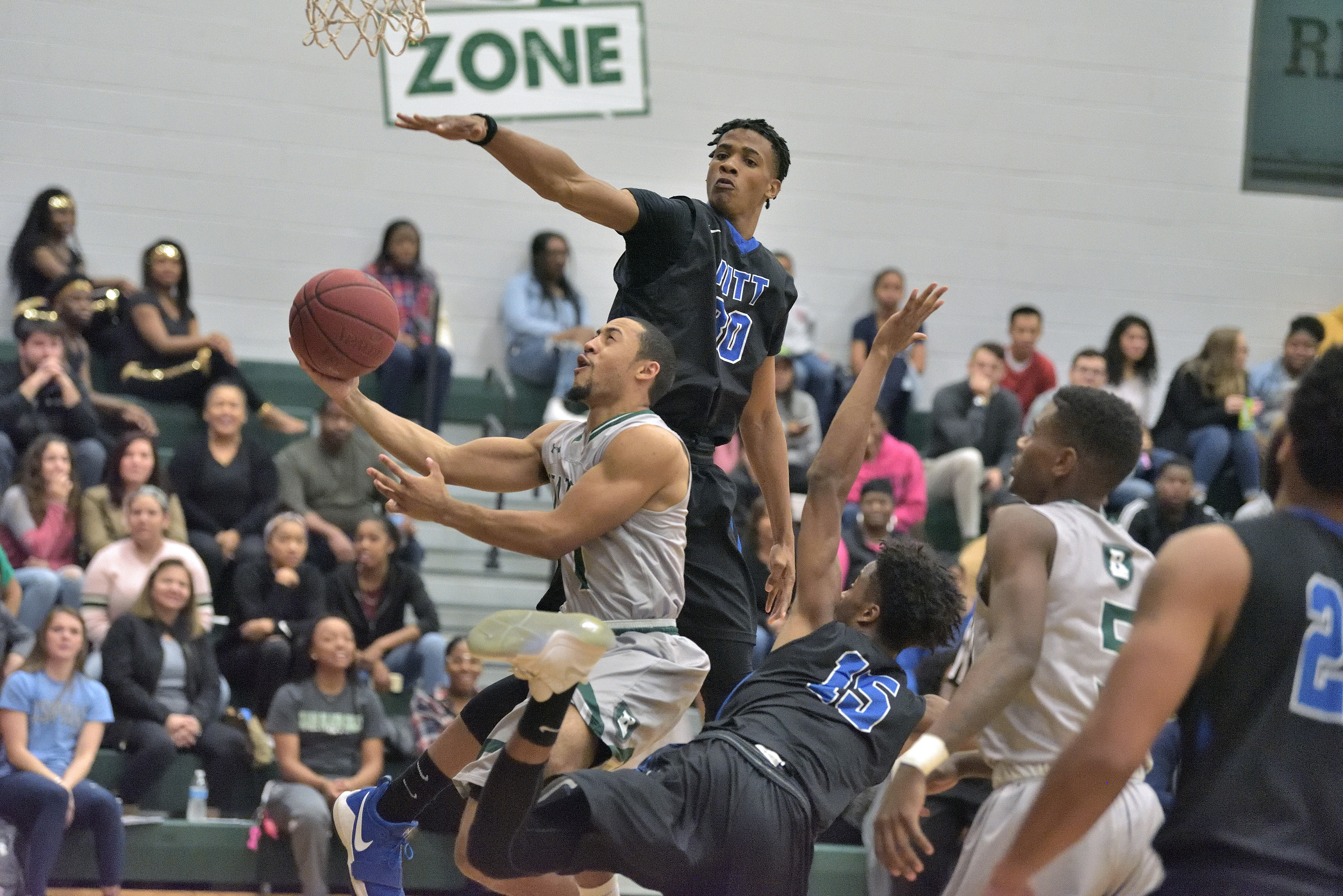