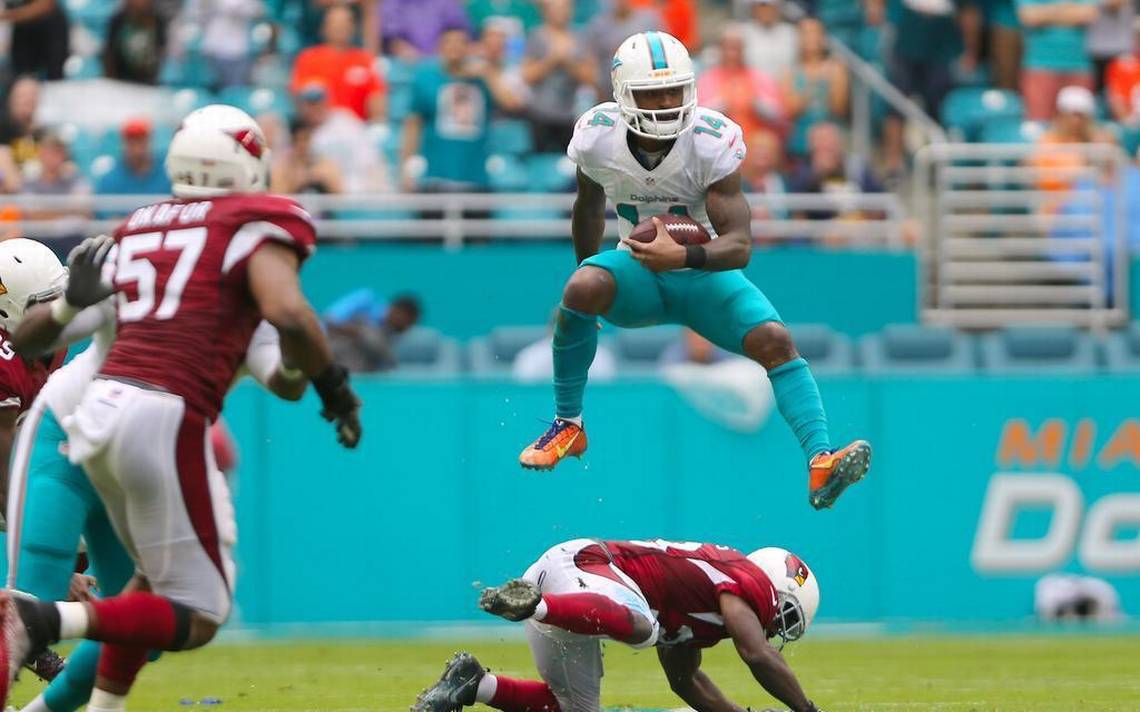 The Cleveland Browns went out and made flashy moves by trading draft picks for Buffalo QB Tyrod Taylor and Miami WR Jarvis Landry.

Browns shipped a 2018 third-round pick, an undisclosed 2018 pick and 2019 pick to acquire both players. For Cleveland, these moves are a stepping stone for rebuilding the proud franchise from the basement.

Tyrod Taylor has shown qualities of being a starting quarterback in the NFL, but Buffalo didn’t believe he was the long-term solution to the position. In his three seasons in Orchard Park, Taylor threw over 8,800 yards and 51 touchdowns, and rushed for 1,576 yards with 15 touchdowns on the ground. Even though he was benched mid-season, Taylor lead the Bills to the playoffs for the first time in eighteen years. With this trade, the Browns are getting a serviceable QB who won 24 games in the span of three years.

Rumors spread of Landry leaving South Beach during the FA period and Miami quickly handle the situation by placing a franchise tag on him by Feb 20th. Even with the tag placed Landry, the disgruntled wide out still wanted to seek a trade from an interested team. Landry signed his tag last night and the rest his history.

In his four seasons with Miami, Landry became one of the most productive wide receivers in the league.  He amassed over 400 receptions, 4,000 receiving yards, scored 20 TDs and earned three straight Pro Bowl selections.

Last season, Landry finally led the league with receptions with 112, but failed to reach the 1,000 yard plateau for the third straight year due to incompetent quarterback play. Landry’s durable hands and football IQ has already made him one of the best possession wide receivers in the business.

Landry, Taylor and Randall are joining a Cleveland franchise that is in a total rebuild after an embarrassing 0-16 finish last season. Many might think being traded to Cleveland is a death sentence, but the Browns have positioned themselves to become contenders. With a revamped front office, over $100 million in cap space, great position players in Josh Gordon, Jabrill Peppers and Joe Thomas, and 12 picks in this year’s draft including two first-round picks in the top 5, the Browns are set to change the course of their franchise and getting Landry was one of the first moves.

The trade becomes official next Wednesday as the new league year begins.