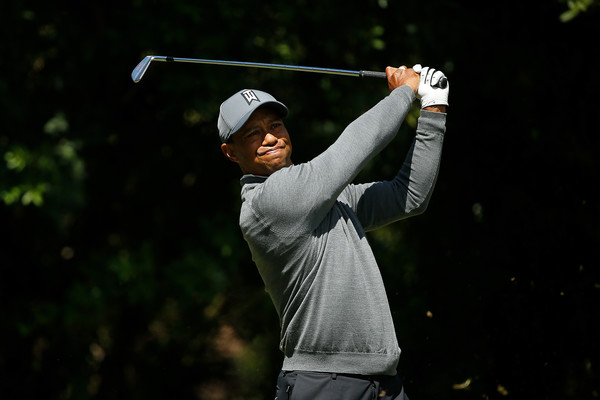 Folks, the comeback is in full swing.

Whose comeback? That of one Tiger Woods.

The four-time Masters champion has finally started playing on a regular basis again, and that is huge for the world of golf. Tiger first came out of the woodwork in January, playing the Farmers Open in January and finishing tied for 23rd.

It was his first action in a long time, and we as golf fans were just happy to see him come out of the weekend unhurt. But after four back surgeries and multiple procedures on his left knee that’s how low the bar was set.

There was of course some rust in that first tournament for Big Cat, but that was to be expected. The top-25 finish was encouraging and we saw flashes of the old champion throughout that weekend. Of course there were still questions that would have to be answered, how would his body respond to the first extended action after such a long time? Could he improve the long irons and driver just a few months before the Masters? Could he get some consistency?

Two weeks later we again saw Tiger at the Genesis Open, and he missed the cut. Just the 17th missed cut in his career, Woods struggled mightily at the Genesis. A 76 on Friday is what largely did him in, but Tiger didn’t look comfortable at all through those 36 holes. The backslide after an encouraging Farmers was a disappointment, but the bar was still set so low that none of us were too surprised. Again it was mostly a relief just to see that he came out of the tournament unhurt.

But more questions mounted, could he bounce back? Would he play the next week in the Honda Classic? There was clearly still a lot of work to do.

But Tiger did play the next week at the Honda, finishing tied for 12th. Woods was strong all weekend at the Honda, he showed improved game with his irons and better decision making. It’s important to note that through these three tournaments Tiger’s putting and short game were relatively strong the entire time.

The top-15 finish showed more consistent flashes of vintage Tiger and for the first time in years made us stop questioning if he was healthy. In the past Tiger wasn’t even finishing tournaments let alone stringing two or three together. After the Honda Tiger would have two weeks to prepare for the Valspar Championship in Nevada and it made fans excited to see what two weeks of prep would do for a healthy Tiger clearly on a mission.

Well after one round we have an answer. Tiger came out pretty strong to open play, shooting a one-under 70 and finishing the day tied for 8th. There were some ups and there of course were some downs but for every down Tiger came back and didn’t let his game unravel.

It’s not groundbreaking and it’s not championship-level Tiger but it definitely is something. With windy conditions Tiger still managed to hit 7 of 13 fairways and 9 of 18 greens. He did provide some highlights too, including this near ace on hole 17.

When Tiger first came back we wondered if his body could hold up, and if it did would he be ready for the Masters in April. Two weeks into March and almost 4 tournaments later the answer is a tentative yes. But it is still more than we could say just 4 months ago. Back then we were wondering when Tiger Woods would come back, if at all. Now we’ve seen a strong Tiger show flashes of his old self and we can start getting excited at the thought of him back at Augusta for the first time since 2015.

Sidenote: As a current attendee of the University of Illinois, I have to take a moment to brag about Dylan Meyer, who is currently playing at the Valspar as well and shot his own round of one under 70. If you’ve followed Illinois golf the last few years (which I doubt so yes you can laugh), then you know Meyer is the real deal as he’s absolutely dominated the Big Ten and can play quite a bit. Definitely take a moment to follow him this weekend if you’re a golf fan. Oh and he’s still a student here.