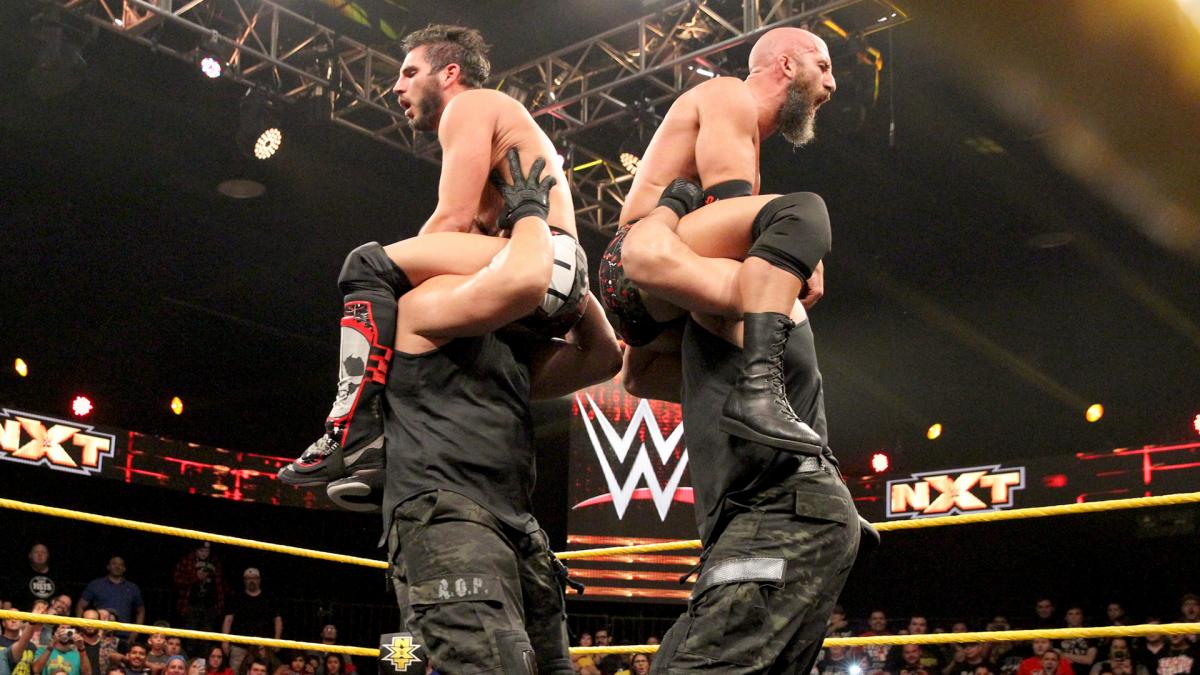 Last night was the first live TV tapings since the NXT was on tour. Therefore you knew that NXT crowd was going to be hot at Full Sail University I will provide you with a brief recap in addition to the results. The Australian duo used questionable tactics such as poking Bridges in the eyes to gain an advantage. The finishing sequence had Bridges face slammed on Kay`s knee for the win. Kay and Royce got on the mic to celebrate but Asuka wasn’t playing around she came down to the ring to get revenge. Asuka got help from unlikely source SAnitY’s very own Nikki Cross. Unfortunately, it turned out that Cross showed her true colors when she laid Asuka out. I don’t what it is but I am not feeling Elias Samson character. The crowd is never invested in his matches Samson made quick work of Jonathan Cruz with a reverse swinging Neckbreaker. As of late both Oney Lorcan and Andrade “Cien” Almas have stepped up their game in the ring. They had a great match in Osaka, Japan, several weeks ago during that contest Lorcan was victorious. Both used their skill sets Almas tried to use his speed while Lorcan used his power to his advantage. Oney connected with an impressive dropkick to Almas followed by a Neckbreak on the floor. Almas focused on Lorcan’s knee, then he hit him with a hammerlock DDT to get the win. After the match, Almas stated that he wants Roderick Strong. The Revival against DIY

It is no secret that 2016 was quite a year for both tag teams The Revival and DIY. All of their matches were simply incredible The Revival looked to regain their gold against DIY. The Revival used their tag team experience to their advantage with all the blind tags early on in the match. The Revival went after Gargano’s knee, they slammed it into the steel ring post. Johnny Gargano up rolled up Wilder but Dawson distracted the referee to keep their chances alive.

Ciampa changed the momentum of the match when Gargano tagged him into the match. The action was everywhere in and out of the ring. The Revival found themselves in the middle of the ring which was bad news. DIY hit their devastating  Superkick/running knee combination to get the win and they retained their gold. After the match, Gargano and Ciampa had little time to celebrate. The Authors of Pain attacked the NXT Tag Team Champions from behind to send a message.

All the photos were courtesy the WWE