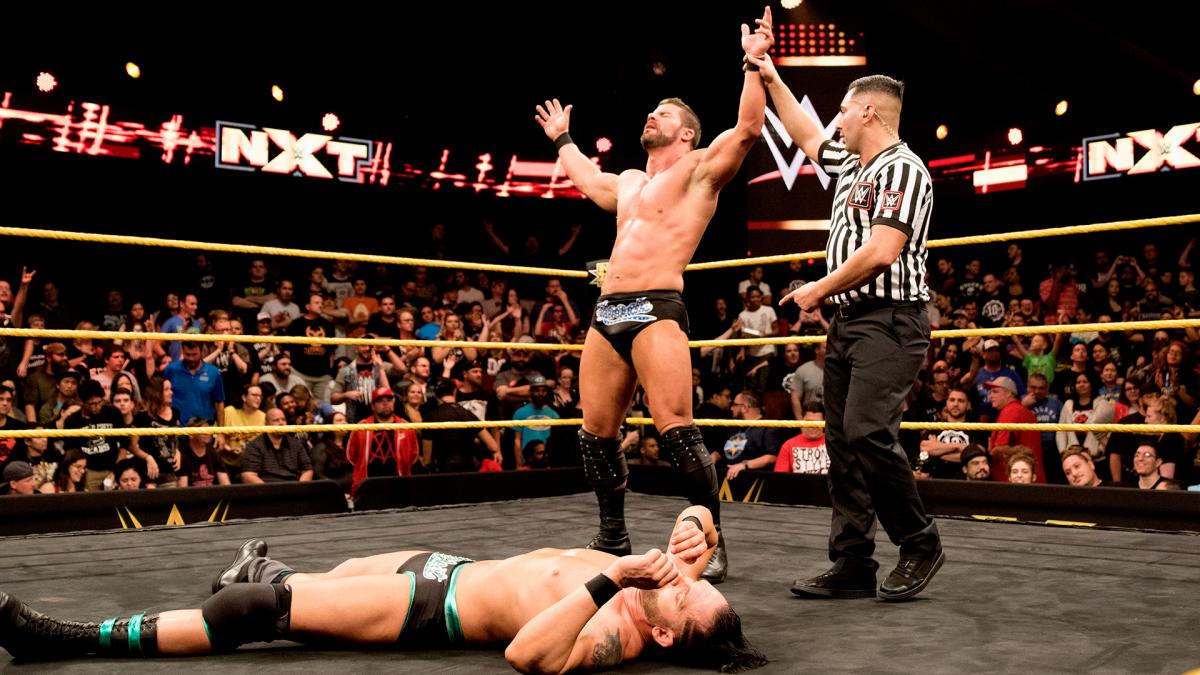 NXT this week was highly anticipated due to fact that the main event would crown a new one contender for the NXT Championship. This feud started when these two women walked out on Daria Berenato in the middle of a six-woman tag team match, which resulted in a losing effort. Therefore Daria wanted a  rematch in order to get her revenge back on the Australian duo.

Daria held her own against Billie Kay with her unique offense and striking. However, with Peyton Royce at ringside, the turning point of the match was when Royce rammed Daria into the ring apron on the outside. Kay capitalized as she nailed Daria with a big boot to the face for the win. After the match, Kay and Royce called out the NXT Women’s Champion Asuka. It’s a death wish as Asuka remains undefeated. The Authors of Pain vs. Anthony Bowens and John Ortagun

The Authors of Pain made quick work of their opponents and the referee had no choice but to stop the match. After the bell, Paul Ellering stated that The Authors of Pain will come to San Antonio and they will take the NXT Tag Team Championships.

The main event had the four winners from last week’s qualifying matches meet in a Fatal4Way elimination match as they battled for a shot at the NXT Championship at NXT TakeOver: San Antonio. This was a very entertaining contest I don’t know what it is but I am slowly getting invested in Andrade Cien Almas. There was a couple highlights throughout this match that blew my mind. One of them was a Suplex/Powerbomb combo which had bodies lying everywhere. Strong decided to take out his three opponents with a twisting dive over the ropes to the floor. Strong eliminated Almas after a devastating Sick Kick it was down to three men. Tye Dillinger, a few minutes later eliminated Strong with a Tye-Breaker. Roode and Dillinger were the last two remaining left in the match and it was only fitting to their heated rivalry. It was an insane finishing sequence. Tye Dillinger had Booby Roode on the ropes he connected with a Tye-Breaker for a near fall. However,  Roode managed to survive and he punched his ticket to NXT TakeOver San Antonio with a Glorious DDT to became the new one contender for the NXT Championship.

All the photos were provided courtesy of  WWE