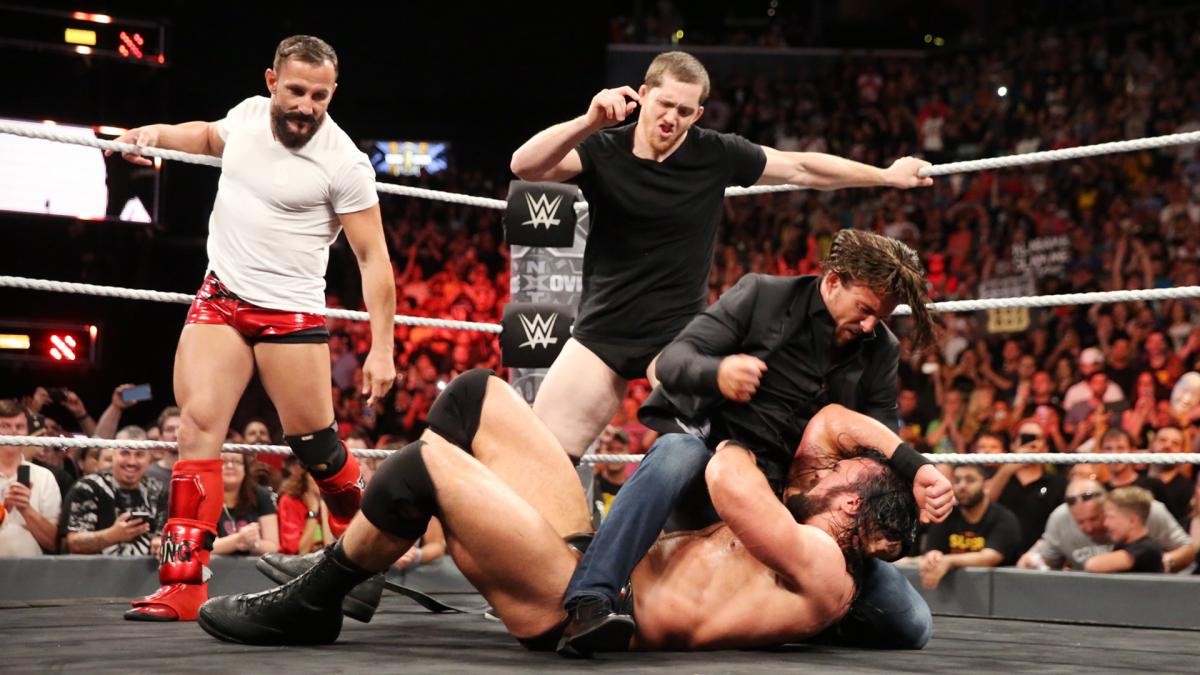 The best Tag Team wrestling on WWE programming has been on NXT TV for the past three years. SAnitY and the Authors of Pain had a spot filled and intense Tag Team title match. Even Nikki Cross and James Ellering got involved in the match as well. Towards the end, things swung in the way of SAnitY who won the match, and the Tag Titles.

Unfortanlty, a team named reDRagon entered the ring and attacked the new champs. That team consists of Kyle O’Reilly and Bobby Fish, both former ROH wrestlers and Tag Team dominators. The team won the IWGP Junior Heavyweight Tag Team Championship twice and the Ring of Honor Tag Team Titles three times. Although both men debuted as singles wrestlers, it seems like Triple H is getting new Tag Team together.

This match was STIFF. Both men are known for their striking and it was shown. Black was bloodied into the match and it most definitely was something we haven’t seen before. Itami pushed Black to his longest and most grueling match so far since Black has been in NXT. Black has a title chase coming his way soon. For Itami, it’s time for his main roster callup.

Asuka is the longest-reigning anything in NXT and in recent WWE history. She has held the title for over 500 DAYS. She has beaten Bailey twice, Nia Jax twice, Mickie James, Nikki Cross four times, Peyton Royce twice, Ruby Riot three times, Billie Kay, and now Ember Moon twice when the title is on the line.

Asuka’s character has changed. She’s more flashy and arrogant in her entrance and her in match tactics. But in this match, Asuka was close to losing, many times. It’s a possibility that she can easily go to the main roster still undefeated, and even still holding the NXT Title. She’s the most dominant WWE Wrestler of any division in the past two years. She’s the best.

McIntyre and Roode wrestled a very good match. A Claymore kick, a few of them helped seal the win. Roode played a good part as he passed the torch. He might be called up soon as well. The GM’s of both Raw and SD was in the crowd tonight.

But once again, reDRagon attacked someone, this time they had some help from three time ROH Champion….ADAM COLE.

Adam Cole, Aleister Black, Bobby Fish, Kassius Ohno, Roderick Strong, Kyle O’Reilly, and Johnny Gargano. The male NXT roster has a nice core right now. With a new champion and a few wrestlers on the roster that’s better than the new champ, it will most definitely be an interesting ride to NXT Takeover: Houston in November.