This Saturday will mark another chapter in a series of memorable NXT Takeovers exclusively on the WWE Network. This time NXT will invade San Antonio I will provide my overall thoughts on the entire card. Starting with this event and moving forward my colleagues and I will choose the winners of every match on wrestling specials and pay-per-views.

This will be a very intriguing contest between Young and Dillinger. Young will come out and be on a mission to look impressive on his first match on a NXT TakeOver. This feud started when Eric Young offered Dillinger a jacket to join his faction SAnitY but he declined. Then because of Dillinger choice, Killian Dain laid him out for his decision. Eric Young will be victorious in his debut on NXT TakeOver San Antonio this will be a compelling feud moving forward.

Roderick Strong will be yet another superstar that is looking impressing on his biggest match to date in NXT. Andrade “Cien” Almas has been turning heads ever since he turned his back on the fans. At first, I was not invested in Almas slowly he is changing my opinion on him. The rivalry started when the two wrestlers were involved in a fatal 4-way match to crown a new number one contender for the NXT World Champion. In that match, Roderick Strong defeated Almas with a deadly Sick Kick. Moving forward to this match the result won’t change Roderick Strong will walk out with the win.

Authors of Pain vs. DIY

The new NXT Tag Team Champions DIY will face their toughest challenge to date at TakeOver: San Antonio they will defend their titles against  Authors of Pain. Every since Gargano and Ciampa made their arrival in NXT back in 2015 they instantly became fan favorites. The made a name for themselves in NXT with a feud against The Revival. DIY finally got the monkeys off their back when the defeated the Revival in a two out of three falls. As a result, they became the new NXT Tag Team in an instant classic at NXT TakeOver Toronto. Gargano and Ciampa followed up as they defended their NXT Tag Team titles against two teams. The first was a rare match against Akira Tozawa and Tajiri in Japan. Their final title defense was against TM61 in Australia.

Meanwhile, The Authors of Pain Akam and Rezar won the 2016 Dusty Rhodes Tag Team Classic. Paul Ellering their manager made it clear that they are coming after the NXT Tag Team Championships. After DIY successfully retained their titles in a grueling rematch against The Revival. The Authors of Pain sent a message to the NXT Tag Team Champions. They brutally assaulted from behind and laid them out. DIY have held the NXT Tag Championship for only two months. However, there will be a title change because it only makes logical sense to continue to build them a monster.

Brian Waters: The Authors of Pain

Corey Saunders: The Authors of Pain

Michael Pearman: The Authors of Pain

Since her arrival at NXT Asuka has been unbeatable. She has destroyed everybody in her way. In the process, Asuka recently passed Paige as the longest reigning NXT Women’s Champion ever. Come Saturday she will have her hands full with three interesting women coming her NXT gold. Nikki Cross she is a member of SAnitY faction. She is very unorthodox in addition to a psycho. Billie Kay and Peyton Royce have made a statement to run the NXT Women division. This is a difficult match but I will stick with Asuka to barely survive and retain her good. 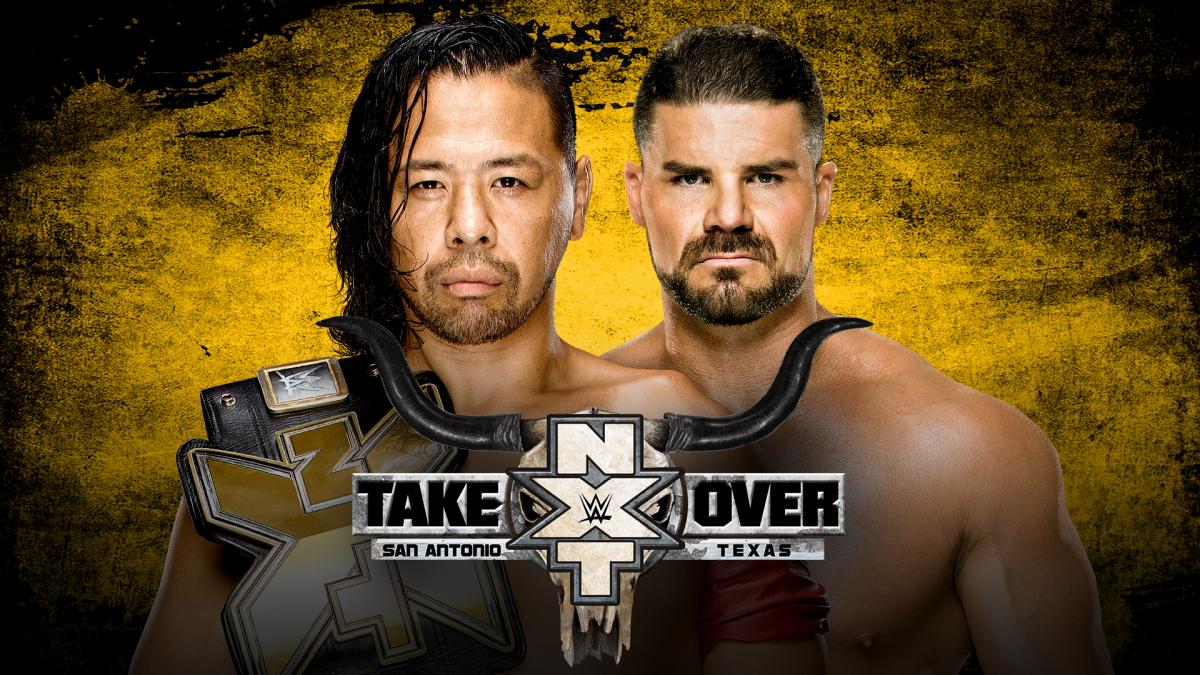 This is the main event that everybody has been waiting for the Glorious one Bobby Roode against the King of Strong Shinsuke Nakamura. Ever since Nakamura arrival to NXT from New Japan he has brought so much Swagger to the NXT unique presence and offense. Nakamura reminds me of the Michael Jackson of pro wrestling because he is so revolutionary. Shinsuke had an epic rivalry with a series of unbelievable matches with Samoa Joe. The two traded the NXT back and forth with each other.
Bobby Roode made his long-awaited debut in the WWE on NXT just this past summer.Since then, the veteran Superstar has exuded overwhelming confidence, paving a path of gloriousness through the NXT Universe. Roode made an instant impact right away and he wanted to take the NXT brand to new heights and make it glorious.

Roode was involved in his biggest match to date two months ago against Tye Dillinger in a homecoming at NXT TakeOver Toronto. That match was incredible and he made Tye Dillinger into a star. Fast forward two months after Roode has his sights on gold. Roode earned a title shot a couple weeks ago when he outlasted three other wrestlers in a Fatal 4-Way Match. Tomorrow both Nakamura and Roode will tear down the house. Roode will make history and he will become the new NXT Champion.

All photos were courtesy of the WWE