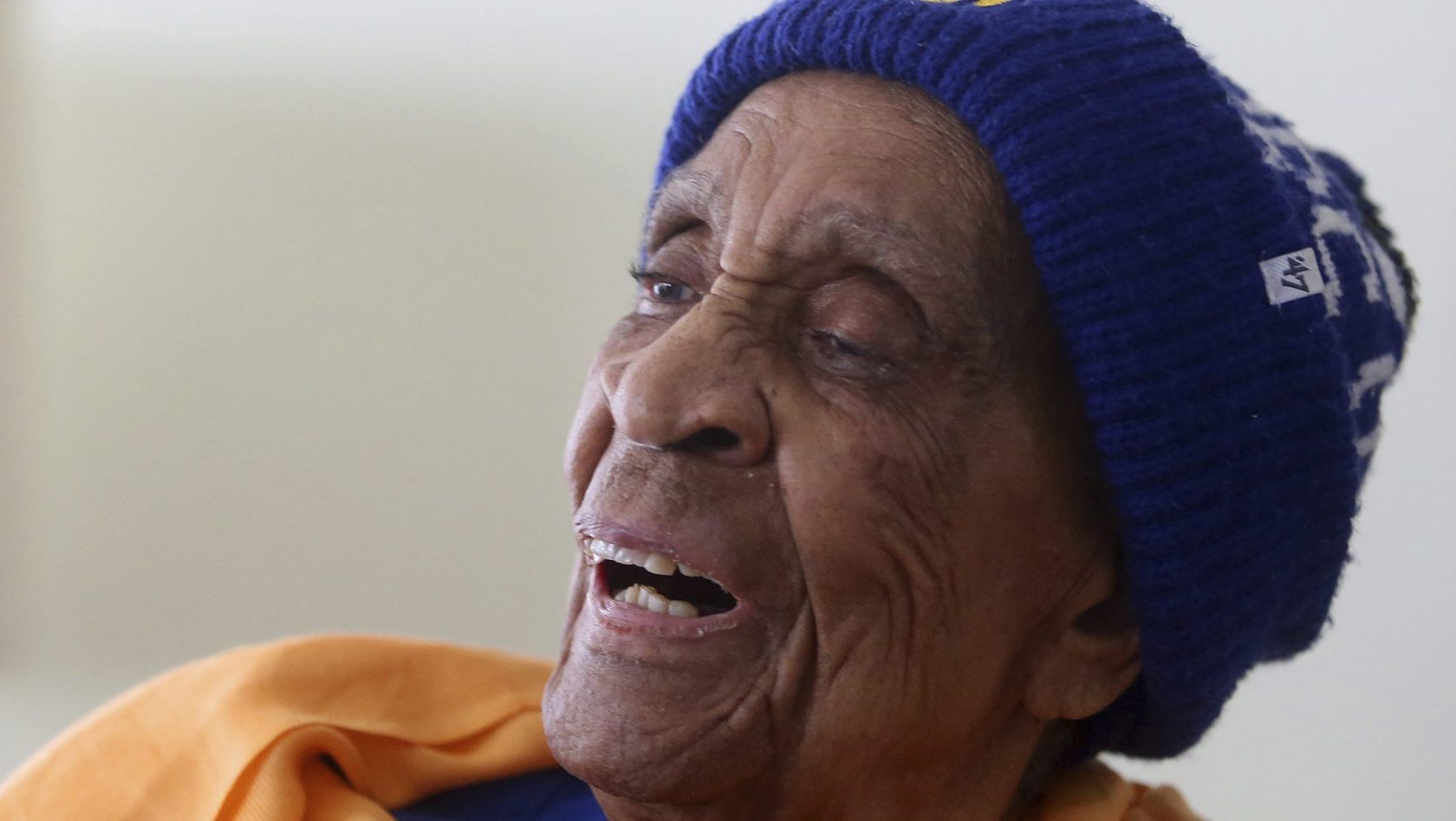 Helen Brooks was better known as “Sweetie” and became a media darling last year after The Mercury News of San Jose wrote about her decades-long dedication to the team that eventually won the NBA championship in 2015.
Warriors coach Steve Kerr even gave a shout-out to Sweetie on TV last year, and she was invited to watch the team play from a suite at Oracle Arena.
She loved to tell the players what to do from the comfort of her living room. She disdained sloppy play.
Daughter Lily Toney said her mother was a positive person who cracked subtle jokes and didn’t let the little things in life bother her. Toney gave no cause of death for Brooks other than old age.
“I think she was just tired,” she said. “She had a wonderful life, and we’re so happy she’s in peace now.”
A spokesman for the Warriors said the team was saddened by her death.
“Sweetie’s presence at Oracle Arena during our championship season was as big of a thrill for us as it was for her,” according to the team statement Thursday.
Brooks was living in Oakland until January, when she broke her tibia and moved into a care facility, Toney said. Her mother liked to say that she lived so long because she was supposed to be the Warriors’ oldest fan.
Brooks was born in Ennis, Texas, in 1909. She is survived by Toney, 77, and son Frank Knight, 82, both of Oakland.
Her husband, who used to watch the games with her, died in 1999.