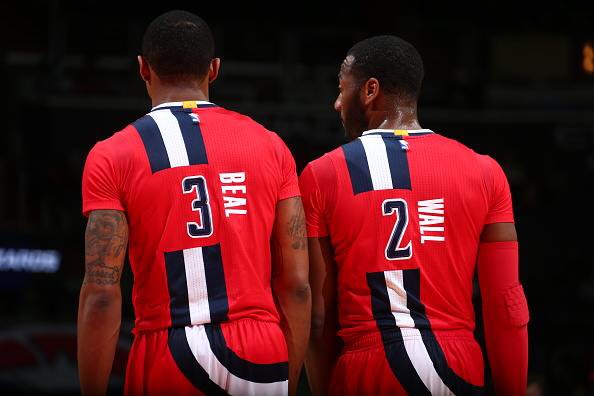 Earlier in the season, the Wizards did not look good at all. Even Trey Burke admitted at times the second unit looked as if they were playing “pick-up ball.” Now, things are finally coming together for this team as they are 1-1 on their Midwest road trip. On Wednesday night, they faced a Chicago Bulls team, that throughout the season won against powerful teams such as Cleveland and San Antonio. However, this Bulls team is a perfect definition of being inconsistent. After scoring 30 plus points in the first quarter, the Bulls offense went cold. Washington had Chicago right where they wanted them and defeated them 107-97. The locker room was full of joy and everyone was smiling. Have the Wizards started to turn the corner?

How has this trip gone so far?

It started off in Indianapolis, after a victory over the Los Angeles Clippers. The Wizards found themselves with their backs against the wall. However, with a few seconds on the clock Bradley Beal’s foot was narrowly on the 3-point line. He tied the game and gave the Pacers just enough time for the heartbreaking, game-winning lay-up. Beal would have another shot to win the game with .9 on the clock. Yet, his shot came up just short and the Pacers were victorious. Similar to a college game, many of the Wizards’ players hit the ground in disappointment. Someone had to lose this game, and it was them. They could’ve let that game set the tone for the trip, but they did not.

The Wizards would come into Chicago and make the Bulls offense look like a junior varsity squad. Jimmy Butler, Rajon Rondo, and Dwyane Wade shot collectively 14/50 from the field. The Wizards outscored the Bulls in the fourth quarter by 10, as the Bulls could not get it going offensively. The second unit shined as well. They collectively scored 30 plus points and did not cause this game to get out of reach. Burke explains this is all due to chemistry.

“I think the chemistry is getting better.” Burke stated, then he added, “That was one of the issues earlier in the year. Our chemistry wasn’t really there. Now I feel like it’s coming along. The ball is moving and we are getting stops on defense. Getting out in transition getting easier buckets which is playing to our strengths.

Looking Ahead to Milwaukee:

Everything Burke mentioned is accurate. The second unit must be able to relieve their starters and keep up the pace and not cause the team to lose. The effort we saw from them versus Chicago. We must see in Milwaukee tonight. The Bucks are another team in the Eastern Conference that can win big games versus major opponents and lose games versus teams they should beat. Wizards can capitalize on this team and beat them for a second time this season. This will be their opponent before Christmas Eve and the first game right after Christmas Day. This is one of the longest, if not the longest team in the league. Two wins here will put the Wizards at .500 and well on their way to obtaining a winning record. Tip-off is at 7:00 pm Central in Milwaukee, Wisconsin.

One quick game note: Otto Porter Jr who had issues with back spasms is listed as “questionable” for tonight’s game, per the Wizards.