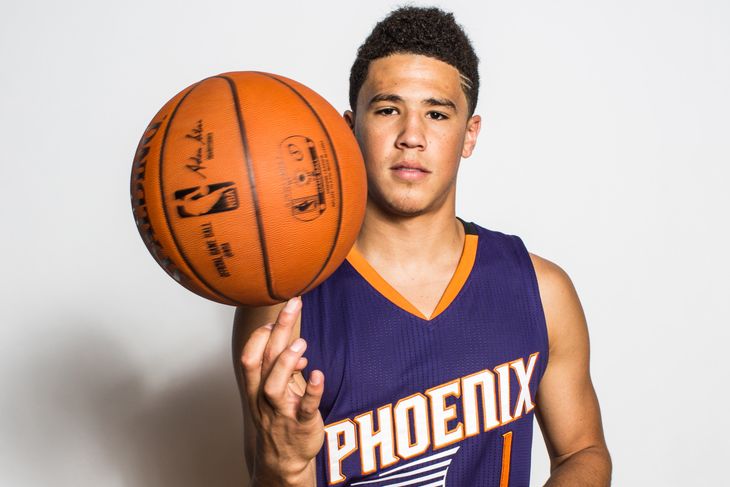 Guangzhou, China — Basketball is an outlet that can open the doors of the world for a player. In addition to traveling across the United States, this game can bring you to places you’ve read about in a Social Studies class in grade school. Moss Point, Mississippi native Devin Booker is experiencing this first hand. He’s a part of the Nike All-Asia Camp, which started roughly 15 years ago. Booker will participate in many camps and even play against some of China’s rising stars. Going into his third year in the NBA, he may still be a budding star in his own right stateside: however, he’s learning quickly he’s already emerging as a global icon. 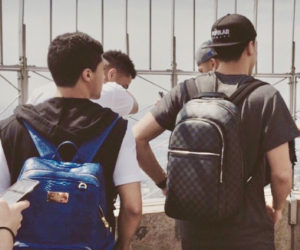 Devin Booker got his belonging together and said his good-byes to his family and friends in Grand Rapids, Michigan. He would be accompanied by his older brother, Davon Wade. The two boarded a flight from Grand Rapids heading off to China. The total duration was roughly 34 hours. This would include layovers and of course delays. Despite the long journey, the mission ahead was well worth the discomforts of traveling for a day and a half. Booker found himself sleeping a lot and catching up on some his favorite shows.

“Devin spent most of his time on the plane completing the TV series, Power,” Wade said.

The two took pictures of each other on Snapchat throughout their travel; anything they could possibly do to keep themselves entertained. However, when they landed in China and stepped foot off the cheapest private jet that the team could fund, and ready to start their trip of a lifetime, they made an abrupt stop as they were very surprised at their welcoming at the airport.

Being legendary in China:

“When we arrived in China there were kids in the airport with bunch of pictures that said Mr. 70 for him to sign,” Wade said. 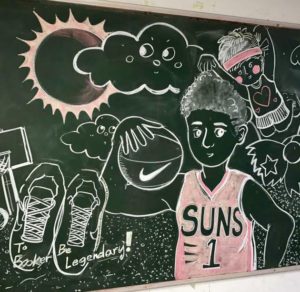 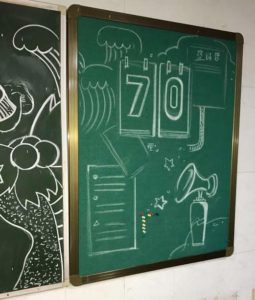 Fans in China remembered the historic game that Booker had back in March against the Celtics in Boston. He scored the most points in a game since Kobe Bryant dropped 81 points in 2006 vs. Toronto. In addition, Booker was the youngest Suns’ player to score 40 points in a game and set franchise record for the Suns for points in a game. Perhaps when Kobe Bryant told him to be legendary, this is what he meant. As Booker continued the tour, fans would show him respect and refer to him as Mr. 70.

“He loves it. Everyone is stopping him calling him Mister 70 and it’s just cool cause we’re on the other side of the world,” Wade said. 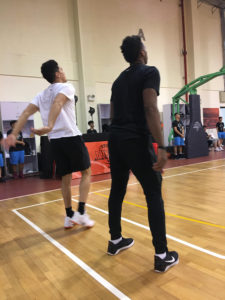 Though he landed a little late, Booker’s day was already planned for him. He would watch the best 60 kids from Asia and Australia compete in a skills challenge and a 5 on 5 match-up. In addition, he instructed some of the drills and even participated in a three-point contest with some of the campers. In the three-point shootout, Booker was joined by Sacramento Kings’ guard, Buddy Hield and they put on a show for the campers. He and Hield competed against two of the campers and they won.

After the camp was over, Booker and Hield continued their normal workout schedule and had two intense sessions to stay ready for the upcoming season. 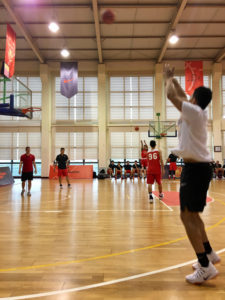 Booker returned to his hotel after a very long day of engaging with the fans and participating at camps. He’s getting adjusted to the time difference and the food. Guangzhou is 12 hours ahead of Eastern Daylight Time in the US. When it’s 7 a.m. in New York it’s 7 p.m. there. Nonetheless, with the food being different he’s having to adjust his diet, eating a lot of fruits and fried rice, and hasn’t eaten as much. But, he’s enjoying the opportunity learning about a different culture.

Booker laid down in his hotel bed checking his phone keeping in touch with everyone back in America. He turned off his light and places his phone on the charger, as he has a long day ahead of him. Tomorrow he’ll continue his tour in Guangzhou, which is a major port city that’s northwest of Hong Kong. The itinerary includes more camps in addition to sightseeing.

Stay tuned for Day 2 of: China Through the Eyes of Devin Booker