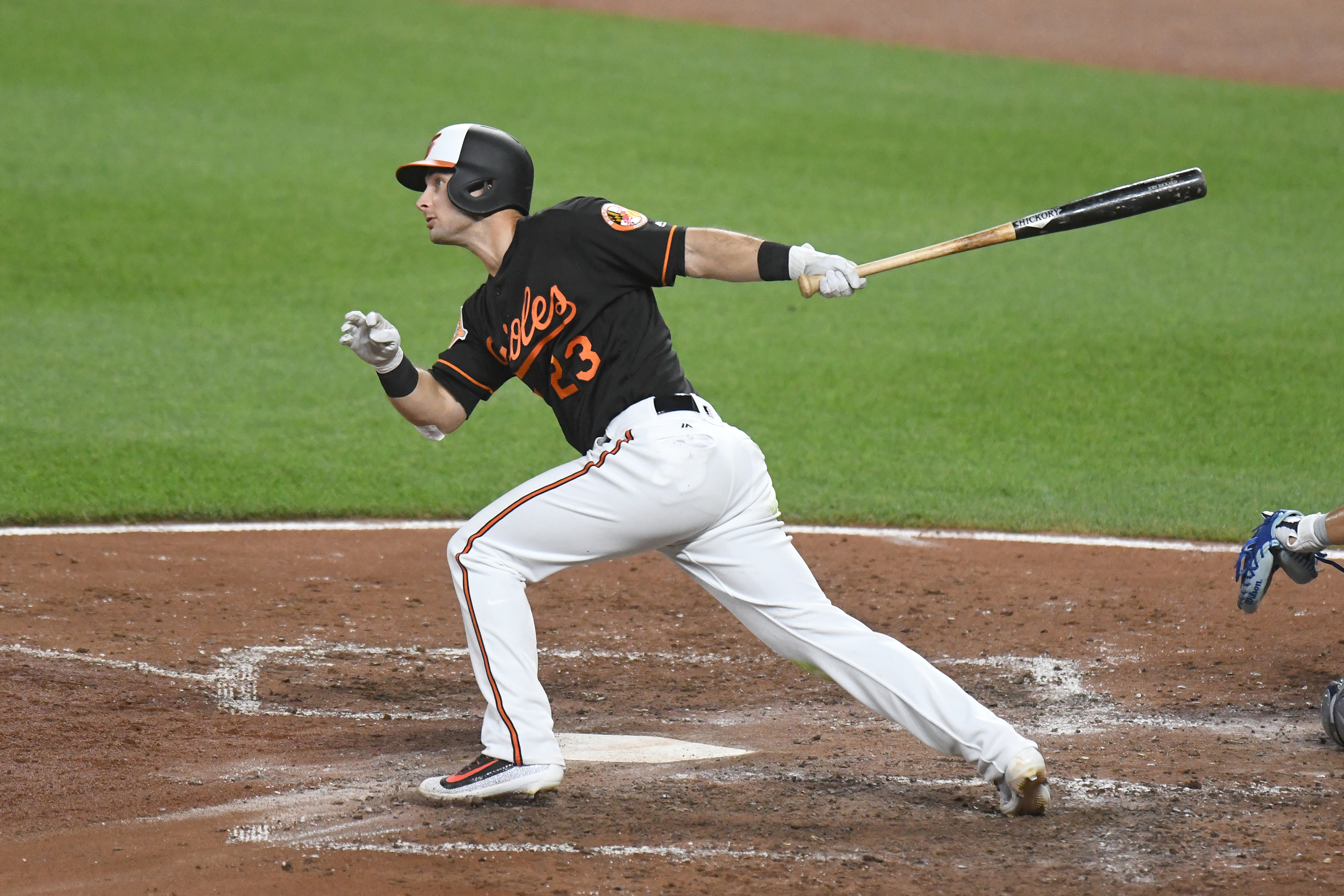 BALTIMORE – Aediny Hechavarria went 4-for-4, including a game-tying RBI single in the ninth, and Steven Souza Jr. hit a three-run home run in the top of the 10th as the Tampa Bay Rays took down the Baltimore Orioles, 6-3, in extra innings on Friday night.

Joey Rickard had two stellar grabs and recorded the first two hits for the Orioles, including a game-tying solo home run, against his former team, but the O’s tallied five hits on the night to fall to 39-40 on the season.

The Rays got on the board first on a two-run homer from Wilson Ramos in the second inning. It was the first long ball on the season for Ramos who recently returned from the disabled list after breaking his leg last year with the Washington Nationals. The home run ended the Orioles streak of 14 consecutive shutout innings coming off Ubaldo Jimenez’s fine performance in the series finale against the Toronto Blue Jays last night.

The Orioles cut the Rays’ lead in half in the third on Rickard’s double that scored Welington Castillo from first. Castillo reached base on an error by Hechavarria to give Baltimore their first base runner of the night, but the Rays shortstop made up for his defensive blunder with his bat.

Rickard showed off his glove in the top of the fifth with two outstanding grabs. Mallex Smith hit one deep into the left field corner where Rickard made the catch after crashing into the lower wall near the baseline. Just a few pitches later, he made a sliding catch on a well-hit ball off the bat of Corey Dickerson to record the final outs of the inning.

The sixth inning would be the end for Tillman as Evan Longoria led off the inning by beating the shift for a single. Tillman walked the next two batters to load the bases before Showalter called on Miguel Castro. Castro got Ramos to ground into a 5-2-3 double play and struck out Tim Beckham to escape the jam. Opponents are now 0-for-7 against Castro with the bases loaded this season.

“The job that Castro did tonight, we are not even in that game,” Showalter said during his post-game press conference. “That was the key to us being into it. What a great job he did.”

Tillman pitched five-plus innings, allowing two runs on seven hits, two walks and one home run while striking out five. He took the mound tonight knowing that his wife is due any moments with the birth of their child.

Baltimore made Tampa pay for not scoring runs in a hurry as Rickard hit the solo shot to lead off the bottom half of the inning to tie the ballgame. It was Rickard’s third home run of the season.

“It was a slider, a 2-1 slider. And I saw it, recognized it early and put a good swing on it,” Rickard told reporters after the game.

Jones lead off the bottom of the seventh with a double to the right field corner, but he was able to hustle into third base on a error by Steven Souza Jr. Mark Trumbo singled in the next at bat for his 39th RBI on the season to give Baltimore the 3-2 lead.

Brad Brach came on in the ninth and got Ramos and Beckham to go down in a hurry, but a Shane Peterson walk got the Rays the base runner they needed. The runner advanced to third on a balk and wild pitch by Brach before Hechavarria came through with his fourth hit of the night to tie the ball game at 3-3. Brach was one strike away from earning the win before issuing the two-out walk.

“Can’t walk a guy there, especially when I have two strikes on him and he’s at the bottom of the order,” Brach said. “Just got to keep my composure out there. I kind of let the balk get to me and that just can’t happen.”

Darren O’Day pitched the 10th for the O’s and walked Dickerson to start the inning. Following a intentional walk to Logan Morrison, Souza blasted one deep to center for a three-run homer to give Tampa the 6-3 lead.

Mark Trumbo sent the first pitch of the Orioles 10th into the bleachers for his 11th home run of the season to make it a two-run ball game, but that was all the runs the O’s could muster on the evening.

The Orioles came to terms with their first-round pick, DL Hall, prior to tonight’s game.

Mycak Givens pitched a scoreless eighth inning and has allowed one run in his last 13 appearances.