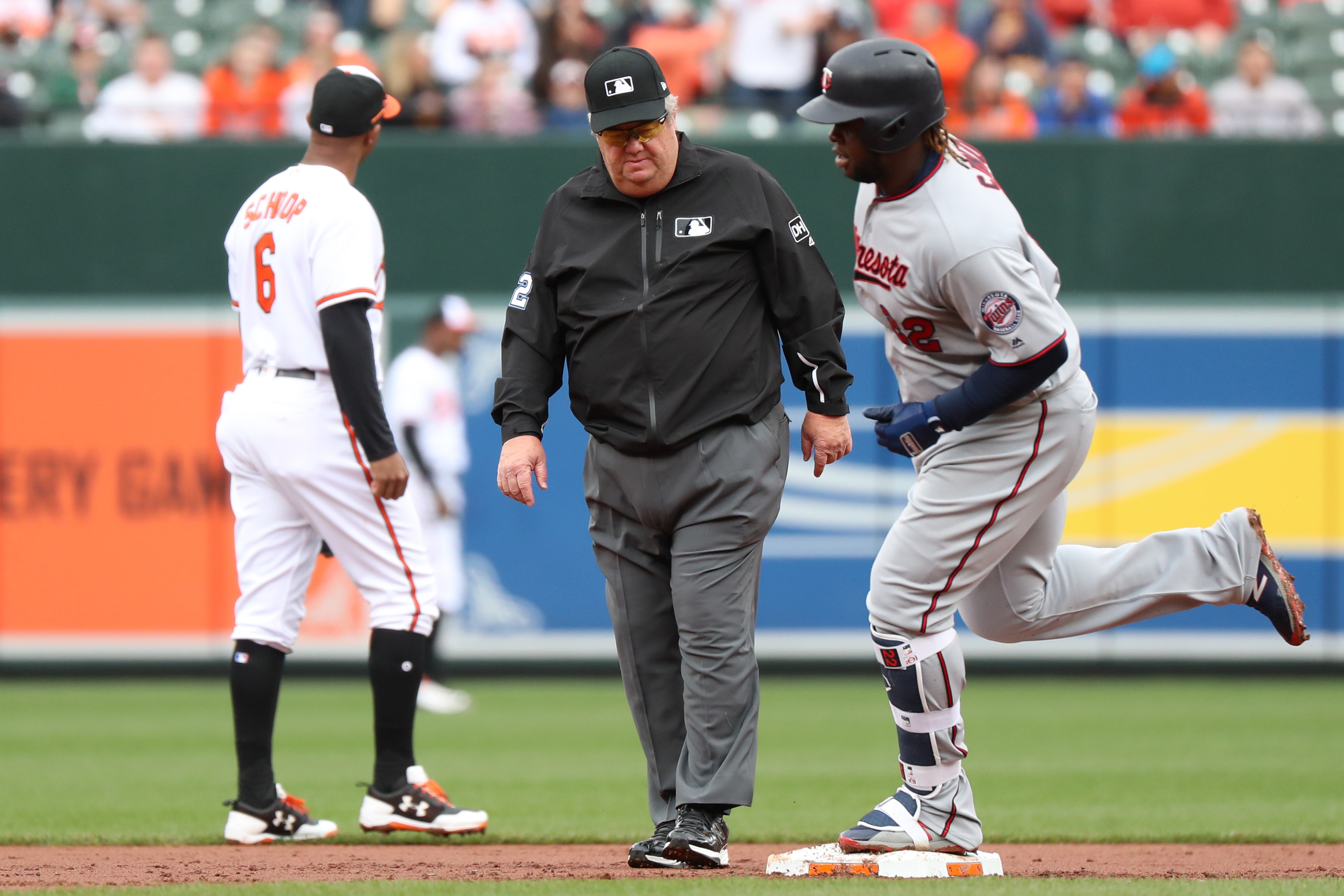 The Orioles offense was non-existent once again in the rubber match against the Twins.

BALTIMORE – Minnesota Twins starter Jose Berrios was dominant in his first start of the season as he held the Baltimore Orioles to three hits and got the complete game shutout in the 7-0 win on Easter Sunday.

The Orioles, who were held hitless through seven innings on Saturday, ended the no-hit bid earlier than yesterday, but the end result was the same. The Twins pitching staff held the offense in check throughout the series as Baltimore finished with just five runs on 11 hits in the first three games.

“They are a really good team with really good pitching,” Orioles manager Buck Showalter said after the game. “Glad to see somebody else to get a hold of them for a while.”

Orioles starter Kevin Gausman was roughed up from the opening pitch. Gausman gifted Brian Dozier with a first-pitch fastball that the Twins second baseman sent just over the left field wall for an immediate 1-0 lead. Joe Mauer was walked in the next at bat, and following a Miguel Sano strike out, Eddie Rosario’s bunt against the shift gave the Twins their first runner in scoring position. Two batters later, Eduardo Escobar hit an opposite field blooper that fell just in front of Trey Mancini to make it a 2-0 ball game.

It got worse for Gausman as a wild pitch with Byron Buxton at the plate allowed Mauer to score and advance Escobar to third. Buxton would promptly single in his at bat to make it 4-0 in the top half of the first.

“I kind of threw it right into [Dozier’s] wheelhouse and he was able to put a good swing on it,” Gausman said. Sano made up for his earlier strikeout with an opposite field home run to lead off the third inning that gave Minnesota a 5-0 lead. Two batters later, Escobar hit a solo home run of his own to make it 6-0. Gausman also gave up a walk and threw another wild pitch in the inning, but fortunately for the O’s, the damage was limited to just the two solo home runs.

“I felt good, but for whatever reason it kind of wasn’t there today,” Gausman said when asked about the decrease in his velocity today. “Felt like I got better as the game went on, really with everything. But I will say that early on, I just didn’t really feel as locked in as I have been since the spring.”

The Orioles’ bats continued to miss pitches until No. 9 hitter Chance Sisco belted a double off the left field wall that just missed being a home run in the bottom of the third. It was all for not as Chris Davis grounded out to strand Sisco at second. Davis, who is batting leadoff for the Orioles, is 0-for-12 to start the campaign.

Minnesota took a touchdown lead in the sixth inning on Dozier’s second solo home run of the afternoon, this time off rookie Pedro Araujo, who came on in relief of Gausman. It is the eighth career multi-home run game for Dozier.

While Gausman struggled in his season debut, Twins starter Jose Berrios showed why many around baseball expect him to be the future of the Twins rotation. The 23-year old mowed through the Orioles lineup throughout the day, racking up six strikeouts and 10 groundouts.

“He had a good, sharp breaking ball. Pitched up in the zone and down. Good fastball. Good changeup. Very much like Gibson last night in a lot of ways,” Showalter told reporters after the game. “He was good. Really good.”

The Orioles tried to make it interesting in the ninth. Sisco bunted against the shift to give Baltimore their first two hits of the afternoon. Davis drew a walk and Manny Machado singled to load the bases. However, Jonathan Schoop popped out to catcher Mitch Garver and Adam Jones struck out to end the ballgame.

“Just trying to do what I can to get on base,” Sisco said when asked about the decision to go with the bunt in the ninth inning. “They are playing the shift right there and kind of gave it to me. If there in shift, I have to take it. I mean, we got bases loaded after that. A couple home runs from tying the game.”

Brad Brach came on in the eighth inning to make his first appearance since blowing the save on Opening Day. It was a much better performance today as he needed just six pitches to get out of the inning, which included a strikeout.

The Orioles will go on the road for the first time this season when they travel to Minute Maid Park for a three-game series against the defending champion Houston Astros. Chris Tillman will take the bump for Baltimore, coming off a year in which he was 1-7 with a 7.84 ERA. Houston will counter with right-hander Charlie Morton, who was 14-7 with a 3.62 ERA in 2017. First pitch is scheduled for 7:10 p.m.