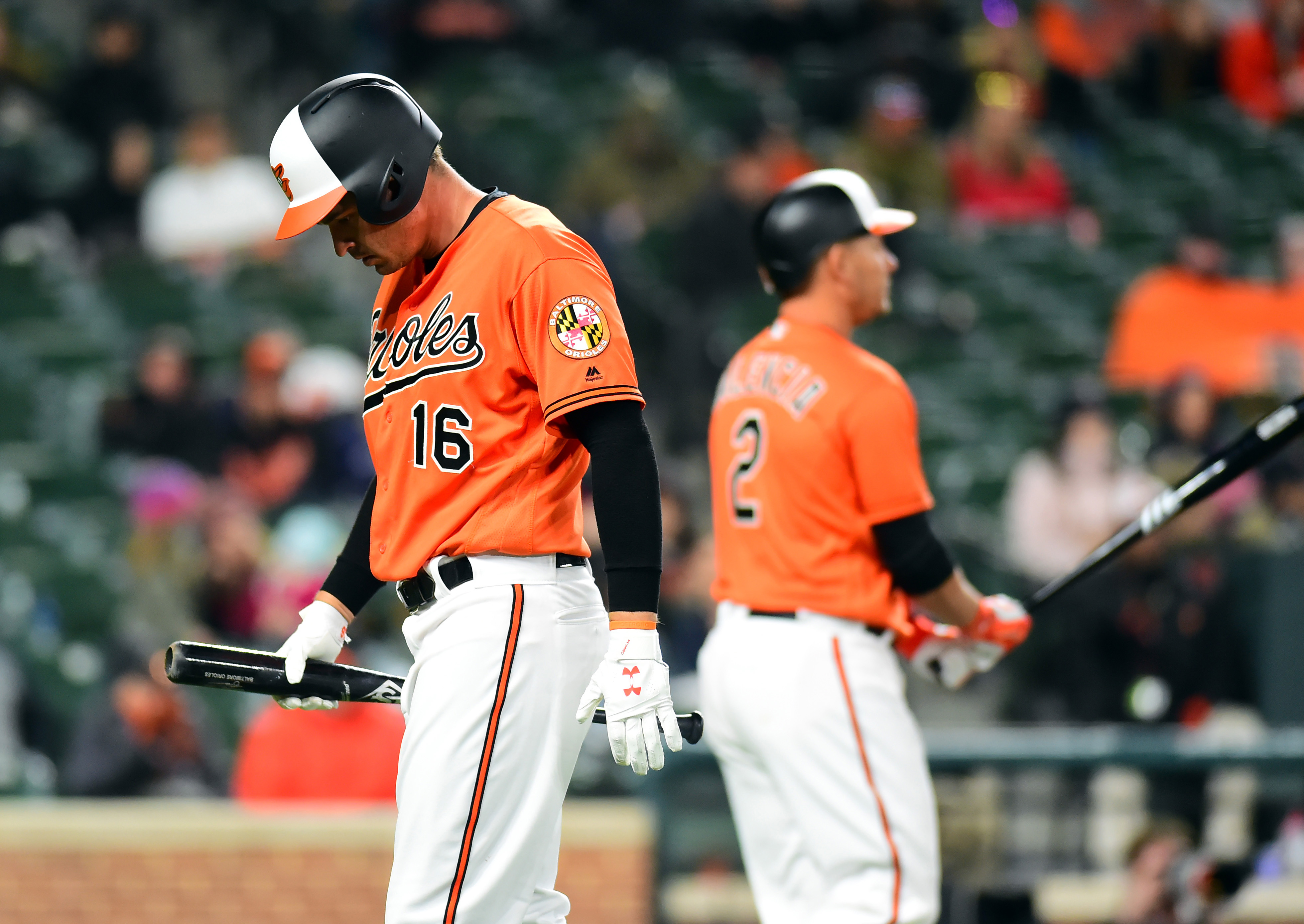 The Orioles were held hitless through the first seven innings in the 6-2 loss to the Twins.

BALTIMORE – Kyle Gibson fired seven innings of no-hit baseball and the bullpen held the Baltimore Orioles to three hits as the Minnesota Twins picked up a 6-2 win on Saturday night.

It was a tough first outing in his debut with the Orioles as Andrew Cashner picked up the loss. The right hander was hit hard from the start of the ballgame, in which he allowed two solo home runs and five runs before his exit following the fifth inning.

Cashner got his first strikeout with the Orioles in just three pitches, but the next two hitters put a charge in the ball. Joe Mauer sent one deep into left that would likely leave the ballpark on a summer night. A few pitches later, Miguel Sano sent one over the left field wall to give the Twins the 1-0 lead. Cashner would strike out Eddie Rosario to give him two punch outs in his first inning with the club, but the Orioles trailed for the first time this season.

The third inning got off to a rough start for Cashner as Jason Castro hammered a long ball to straight center for the second run of the game. Brian Dozier singled on the next at bat and then Joe Mauer’s deep shot off the left field wall gave Minnesota runners at second and third with no outs. Sano came through with a RBI ground out to make it 3-0 with just one out.

The fourth inning saw more hard hit balls off the Twins’ bats as Max Kepler hit a solo home run into the right field bleachers to extend the lead to 4-0. Kepler was been a thorn in the Orioles side in the first two games of the season as his walk against Brad Brach on Opening Day set the table for Minnesota to tie the game in the ninth.

It was more of the same in the fifth inning as the Twins added another run of Cashner. Sano grounded into a double play which allowed Brian Dozier to score from third. Dozier reached third base on an error by Caleb Joseph as he attempted to throw him out at second base. That would be all for Cashner as he finished the game allowing five runs (four earned), on six hits and two walks with five strikeouts in his Orioles debut.

“Yeah a little elevated, but it’s only going to get better,” Showalter said. “Everything gets kind of magnified when you’re not getting any hits.”

Nestor Cortes Jr. made his Major League debut in relief of Cashner in the sixth. It got off to a rough start as a walk, single and another walk quickly loaded the bases with no outs. The youngster got out of the jam by striking out Byron Buxton and forcing an inning-ending double play to prevent the Twins from adding another run.

Meanwhile, the Orioles could get nothing going at the plate, going hitless through the first six innings. Trey Mancini looked to break the curse with a sharp line drive in the sixth, but Rosario made a juggling, diving catch to rob Baltimore of their first hit of the night.

Minnesota continued to pour it on in the seventh. Dozier lead off the inning with a double down the left field line, and Mauer’s single just out of the reach of Jonathan Schoop gave the Twins the 6-0 lead.

Pedro Araujo, the Orioles other Rule 5 pick, came on in the eighth inning to make his Major League debut as well. He fired a clean inning in his first action with the Orioles.

Schoop broke up the no-hitter with a two-out single in the eighth with Manny Machado on base with a walk. Adam Jones, the hero from Thursday’s win, struck out to end the inning.

Tim Beckham blasted a two-run homer in the ninth to give the O’s their only runs of the evening.

The Orioles announced the attandence for tonight’s game at 17,763. That’s significantly less than the 45,469 that were on hand for Opening Day.

In all, three players made their debuts tonight. Cashner made his debut with his Orioles and Cortes and Arajuo made their first appearances in the Big Leagues.

Kevin Gausman will take the bump for Baltimore in the final game of the three-game series on Easter Sunday. Last year’s Opening Day starter was 11-12 with a 4.68 ERA in 2017. Jose Berrios will start for the Twins, coming off a year in which he went 14-8 with a 3.89 ERA. First pitch is scheduled for 1:05 p.m.