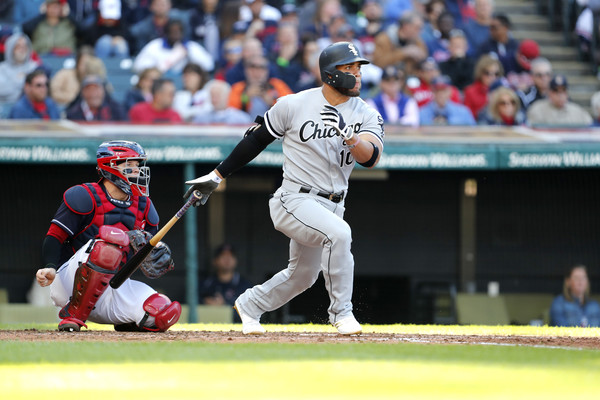 The Chicago White Sox are in the middle of a long and painful rebuild. They’ve been stockpiling assets and developing what has become an army of blue chip prospects. From Yoan Moncada and Michael Kopech to Eloy Jimenez and Lucas Giolito, these White Sox are just about ready to break out.

Most people in baseball are aware of what the White Sox are doing and acknowledge the talent they are accruing. But developing prospects can take some time to really hit their stride and so while the talent is there for the White Sox it may a year or two before they are true contenders.

The White Sox might be ahead of schedule, and we saw why during their 14-7 walloping of the Kansas City Royals. Matt Davidson hit three home runs in four at bats, while Jose Abreu and Avisail Garcia also recorded multiple hits. We know what Abreu and Garcia are capable of as Garcia had a breakout year in 2017 (.330/.380/.506) and Abreu has consistently been one of the best hitters in baseball (at least 100 RBI and a .290 average every year).  Looking further down in the lineup though Tim Anderson and Adam Engel also recorded multiple hits.

Anderson and Engel can be major contributors, Anderson especially as he was once regarded as an up-and-comer in baseball. He had a rough year last year but that has been attributed to some off the field distractions and is expected to be closer to the .283/306/.432 line that got fans excited in 2016 when Anderson first got a taste of the majors.

The one player who did fail to make an impact on Opening Day was Yoan Moncada, but as a former top prospect in all of baseball you have to figure he will put it together at some point sooner rather than later, as he finished last season hitting .276/.349/.469 with an .818 OPS over the final month.

In the rotation the White Sox have Lucas Giolito and Reynaldo Lopez. Giolito has been a little up-and-down performance wise the last few years but went 3-3 with a 2.38 ERA when he arrived in Chicago last year. He carried that into the Spring as he recorded a 2.04 ERA and punched out 17 batters over four starts. Lopez meanwhile struggled in Chicago last year with a 4.72 ERA but still flashed tantalizing potential and looked better this Spring with a 3.86 ERA.

The thing is these White Sox do have some talent on the current roster even with guys like Jimenez and Kopech still in the minors.

The White Sox won just 67 games in 2018 but there is no reason to think that they can’t win closer to 75 in 2018 with a weak American League and specifically a weak Central division. The White Sox already hung 14 runs on the Royals and they’ll be seeing Kansas City a bit, as well as the rebuilding Detroit Tigers. The Cleveland Indians and Minnesota Twins are playoff contenders but there is always the chance to steal a couple wins even from playoff teams.

Once the White Sox start promoting their blue chip guys too the lineup and rotation will only improve. Especially in the case of Jimenez and Kopech those are two guys with legitimate star potential who will be worth a few extra wins just on their own.

Pencil in the Chicago White Sox as a team to watch this season.