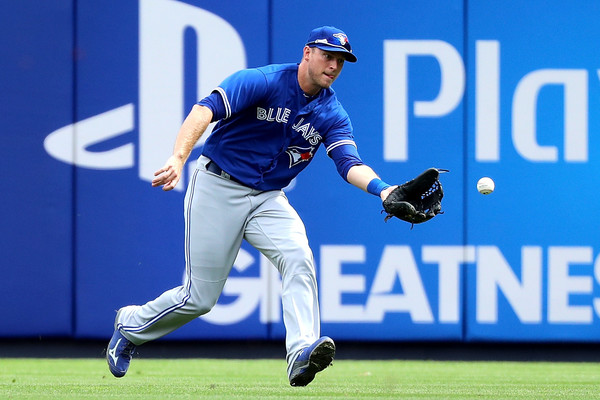 The Baltimore Orioles have reportedly signed free-agent outfielder Michael Saunders to a minor league contract, where he will be assigned to Triple-A Norfolk.

In nine seasons in the majors, Saunders has slashed .232/.305/.397, hitting 81 home runs and driving in 263 runs. The 31-year old didn’t make the Pittsburgh Pirates or the Kansas City Royals clubs this Spring. Despite initially signing with the Pirates, he would be granted release after the club acquired outfielder Corey Dickerson from the Tampa Bay Rays. However, he would bat .275/.356/.350 in 16 Cactus League games with the Royals. Due to not making the Opening Day roster, he would once again ask for his release.

Baltimore has started the season with first baseman Chris Davis as the leadoff hitter. In his first 12 at-bats of the 2018 season, Davis is hitting .000/.143/.000. However, Saunders has shown ability in the past to steal bags and provides a career .260 batting average from the leadoff role.

“Like I told you, I’m not married to it,” Orioles manager Buck Showalter said of batting Davis leadoff on Sunday. “But we are certainly looking for something to try to get him going a little bit early in the season. That hasn’t been the case so far, but like I said when we first started talking about it, you know, we’ll look at it, step back, and we’ll see the cause and effect [whatever you want to call it]. We’re always looking on ways to get better, but Chris [Davis] is not the only one right now, with three games into the season and 159 left, that’s not exactly doing what we know they’re gonna do.”

As a left-handed hitter and outfielder, the Saunders signing may be move to provide depth in right field, especially with the cold start from Colby Rasmus. Rasmus has had seven plate appearances, where he has batted .000/.143/.000.

The Orioles have traded pitcher Stefan Crichton to the Arizona Diamondbacks for cash considerations. Crichton made 11 appearances for Baltimore in 2017, pitching to an 8.03 ERA in 12.1 innings pitched. In 47.2 innings pitched with Triple-A Norfolk, where he pitched to a 7-2 record, with a 3.02 ERA on 50 strikeouts and 11 bases on balls. Crichton was immediately optioned to Triple-A Reno after the trade.