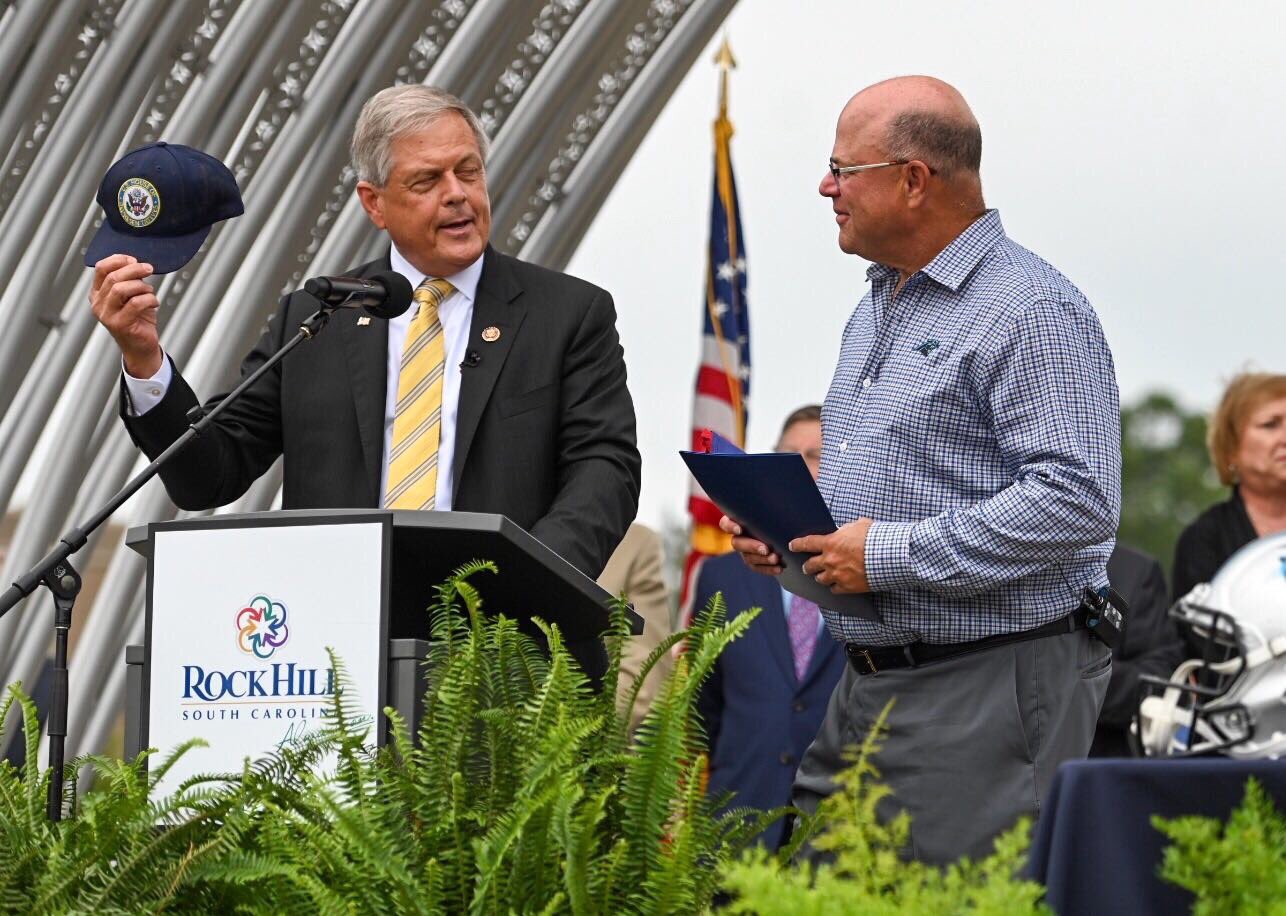 A tax bill offering the Carolina Panthers tax incentives to build a new practice facility in Rock Hill, SC was signed into law on Wednesday morning by Governor Henry McMaster. The move has been in the works for a while now but the official signing cemented the franchise’s move to the Palmetto State.

In a pep rally of sorts, fans filled Fountain Park dressed in Panthers team colors as David Tepper was welcomed to Rock Hill by mayor John Gettys. In only his second year as owner, Tepper has brought about major changes. In addition to the indoor practice bubble currently under construction in Raleigh, Tepper welcomes the expansion into South Carolina and hopes to infuse a winning tradition.

Tepper insists that “a mantra of excellence, and a mantra of winning” is what he and the Panthers will bring to Rock Hill. He went on to express his intentions beyond football. Those plans include the development of a world-class orthopedic and executive medicine facility that would lure visitors from around the world to York County. The Charlotte Observer was on hand as Tepper addressed the excited Rock Hill crowd.

“This is going to be a showcase down here. We’re going to bring people down to this region. We’ll have just a sense of excellence not only up there for the football team, but everything we do down here in Rock Hill.”

Rumblings of the move to Rock Hill began late last year and intensified over the last six months according to Gettys. The new legislation will create $115 million worth of financial incentives which was enough to entice the move. The move is set for 2022.