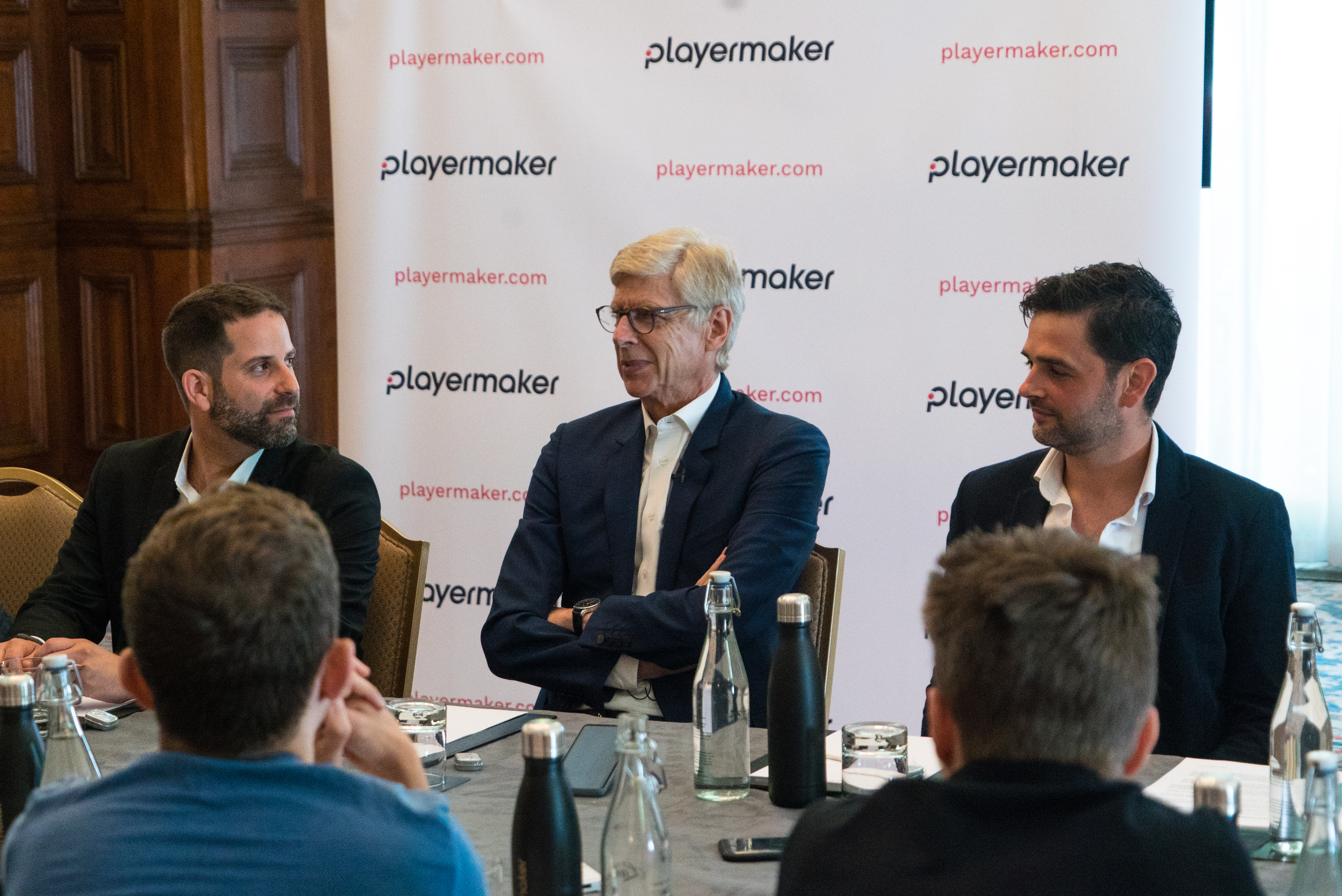 The revered 69-year-old Frenchman, a major proponent and initiator in the evolution of sports science, dietary plans and data analytics at the top level of the professional game in England, embarks upon a unique role in product development and business with PlayerMaker, whereas the well-cultured Wenger’s global influence and association with PlayerMaker has generated positive publicity around the entire world for the ever-growing Israeli company since PlayerMaker’s major business partnership announcement with Wenger was officially confirmed.

The Israel-based professional football technology business, developed by a team of forward-thinking and progressive Israeli’s over the past number of years, insightfully represents a comprehensively adept coaching tool to further revolutionize “The Beautiful Game” beyond further recognition, as well as championing a data analytics tool to generate higher intensity performance levels overall for professionals.

Dean Perretta: Guy, can you discuss the formative origins of how PlayerMaker initially came to fruition and, of course, the brand’s necessary measures of further elevating sports science and data analytics to the next plateau in modern day professional sports?

Guy Aharon: Before starting PlayerMaker, many members of our company’s executive team were involved with a different business called Motionize which, similarly to PlayerMaker, brought data analytics to the world of sport though focusing on more niche categories. The company was a great success, but it soon became apparent that the placement of the sensors used was crucial for adoption as well as scope for development.

After a research period, we quickly shifted our focus to football, having identified that clubs at all levels were beginning to adopt technology at an astounding rate while attempting to identify trends quicker, with more accuracy than their competitors. Our initial transition into football saw around 80 players testing the device for a year, their every move was filmed, analysed and tagged against different football actions, thereby creating the largest database of football movements in the world. Our world-class machine learning experts used this to build the algorithm that runs the current PlayerMaker system and, together with our engineering team, we created our iconic boot-mounted device that is now used worldwide.

Dean Perretta: It’s well-documented for top level professional footballers to possess a vastly well-educated tactical IQ, incredible endurance and to possess strong psychological resilience and exceptional self-awareness in order to highly maintain superbly consistent performance levels throughout the season. Can you discuss the intricately complexed correlation and misinterpreted relationship between the in-depth tactical and mental performance side of PlayerMaker?

Guy Aharon: By analysing the tactical, technical and physical player performance indicators over time, we are able to demonstrate to coaches, managers and players how they are performing at a granular level. We have found that this is not only helpful for immediate feedback on training, but also over long periods of time to show player development.

The collection and analysis of data allows us to turn the raw information into actionable insights – when we combine this with the talent and experience of football professionals, who know their clubs and players inside out, this becomes exceptionally powerful. Following training sessions, coaches get immediate access to data including distance and speed, time to release, pass completion and passing network, which can intelligently inform their decisions on the type and intensity of future regimes.

Dean Perretta: PlayerMaker most recently officially announced the high-profile arrival of Arsène Wenger as an investor and operating partner. A complexed and fascinatingly well-cultured human being beyond merely the parameters of professional football, how has the iconic Frenchman’s uniquely broad philosophy and mind-set benefitted your own scope of life as much as from a viewpoint of sports science and data analysis?

Guy Aharon: It was clear from our first meetings that Arsène (Wenger) shares our passion for improving global football at every level. His experience at revolutionising the sport’s approach to data, technology, nutrition, and more has proved invaluable. As a manager he was an artist, and his creativity and drive comes through as strongly in the business world as it did on the pitch. Arsène’s ability to look at the granularity of a single pass with one eye, whilst observing the evolution of sports and technology worldwide is impressive, and we are looking forward to making some more exciting announcements shortly.

Dean Perretta: Lastly, Professional football is indeed ever-evolving and will continue to ultimately change beyond further recognition in the coming years. What does PlayerMaker’s presence and influence mean for the Israeli Premier League and the division’s long-term progression in the future?

Guy Aharon: Israel are a nation of early-adopters, and Israeli’s are known in the business world for getting things done. As such, they embraced PlayerMaker as a method of improving their performance. Maccabi Tel Aviv were our first clients and have been a fantastic resource for feedback and product development. Our success with them has led to more fruitful partnerships across the country and beyond. Our main headquarters are based in Israel for now, along with our R&D hub, though we have a few other offices in the UK, across Europe, the Americas and Asia.