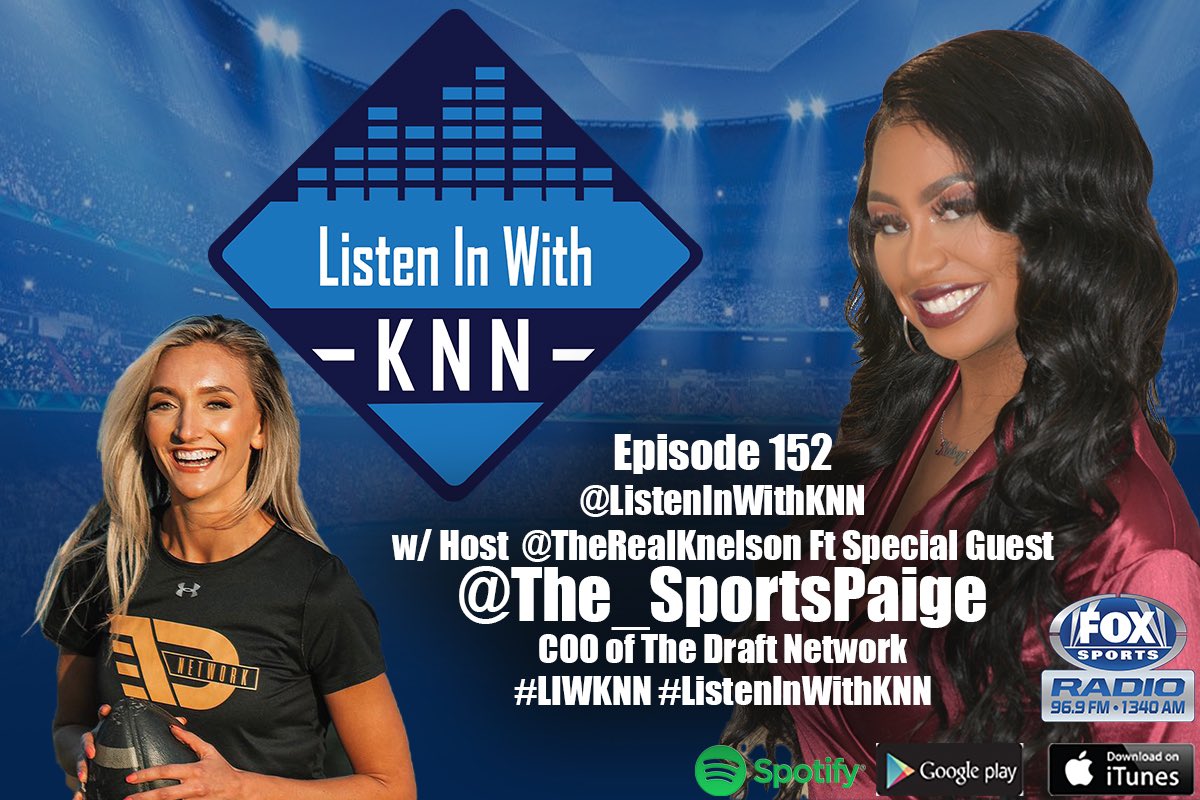 On the 152nd episode of Listen In With KNN on Fox Sports 1340AM, host Kelsey Nicole Nelson welcomed Paige Dimakos, who is the Chief Operating Officer of The Draft Network to the show.

Speaking of her journey, she attended the University of Nebraska from 2008 to 2013 at a time where college students had to have a university email to get on Facebook. Dimakos saw an opportunity for sports to be covered using social media but she got a lot of negative feedback from her professors. As a result, she decided to start her own company called Corn Fed Sports to cover sports in a way that has never been seen before.

“We didn’t make a whole lot of friends but it took a turn when they started to see how many of the student-athletes were interested in participating in our interviews and what we were doing versus the traditional media outlets. I’ve never been a person that’s been afraid to be told no and it motivated me to work harder. That is what set the tone for where I’m at now because of that entrepreneurial spirit and the ability to take risks,” Dimakos said.

Her role as the Chief Operating Officer at The Draft Network consists of pitching brands, producing her own content and doing fantasy football. She previously worked at the Big Ten Network, ESPN Phoenix and CBS Sports as a beat reporter, producing videos, podcasts and live radio. Dimakos brings a unique perspective to this job because of her experience.

“No day is the same and that has definitely served me well as I continue to grow and prosper in this role. This job has definitely been the most challenging that I’ve had but it’s also the most rewarding because I get to watch people do the things that I did for a long time,” she says.

Additionally, Dimakos is the host of a top 50 fantasy football podcast called TDN Fantasy Podcast Her co-host is Jake Arians, who is son of Tampa Bay Buccaneers head coach Bruce Arians. She consumes a lot of podcasts and is a big proponent of people starting a podcast.

“The growth that has happened in podcasting and how much people are involved and it’s been wonderful to watch. Allowing fans on social media to feel like they were a part of the show was a big part of my success. At the end of the day, it’s a fantasy sports podcast and we have to be right,” Dimakos said. “You have to have a podcast with somebody who you’re gonna be able to play off of or it’s not going to be listenable.”

Since her college days, Twitter has grown in the sports realm and it’s been a trend in the last couple of years of putting content in the digital space where sports fans live. Dimakos describes Twitter as her favorite sports bar.

“The second screen experience is so much of when I’m pitching brands. It’s the sports bar where all your friends are there and everybody is talking about sports. Twitter became even more incredibly important to the sports media landscape and it’s given us the ability to connect with our favorite athletes, coaches and media personalities,” she said. “There was never a way for people to have what has happened over the last decade with Twitter.”