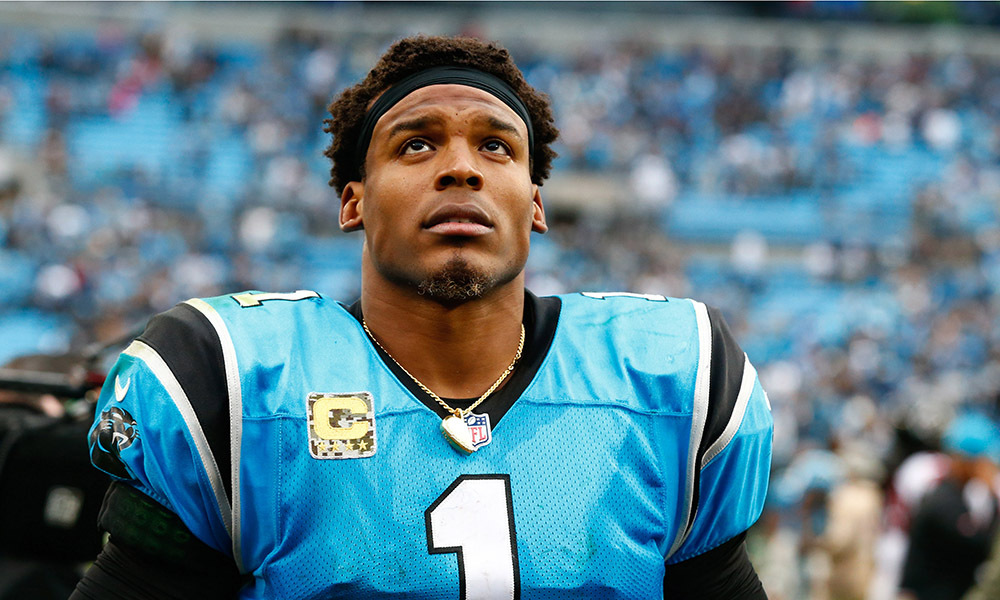 Panthers faced the defending NFC Champions yesterday without Kelvin Benjamin. However, they regrouped and defeated Atlanta.

CHARLOTTE — The Panthers had to learn how to run their offense without Cam Newton’s favorite target really quickly. Newton even mentioned after the trade that Atlanta wasn’t going to feel sorry for them. Nonetheless, on Sunday, the Panthers were hosting the Falcons. The first quarter started off rocky but in the end, Carolina was victorious.

“Well, my gut feeling is we missed some opportunities on all sides of the ball,” head coach Ron Rivera said to reporters in Charlotte after the 20-17 win. “I thought we did some really good things. I thought we showed what we can potentially become.”

Early in the game, the Panthers were sloppy initially and two turnovers resulted in the Falcons leading 10-0. Jonathan Stewart was stripped by the defender twice and ultimately put the Panthers in a hole.

“The hard part is Jonathan [Stewart] is a physical rusher and when he gets churning and those arms are swinging, unfortunately, both times they were able to get their hands on the ball,” Rivera said.

In addition, Newton mentioned how these fumbles put the team in a compromising position.

“We just had some turnovers early on, and that’s unlike Stew, we know that,” Newton said. “But it got us out of rhythm.”

Panthers are Nearly Unstoppable when Newton is on the Run:

However, the second quarter Newton and his offense scored two touchdowns. And later in the game on one play, Newton rushed and flew into the end zone putting his body at risk and stretching his arm to ensure his team will get six points.

“I didn’t want to leave nothing out there to chance,” Newton said. “I just wanted to take what the defense gave me, and I seen an opening and took full advantage of it.”

Newton added, “This was one of those games, I wasn’t caring about body, ligaments, whatever. I’m just trying to win football games.

The Falcons couldn’t convert on 4th downs and the Panthers defense held them to 4-12 on 3rd downs. Newton praised the way his team played on the other side of the football.

“When our defense is playing like that, lights out, we gotta reward them, as well as everybody else, with points,” Newton said.

“I thought the defense did a good job,” Rivera said. “Mike Adams sparked everybody with the big interception and return which helped set up a touchdown.”

Rivera mentioned it’s important for the defense to create those opportunities for the team and put them in prime position to be successful. He went on to say they “set the tone” and was a major factor as to why they won against Atlanta.

Newton finished the night completing 13 of his 24 pass attempts for 137 yards and one rushing touchdown. Additionally, he was seen on the sidelines trying to get the fans motivated and his teammates.

The feelings surrounding this team and the fans and all the excitement that comes along with it has been weighing on Newton for a few weeks.

“Past couple of games, I’ve been doing a lot of self-scout outside of football,” Newton said. “One thing that stuck with me was when the Panthers are emotionless…good things don’t happen.”