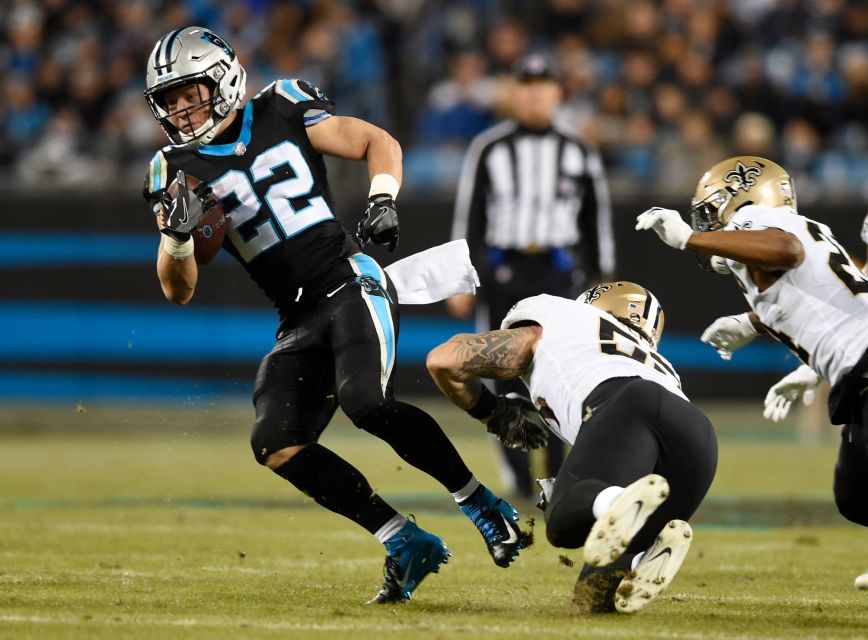 You have heard Ron Rivera echo this sentiment for the last six weeks straight but it is really the only way to describe the Carolina Panthers heart-wrenching loss at the hands of the New Orleans Saints on Monday night.  With all eyes on the Panthers in prime time, the defense stepped up and delivered.  However, the Panthers inability to put points on the board led to a 12-9 loss; the team’s sixth straight.

The Panthers secondary had been the Achille’s Heel during the losing skid, yielding over 600 yards on 15 pass plays of 20+ yards.  Facing the NFL’s all-time passing leader Drew Brees and a Saints offense that entered the game averaging 38.4 points per game, the much-maligned unit played its most complete game of the season.

Last season’s Offensive Rookie of the Year running back Alvin Kamara was held to 67 rushing yards and one touchdown while receiver Michael Thomas was held to 49 yards.  The Panthers defense managed to hold the league’s #2 scoring offense to just one touchdown and two field goals.  Rookie cornerback Donte Jackson intercepted Brees’ attempt at a two-point conversion and took it the distance to put two points on the board for the Panthers.

Red zone woes continue to haunt the Panthers as they turned the ball over twice.  The Panthers lone trip to the end zone resulted in a Cam Newton interception as he attempted to connect with Devin Funhess in the end zone.  On another promising drive, rookie receiver DJ Moore picked up 22 yards down to the New Orleans 28-yard line before fumbling the ball.  The Saints recovered and ultimately scored early in the fourth quarter on a Kamara rush off the right tackle.

Ron Rivera assumed play-calling duties in Week 13 and has been helping out specifically with the secondary and it was evident in this game.  Cornerback James Bradberry hauled in his first interception of the season, returning it to the Saints 42-yard line as the 2-minute warning approached in the second quarter.  However, the Panthers did not capitalize as Newton was intercepted in the end zone to end the half.  Panthers defensive back Captain Munnerlyn had two pass deflections and a sack while Eric Reid added seven tackles and a pass deflection.  Linebackers Thomas Davis and Luke Kuechly played as well as they have all season adding nine and eleven tackles, respectfully.

After a big stop in the third quarter, the Panthers David Mayo was flagged for roughing the kicker giving the Saints 15 yards and an automatic first down.  The defense held again forcing another punt.  With the clock winding down to under two minutes remaining in the game and nursing a 3-point lead, the Saints’ Tommylee Lewis fumbled the ball out of the end zone giving the Panthers the ball and a chance with 1:44 remaining.