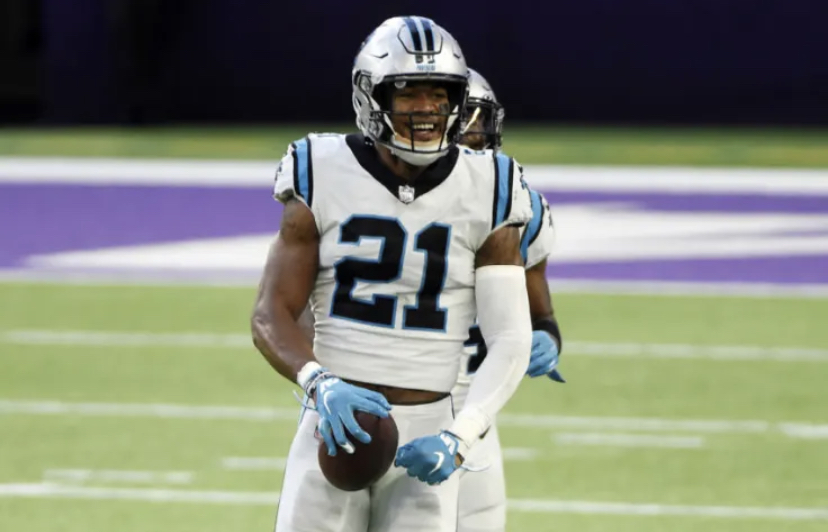 If you thought it was mind-boggling to watch the Carolina Panthers lose to the Minnesota Vikings after having first and goal from the Vikings 9-yard line with a three-point lead and two minutes left in regulation, just wait until you hear this. Jacob Tuioti-Mariner  of the Atlanta Falcons was named NFC Defensive Player of the Week for Week 12.  That’s right, scoring two defensive touchdowns within 10 seconds wasn’t enough for Jeremy Chinn to snag the award over his NFC South opponent.

The Panthers rookie defensive joystick became the first player in the Super Bowl era with two fumble recovery touchdowns in the same game.  Furthermore, his two defensive touchdowns within 10 seconds of game time are also the fastest in the Super Bowl era.  To add to his two scores, Chinn also recorded 13 tackles, a career high in his rookie campaign.  By contrast, Tuioti-Mariner recorded a sack, forced a fumble, recovered two fumbles, and picked up six combined tackles.  Don’t get us wrong, that’s a very productive day; however, it pales in comparison to the record show Chinn put on.

Quite frankly, the NFL got it wrong this time.