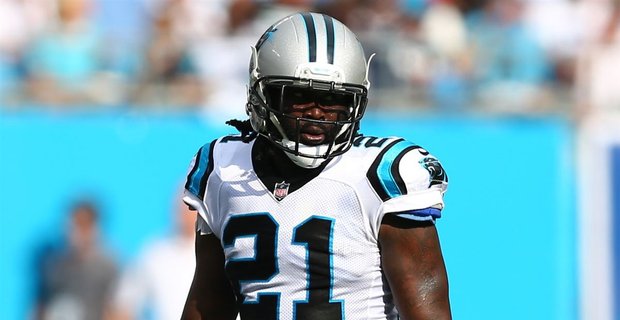 Ron Rivera discussed lack of continuity in the secondary over the last couple of seasons. That has continued in 2018 due to injuries as the Panthers placed veteran safety Da’Norris Searcy on injured reserve.

Searcy suffered two concussions in the span of 30 days. His first concussion of 2018 came during the Panthers’ second preseason game against Miami. The second concussion came near the end of the first half of Week 2’s loss to the Falcons.

With Searcy out of the starting lineup, vet Colin Jones or rookie Rashaan Gaulden will get the nod on Sunday as the Panthers host the Cincinnati Bengals. Regardless of who starts, both will play. Gaulden, who has been splitting reps with Jones in practice this week, saw his first extensive action against the Falcons last week playing 27 snaps after Searcy exited the game.

“I’m really confident in my craft,” Gaulden said following Thursday’s practice. “It just depends if the coaches are confident in me.”

“He’s done well,” head coach Ron Rivera said. “He’s really tough on himself. When he makes a mistake, he tries to correct it and you see him working through it. He asks questions and he’s very aware of his opportunities when he’s on the field.”

Jones is in his 8th season and has started 13 games over his career as a fill-in. The Panthers could possibly reactivate Searcy after he spends at least 8 weeks on IR.