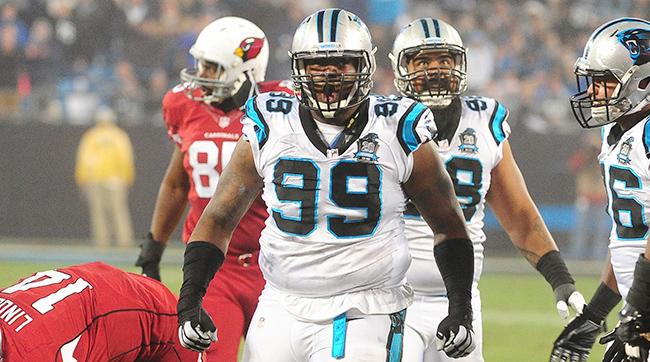 The Carolina Panthers on Tuesday released veteran defensive tackle Kawann Short.  The move comes as no surprise the 32-year-old has only played in five games over the last two seasons due to shoulder injuries.  The health aspect is heightened by the financial impact of keeping Short, who had the second-highest cap number on the roster for 2021.

The day after the season ended, Short told Panthers.com, “We’re all grown here.  So you know what it is.  This is a ‘what can you do for me now’ business, so for me to have injuries back to back, it definitely put that in your head, whether the team wants you or not.”

Short was productive when healthy, notching 32.5 sacks in his first six seasons – tying for sixth-most among all NFL defensive tackles.  In the 2015 Panthers Super Bowl appearance season, Short recorded 11.0 sacks tying him for the NFL lead among defensive tackles.  That 11-sack season was the most by a defensive tackle in team history.  In addition to his two Pro Bowl appearances (2015, 2018), Short also earned AP All-Pro Second Team (2015), PFWA All-NFC (2015), and PFWA All-Rookie (2013).  He was also named NFC Defensive Player of the Month twice in 2015 and NFC Defensive Player of the Week once in that same season.

The move frees up $8.6 million in cap space for the team as they look to fill important positions in the coming months.