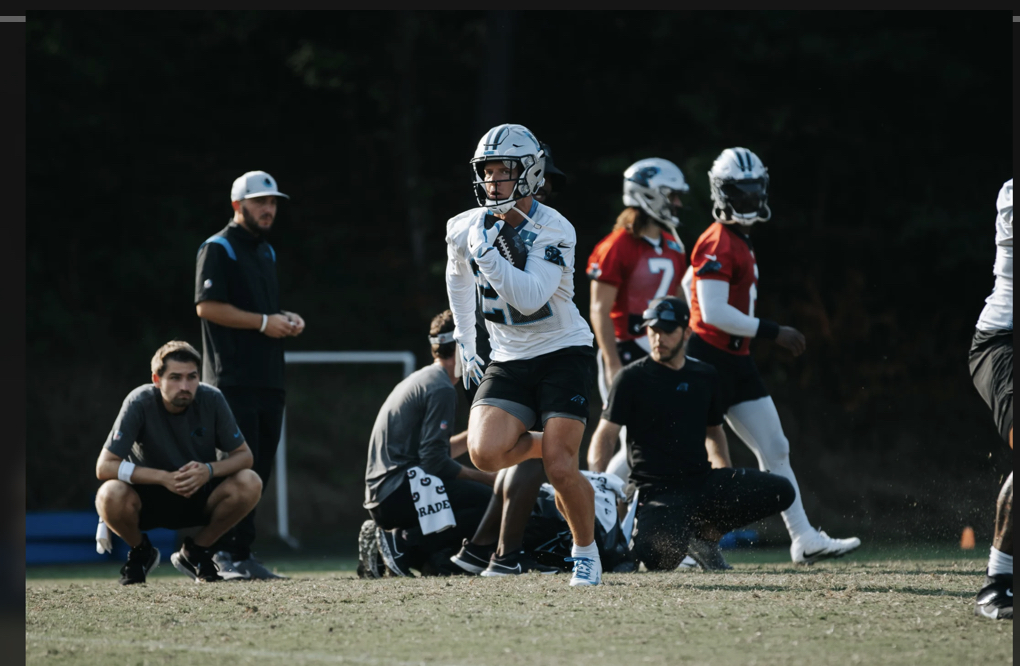 Five days before they travel to take on the Indianapolis Colts in the preseason opener, the Carolina Panthers have released their first depth chart.

There are just a few positions of note: Jeremy Chinn is officially listed as the starter at safety after being listed at linebacker last season.  Chinn was primarily used as a safety during his college career.  Donte Jackson and rookie Jaycee Horn are listed as the starting cornerbacks with veteran AJ Bouye expected to play nickel.  After starting eight games last season, Troy Pride, Jr. is listed as the fourth string left cornerback.

In his fourth season, Jermaine Carter is listed as the starting middle linebacker over Denzel Perryman who has been limited during training camp due to injury.  After getting reps at left tackle, Taylor Moton is staying on the right – for the time being.  Ih an assumed 12 personnel, the Panthers have listed two starting tight ends – Ian Thomas and Dan Arnold.

It’s not a shocker that Sam Darnold is listed at starter.  The interesting thing is that both PJ Walker and Will Grier are listed as second string.  Although head coach Matt Rhule was coy about who was the backup quarterback all last season, Walker got the nod when starter Teddy Bridgewater was unavailable.  Grier saw no game action.

The team has the day off tomorrow as they travel to Indianapolis for two joint practice sessions before the preseason game on Sunday afternoon.