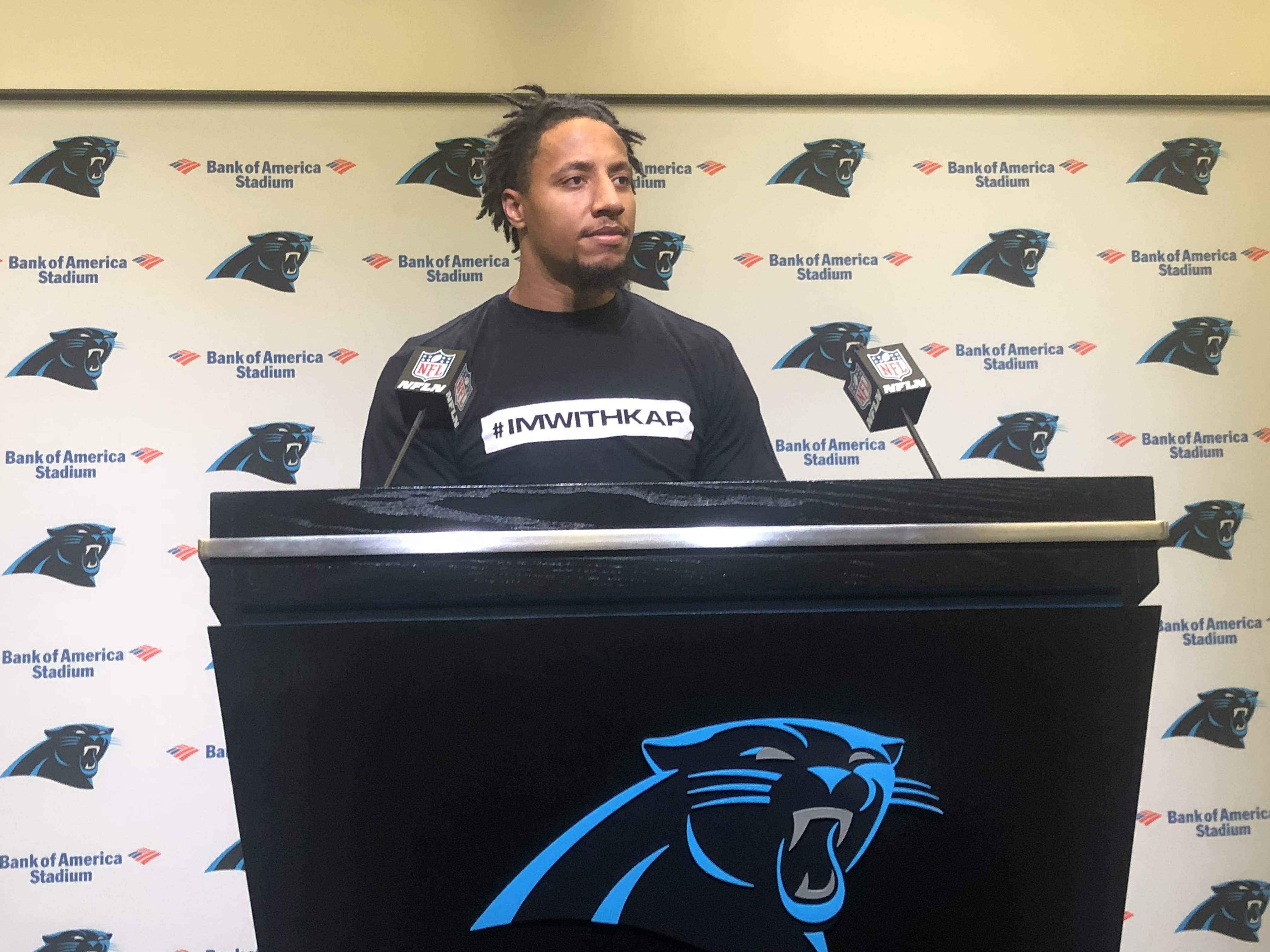 A bye week 4 weeks into the season is a bit early. However, the early week off appears to have been a blessing in disguise for the Carolina Panthers. As of the end of practice last weekend, the team was without Curtis Samuel (medical illness), safety Da’Norris Searcy and tackle Daryl Williams (IR), and Greg Olsen (foot).

Over the break, the Panthers signed safety Eric Reid to a one-year deal and traded for tackle Marshall Newhouse. When the team took the practice field Monday morning, Curtis Samuel and Trai Turner were both back in action while Olsen worked off to the side with trainers – still a good sign.

Arguably the story of the day was Reid. Reid has an open case against the NFL for collusion and, as he disclosed while speaking with the media, he is still moving forward. Due to the status of the case, there were a number of questions that Reid could not answer Monday. When Head Coach Ron Rivera was at the podium and was asked about Reid’s signing, he stressed that it was a football decision. With Searcy out, Reid is a solid pickup and will contribute almost immediately. When asked if he and Reid had discussed anthem protests, Rivera stated that they “had a nice conversation.”

Reid was also asked about his emotions leading up to getting back on the field. He stated that it happened quicker than he thought and also disclosed that he signed with the Panthers over the 49ers because “it was a better deal.” Reid also says that the Panthers did not ask him about his plans or methods of protest before signing him. Prior to the start of the season, the safety had revealed that he is still considering how he will protest this season.

When asked if protesting was worth the risk of losing his football career, Reid cited mass incarceration and systematic oppression as just a few reasons why he protests. He also cited the recent killing of Botham Jean who was murdered in his own home.

Flip the page for snippets from Monday’s press conference.