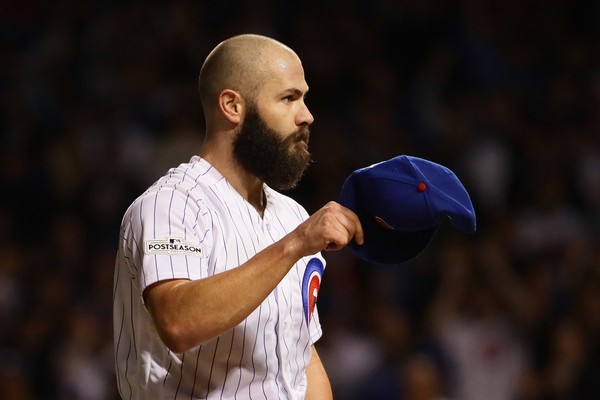 The Headaches of Boras

Big-name Scott Boras client, Jake Arrieta, is still on the market and the rumor mill is back in action. It’s no secret that the Nationals were interested in him, and it seems that interest has resurfaced. The only problem is that the two parties could not come to a contract agreement. One thing about Boras’ clients is he’ll make sure anyone he represents will get paid. The team already has a high payroll and adding Arrieta would send them over the limit. On top of monetary reasons, if the club were to sign Arrieta, their second and fifth picks in the June draft would be gone. So, is he worth the risk?

The team has until the 31st of July (nonwaiver deadline) to bring Arrieta onto the squad. If no move is made by Opening Day, A.J. Cole will be the fifth starter. A role that is familiar to him considering him, Edwin Jackson, and Erick Fedde took turns in that capacity with Joe Ross injured. He finished last season with a 3.81 ERA and showed his potential, however, potential alone will not win you a World Series.

Both players are considered a risk. One is proven and big game ready but a huge gamble for the Nationals in cap room. The other is still a newbie and has loads of potential but there is no certainty with his game. A big “if” and a handful of “possibilities.”

This year is huge, and no major miscalculations can be made. If Arietta has a great year he could be inserted as the third starter when the playoffs come around, behind Max Scherzer and Stephen Strasburg. That is what’s most important and can make all the difference between another dogfight in game 7 of the NLDS or moving onto a world series.