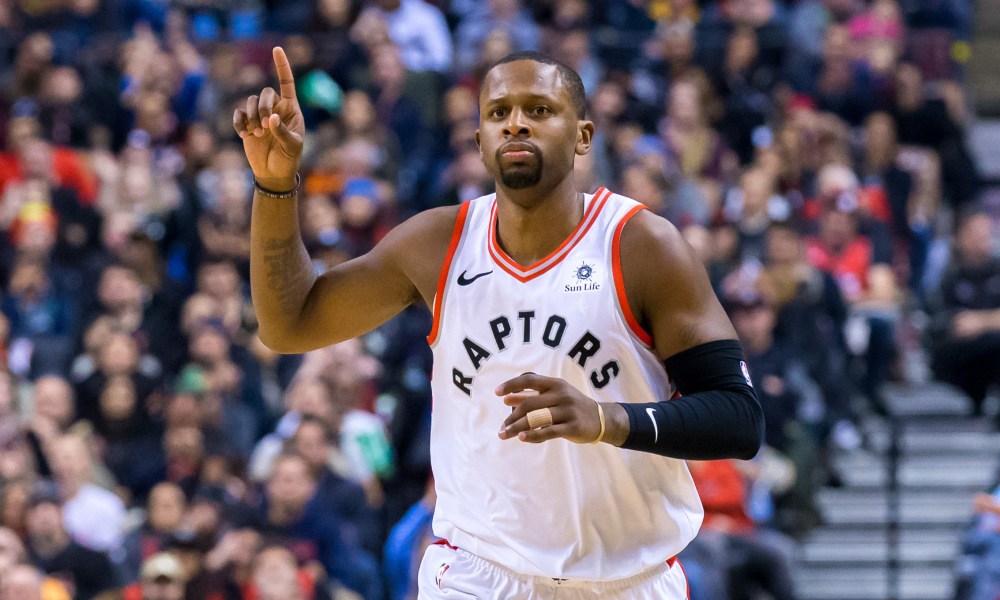 The wild card C.J. Miles lead the Toronto Raptors past the Washington Wizards in the final stretch.

WASHINGTON- “Their wild card C.J,. 20 points, he had nine three’s, luckily he missed three of them. He’s their wild card and their bench played well. Our bench did not play like they had been playing, unfortunately, we needed the entire team to come through and play against the best team in the east and on top of that we turned it over,” said Coach Scott Brooks after Friday night’s 102-95 loss against the Toronto Raptors.

Coach Brooks said it best and this wild card that he speaks of, C.J Miles, provided the spark that the Raptors needed off of the bench to seal the deal in the final stretch for Toronto. C.J and his supporting cast accounted for 77% of their total offense with 79 points from the bench. That same energy couldn’t be transcended to Washington’s second unit who would normally average 34.9 points per game but tonight was limited to 14 points.

All-Star Demar DeRozan led the Raptors in scoring with 23 points and Otto Porter led the Wizards with 24 points in scoring. Bradley Beal did a complete 360 from his eight-point performance against the Golden State Warriors and scored 23 points against the third best defense in the league.

When asked on the improvement of this Toronto team since their previous meeting Bradley Beal said:

Another point of emphasis for this Wizards team is winning the turnover battle. Tomas Satoransky had an uncharacteristic night with six turnovers and the Wizards team as a whole committed 18 turnovers that converted to 27 points for the Raptors.

When speaking on the turnover battle, Sato said, “I think it was bad decision making especially on my part I think I have to a much better job especially in the first half, I felt like that had an influence on my game. There were some bad mistakes I usually don’t do.”

Those mistakes were enough for a Raptors team that preys on any opportunity to score.

As of today’s standings, Washington faces 13 teams that are in the playoff race. This final stretch is going to be a testament of the Wizards’ ability to make adjustments and after the loss against Toronto, all of Washington’s incapabilities hit them at once and that should help them this team to evolve moving forward.

On Sunday, the Washington Wizards welcome the familiar (35-27) Indiana Pacers who are 9.5 games behind the Toronto Raptors in the East.