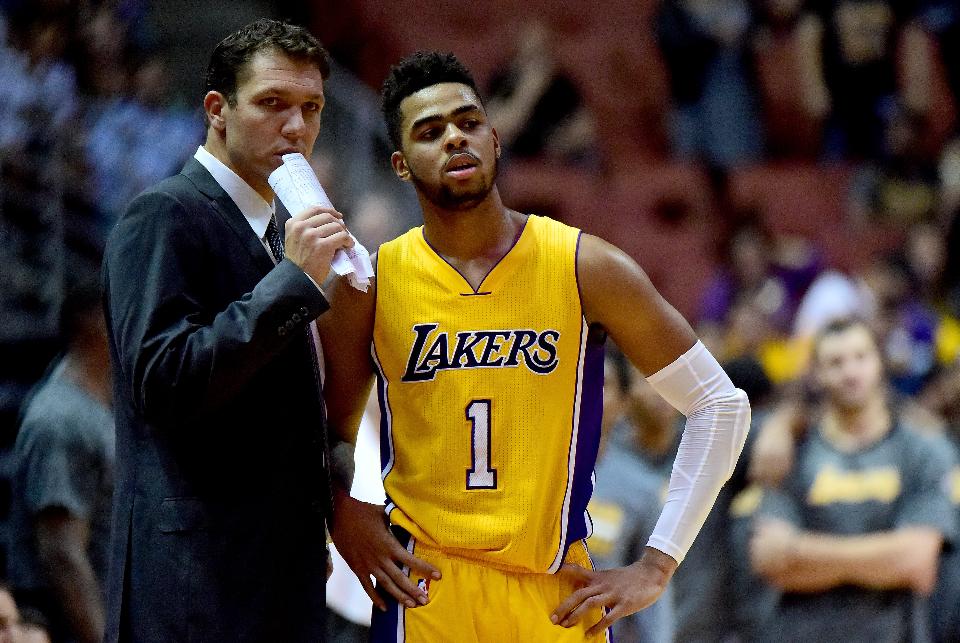 After an iconic Kobe Bryant retired from the Los Angeles Lakers earlier this year, many people felt the Lakers’ organization was going to be in trouble if they could not find a solution to their chemistry problem. They had a bunch of players that had the potential to good things , but their chemistry was off on both sides of the floor.

During the offseason, new head coach Luke Walton wanted to keep the team in the right direction and let them play through the pain. “Last year we were among the worst teams in the league actually in both categories,” Lance Nance Jr. said. “But defensively I’d say everybody’s actually putting forth an effort on that end this year, which is just 10 times better.”

During the NBA draft, the Lakers  drafted Brandon Ingram. Ingram is adapting and growing into his role, coming off the bench. He has been effective at getting to the rim and making it every minute count.

Even Golden State’s Superstar Kevin Durant has taken a look at Ingram and was impressed with Ingram’s skill. “The narrative comes from the outside,” Durant said. “If that came from GMs, he wouldn’t have been picked No. 2. So he must have been doing something right. A lot of players might be stronger than him, but they don’t have the other things. He’s a sponge. He wants to get better and he wants to learn. Those are much more important than lifting 185 pounds.”

Outside of Ingram, D’Angelo Russell had stepped up his game. He has improved all-around with making decisive decisions with the ball, feeding his teammates when they are open, and making sure that he controls the tempo of the game. Another young laker that is thriving is Julius Randle. Randle leads the team in rebounds (8.2 per game) and picking up where he left off last year. He was one of five players (DeMarcus Cousins, Pau Gasol, Karl-Anthony Towns, and Anthony Davis being the others) that averaged a double-double in points and rebounds while shooting over 70-percent from the free throw line.

They’re young and play with a chip on their shoulders. The nine players on the bench that get at least 20 minutes per game have been productive with making the Lakers’ successful early in the season. Los Angeles is ranked sixth in the league in scoring, averaging around 107.9 a game and have the highest bench production in the league right now averaging 49.4 a game.

After a 125-99 loss to the Timberwolves on Sunday, the Lakers are very optimistic that they are improving day in and day out. “They played more aggressive than we did,” Lakers coach Luke Walton said. “That was obviously where we wanted to be, but there are not many teams in the NBA that go three and four nights on the road and can bring it on that last night. We’ll continue to get better. At that point, it becomes more mental than anything else and we didn’t have that tonight.”

The Lakers are 6-5 in the Western Conference and have a lot of people talking about the possibility of the Lakers being in the playoffs if they can execute and play with a chip on their shoulder.