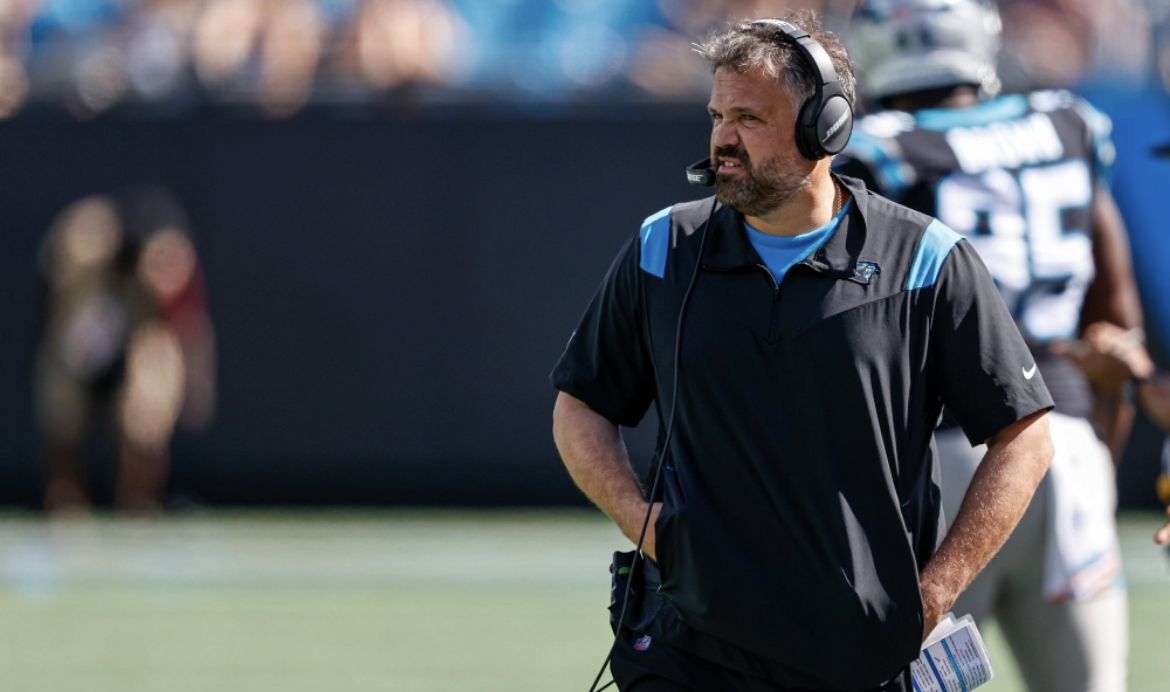 The New York Giants sit at 1=5 going into Week Seven, but as Carolina Panthers cornerback Donte Jackson said, “We’re not in a position to overlook anyone.”  That’s an accurate assessment as the Panthers have dropped their last three games after starting 3-0 with a defense ranked first in the league.  Some point to the absence of Christian McCaffrey who left the Thursday Night Football contest in Week 3; the last time the Panthers won a game.  However, the best ability is availability and if we’re being honest, McCaffrey has not been that.  Head coach Matt Rhule said following the team’s loss to the Minnesota Vikings that the offense is still searching for its identity without the dynamic running back.  Rhule is in his second year at the helm and has only had McCaffrey available for 6 of the 22 games that he has coached.  That being said, there is no way that the offense should be built around the Stanford product to the point where it completely stalls without him in the lineup.

Nevertheless, there are still eleven games to be played, the next one against a team that has struggled to find wins.  One of the more glaring statistics in the Panthers’ losses is turnovers.  Quarterback Sam Darnold has accounted for seven of those turnovers by themselves and he’ll have to take care of the ball against a Giants defense that ranks 10th in the NFL in takeaways.  Let’s not forget the obvious storylines of former Panthers players facing their former team for the first time: kicker Graham Gano and cornerback James Bradberry.  Gano’s departure from Carolina was far more complex than Bradberry who signed with New York in free agency.

The former Florida State University kicker made waves earlier in the week when he blasted the training staff in Carolina and shared how he was cut from the team after being told he would have the opportunity to be assessed by the new coaching staff.  To add a bit of flair to the storyline: Gano kicked not one, but two game-winning field goals to give the Panthers wins in their last two meetings with the Giants.  The latest was in 2018 when he booted a 63-yarder as time expired to send the Giants home from Charlotte with a 2-point loss.  The thought that the Panthers could leave New Jersey with their fourth straight loss off the foot of Gano has been a fleeting thought.

Nevertheless, tomorrow’s game hinges heavily on Darnold – who some have determined has regressed to his New York Jets form.  Rookie Chuba Hubbard has been solid in McCaffrey’s absence and Rhule has said that they plan to establish the running game in an attempt to “stay ahead of the chains” – in the words of offensive coordinator Joe Brady.  That game plan wouldn’t be bad considering the Giants are near the bottom of the barrel in run defense.  The G-men don’t fare much better in pass defense, but Panthers receivers struggled to hold onto the ball last week.  In other words, it’s Carolina’s game to lose. Also, Stephon Gilmore, acquired from the Patriots a few weeks ago, is listed as questionable in his first week back from the PUP list.  Kickoff is set for 1pm ET.