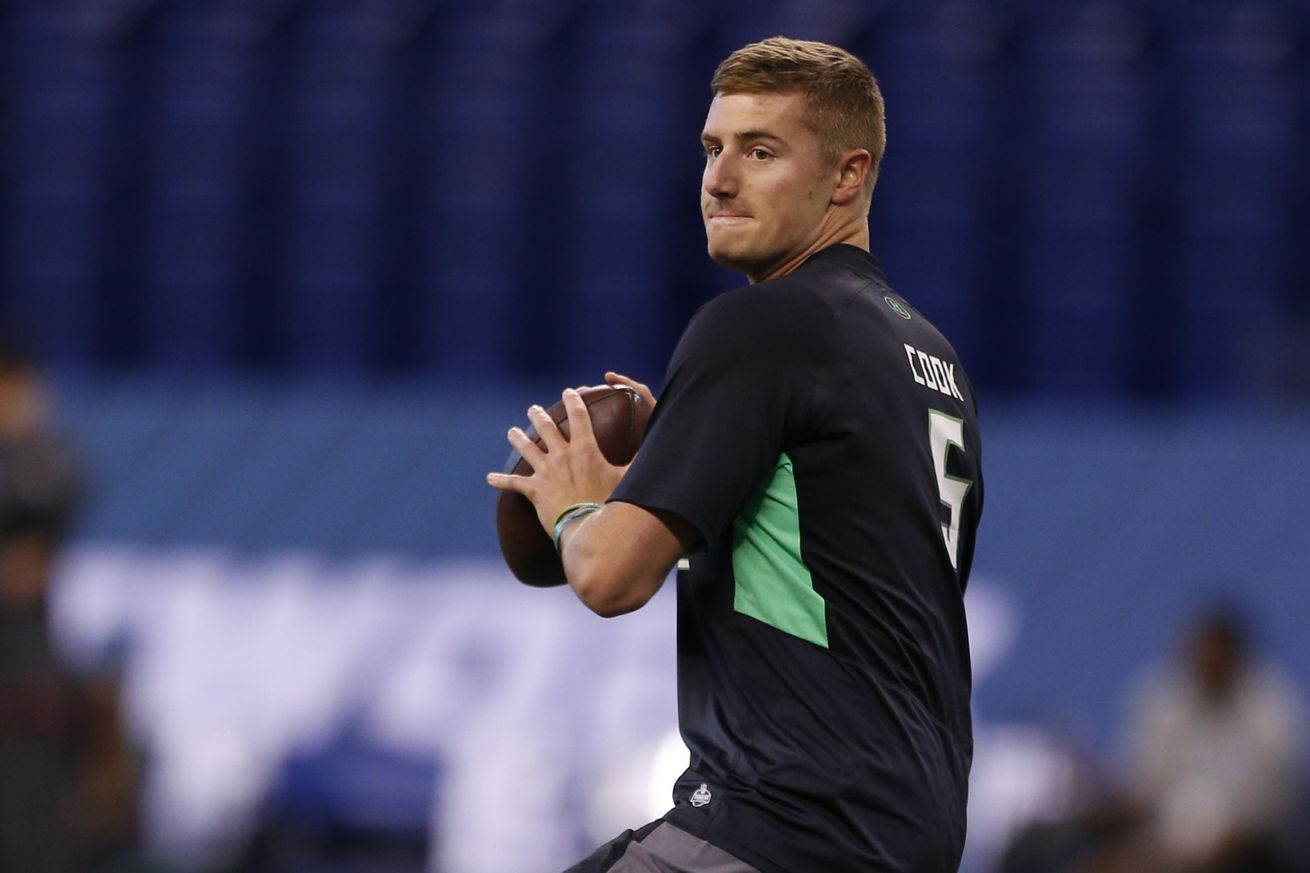 The Oakland Raiders have lost their starting QB Derek Carr and backup Matt McGloin to injuries in the last two weeks. Connor Cook will start against the Houston Texans on Saturday.  Last week against the Broncos, Cook went 14/21 for 150 yards, one touchdown, and an interception in a loss.

“There are two ways of looking at it, so I think obviously the weight of, ‘Oh my gosh, this is your first start and it’s going to be a playoff game,’ that’s a big one to bite off,” Raider’s head coach Jack Del Rio said Monday, via CSN Bay Area. “Whether that is the case or whether (Cook) comes in in a backup role, we’ll see. “We’re going to work through the week the best we can, see what we have health-wise with our team and then make that determination.”

This is a big game for the Raiders. The Raiders have not been to the post-season since their Super Bowl victory over Tampa Bay in 2002.

Since head coach Jack Del Rio took over in 2015, the team has improved. In 2015 the Raiders went 7-9 and 12-4 in 2016. They have improved on all sides of the ball, but they will have some adversity to face against the Texans.

Cook will be facing a Houston team that has been almost perfect at home; They are 7-1 at home and 2-6 away from home. Cook has been in this position before when he played for Michigan State as a backup his freshman year.

The starter was injured and Cook took the chance to show everyone that he was there for a reason. In 2012, he took over as the starter because Michigan’s started was injured. He won the Buffalo Wild Wings Bowl, completing four of 11 passes for 47 yards and a touchdown. The next year Cook lead a comeback in the Rose Bowl over the Stanford Cardinals, and in his senior year, he overcame a deficit to pull a game winning 16-13 victory over the Iowa Hawkeyes in the Big Ten Championship game.

Cook has been in situations were he did not have the experience, but he played lights out.

Cook will need to play sound ball; no mistakes and making sure that he reads the Texans’ defense before snapping the ball. This may be the biggest game of his life, so he has to stay calm and let the game come to him in order to pull off the upset.