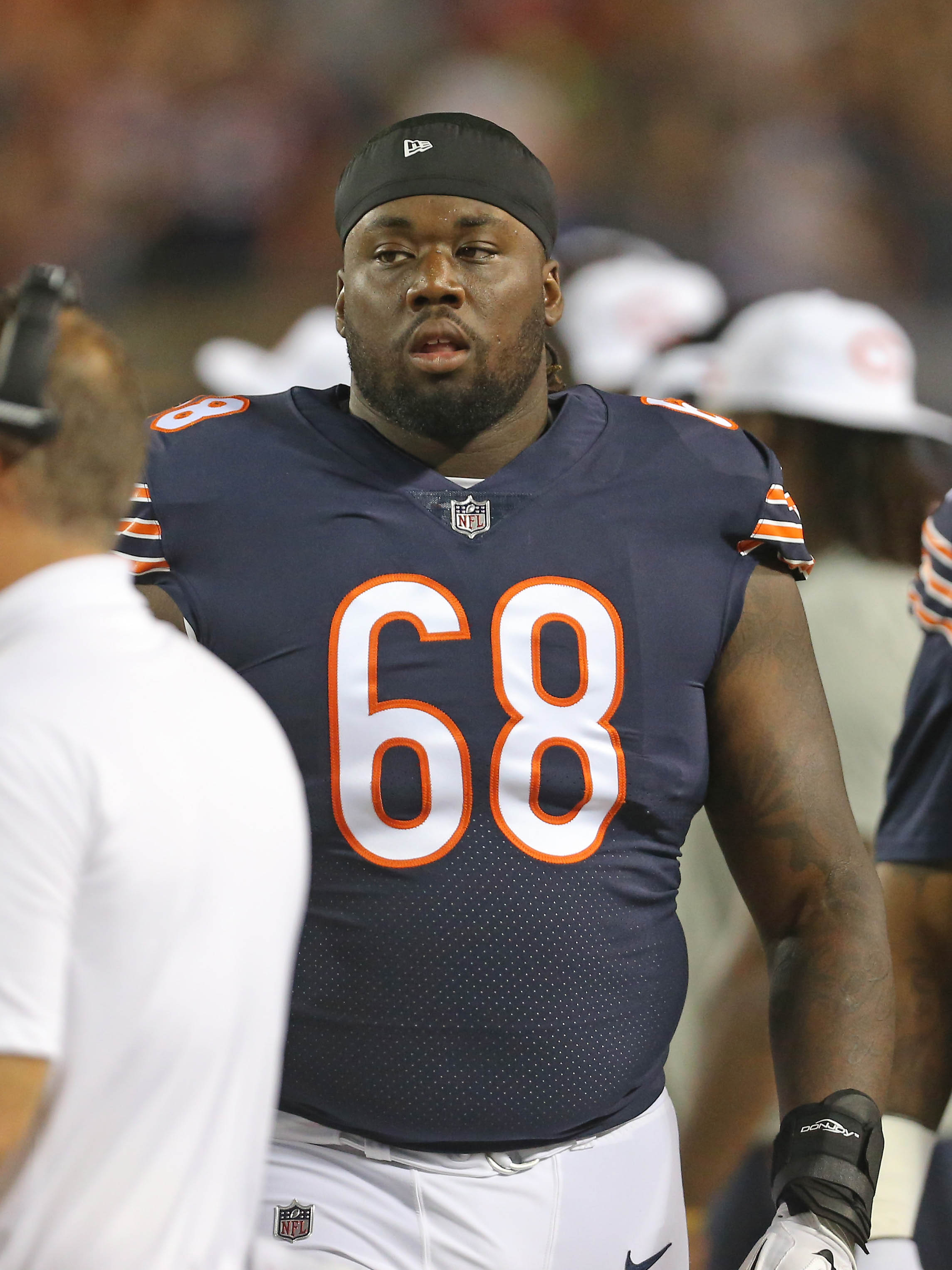 The Baltimore Ravens saw both linebacker Bam Bradley (knee) and offensive guard Marshal Yanda (ankle) go down with season ending injuries against the Cleveland Browns. Now they have added two offensive lineman onto the roster.

BALTIMORE, Md. — The Baltimore Ravens added center Matt Skura from the practice squad and signed rookie offensive tackle Dieugot Joseph from the Chicago Bears practice squad, to the 53-man roster on Tuesday. To make room for both players, Baltimore placed both Bradley and Yanda on the injured reserve list.

We have placed LB Bam Bradley and G Marshal Yanda on IR.

We have upgraded C Matt Skura from the practice squad and signed OT Dieugot Joseph to the 53-man roster.

Joseph brings a solid frame (6’6, 302 pounds) at offensive tackle. The rookie offensive tackle played in all four preseason games and can play both left tackle and right tackle. Jake Perper of Chicago Now had this to say about Joseph’s showing during the preseason:

“The Bears loved what Dieugot Joseph was able to put on tape in the season finale against Cleveland,” wrote Perper. “Although released on Saturday, he was signed back to the practice squad, per sources. He played both left and right tackle and gives them a big and athletic tackle to develop.”

It was a surprise that Joseph went as an undrafted rookie free agent because he was a very talented left tackle at Florida International. He has quick feet and strong hands in pass protection. However, he is a tad undersized at the position, but could become stronger with some time in Baltimore’s program.

As for Skura, his play during the preseason was just about good enough for him to make the 53-man roster. However, Baltimore cut him when they acquired center Luke Bowanko (from the Jacksonville Jaguars) and offensive guard Tony Bergstrom (from the Arizona Cardinals). Now with Yanda out, the 6’3, 313 lbs Duke product will have to prove his worth in a depth position.

Baltimore has constantly gotten beaten up, currently having 15 players on the injured reserve list this season. Their two new linemen will have to step up to assist Baltimore’s ailing offensive line, which has seen rookie offensive guard Nico Siragusa (knee), starting offensive lineman Alex Lewis (shoulder) and Yanda. Baltimore has placed James Hurst and Bergstrom at both guard positions and signed right tackle Austin Howard, who has played well at the position.

Filling Out the Practice Squad

The Ravens also filled out their practice squad by signing linebacker Nicholas Grigsby, offensive guard Arie Kouandijo and running back Jeremy Langford on Tuesday and cornerback Josh Thornton on Wednesday.